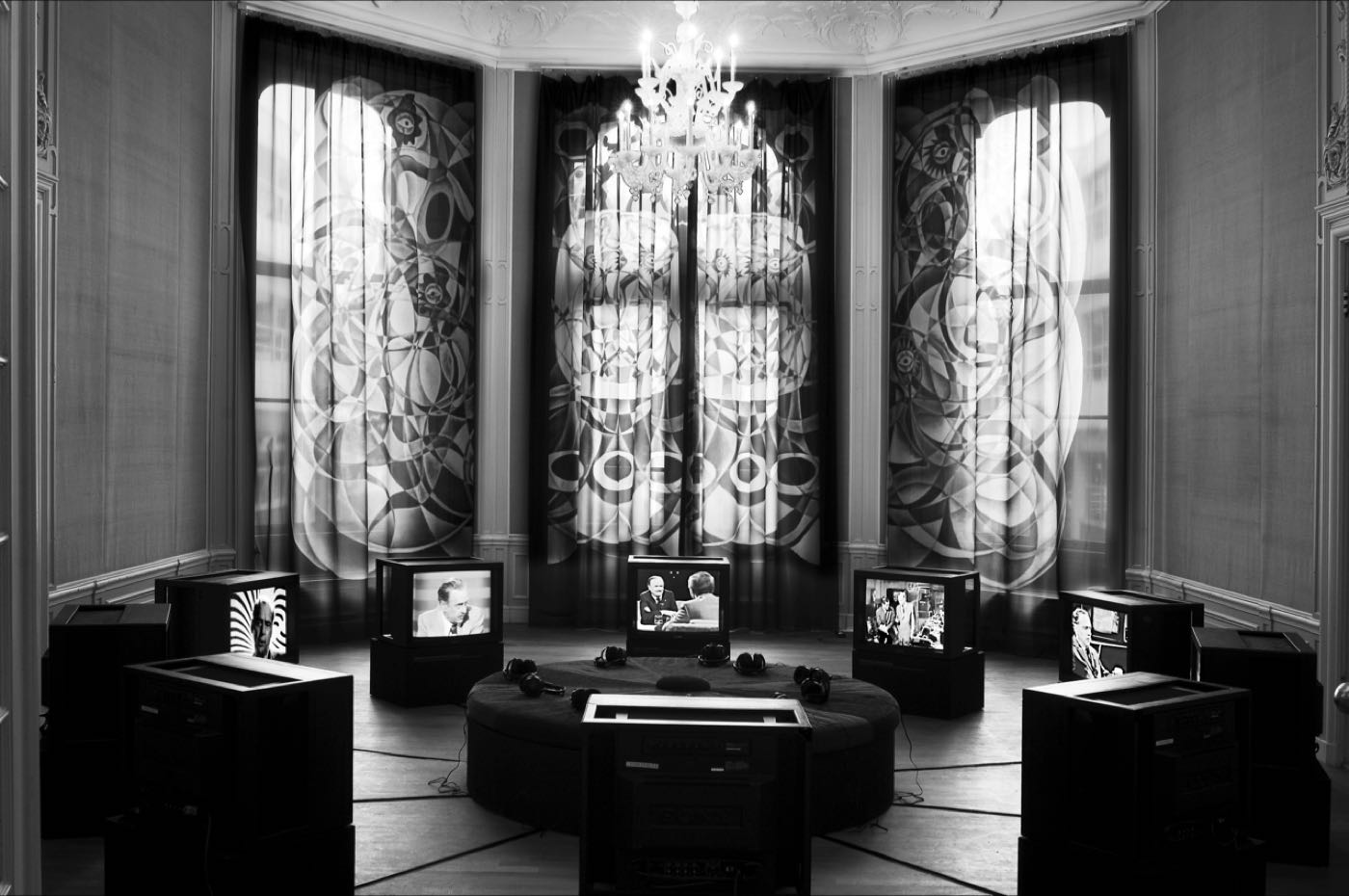 
Feedback #1
Marschall Mcluhan and the Arts exhibition symposia and workshops touring program launched in September 2017 in the Hague.
Feedback #2
Takes place Dec 2017- Feb 2018 in Leipzig and Berlin is the next instance of the project which includes programs in Paris (2018), Karlsruhe (2019), Toronto (2019)


War and Peace in the Global Village

‘Feedback: Marshall McLuhan and the Arts’ is a recursive project with a focus on the radical, experimental publications of the historian of literature and scholar of technology, Marshall McLuhan. In 1962, he predicted the 'Global Village' and in 1964 famously proclaimed 'The medium is the message'. McLuhan became one of the most well-known and influential public intellectuals of the 1960s and an icon of pop culture. ‘Feedback’ brings artists, designers, scholars and thinkers together to probe, encounter and contest the light-speed electronic information environments we inhabit today.

Exploding out of the wreckage of World War II the early cyberneticists Norbert Wiener and Claude Shannon sketched out a future where even thinking could be automated. Marshall McLuhan saw in the electronic information of global instantaneous mass-communication of the satellite and tv-age, the end of the rational tradition of enlightenment Humanism, and the emergence of a ‘Global Village’ and ‘Global Theater’ where people would be caught up in their interconnectivity and develop new social art forms.

This project elaborates the most basic of cybernetic principles, that of feedback. Here artists reflect on how experience of our technological context forms how we perceive and understand our world, the feedback loop between observation, memory and imagination. This project is also accompanied by archival materials from McLuhan’s radical publishing practice, social cybernetics in print from a scholar who burst out of the academy to embrace the popular forms such as the magazine, paperback book, and most importantly tv, with a message that was so tuned to the new media, This made McLuhan an unlikely superstar. McLuhan consciously instumentalized his celebrity status to experiment in realtime with a nationwide audience. Never before or since has scholar of communication played such a public role in our understanding of technological change.

The pace of technological transformation, automation and globalisation has resulted in massive human migration, precaritization, displacement and new transitional modes of existence. The Internet, built to maintain command and control of the US military in an extreme emergency has become commercialized infrastructure where unprecedented new forms of communication and exchange are emerging. Publics are formed and dissolved algorithmically according to need, no longer on the level of opinion or knowledge, but according to advanced social cybernetics of politics and the advertising economy.