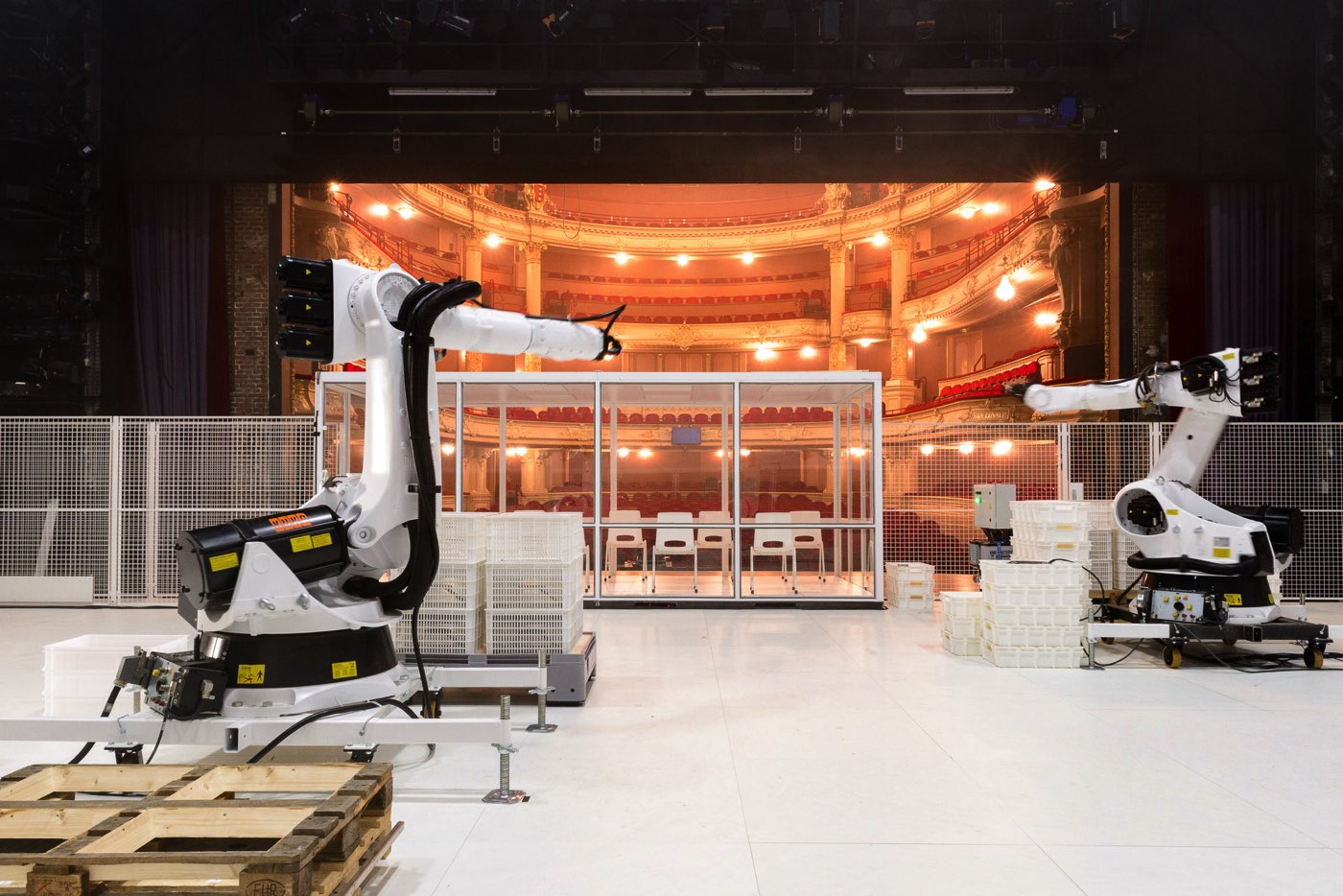 West is excited to present a new work by Studio Dries Verhoeven. ‘Broeders verheft u ter vrijheid’ portrays man as a stowaway in a global distribution center. Together with a group of Bulgarian seasonal workers, Dries Verhoeven creates a visual requiem for the working man. The theater stages will serve as a workplace and the workers live and sleep in the West Den Haag art institution. The ‘living installation’ will be on view on the stages of the participating theaters every day for eight hours. Each day the Bulgarians are transported to and from their home in vans. Broeders verheft u ter vrijheid will premiere on Thursday 29 April 2021 at ITA in Amsterdam. At the same time, the presentation in West Den Haag will open for two months.

A visual requiem for the worker
‘Broeders verheft u ter vrijheid’ asks questions about the future of work and resistance. What is our working body for today? The industrialist has moved production to low-wage countries. The asparagus farmer replaces Dutch workers with labour migrants from Eastern Europe and dreams about further reducing the human factor of labour. Human jobs are taken over by robots and at Tech giants, algorithms continually search for the greatest possible profit margin. Can we actually reverse that or will we soon be rendered useless? Will there be a revival of the labour movement? Or is it better to accept the inevitable and all-encompassing automation?

Working and living, between theater and art institution
‘Broeders verheft u ter vrijheid’ is a co-production of Studio Dries Verhoeven with SPRING Performing Arts Festival and visual art institution West Den Haag. In addition, there is a close cooperation with the presenting theaters: Stadsschouwburg Utrecht, ITA in Amsterdam, The National Theater in The Hague, Theater Rotterdam, Chassé Theater in Breda and Schouwburg Hengelo. The exhibition spaces of West Den Haag will function as a residence for the workers. This way the public (through the eyes of the artist) will gain more insight into the daily routine of a labour migrant.