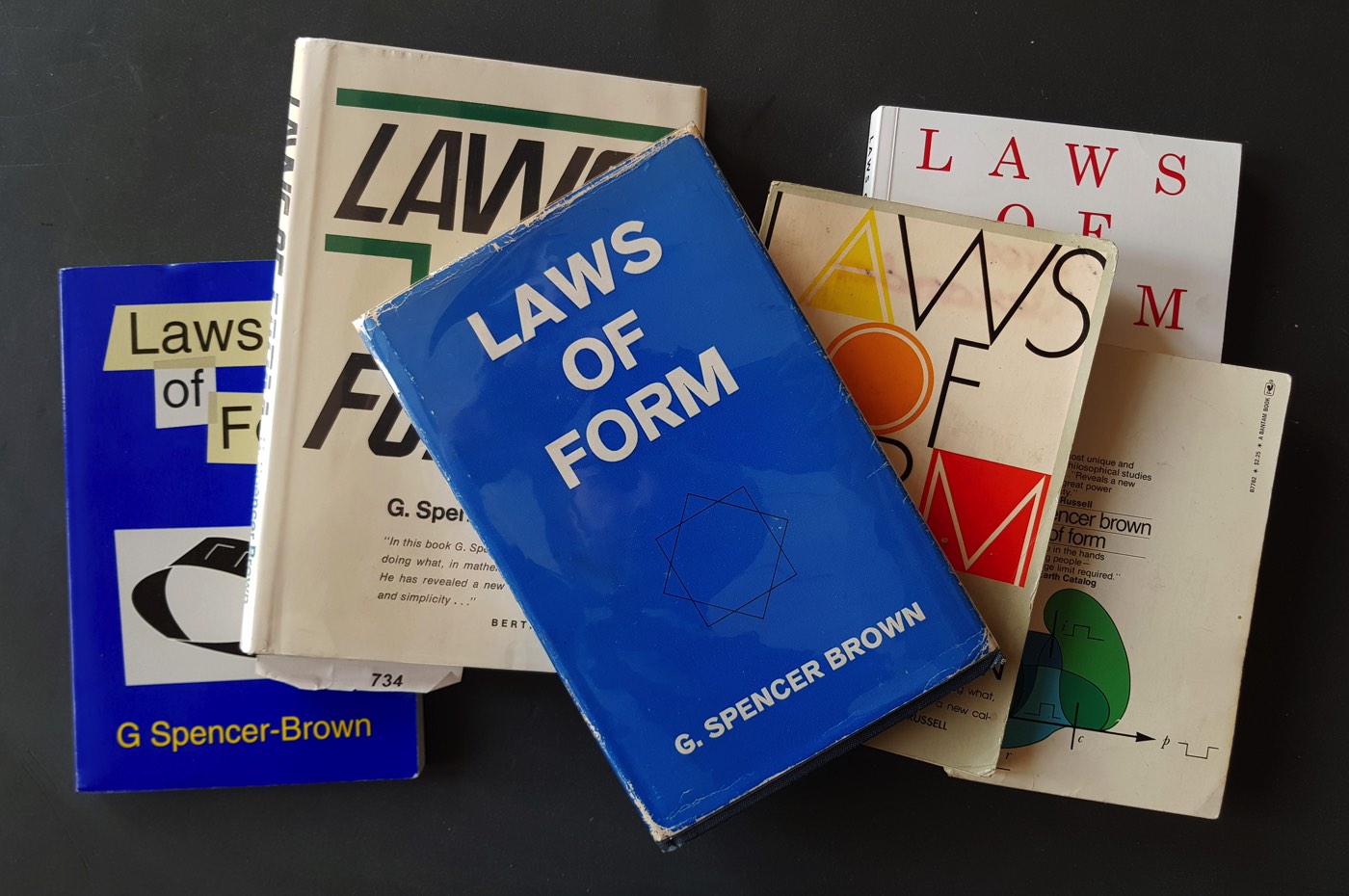 The exhibition Laws of Form celebrates the 50th anniversary of the book of the same name written by English polymath George Spencer-Brown (1923 –2016). The presentation shows the significance of the book for different sciences: sociology, mathematics, logic and philosophy, and explores how it may contribute to new understanding.

Spencer-Brown described himself as a "mathematician, consulting engineer, psychologist, educational consultant and practitioner, consulting psychotherapist, author, and poet". In addition, he was a strong chess player captaining the combined Cambridge and Oxford Universities team, a two-time world record holder as a glider pilot and a sports correspondent for the Daily Express. He led the Cambridge University formation flying team. In other words: a true multi-talent.

After graduating from Trinity College, Cambridge, Spencer-Brown taught philosophy at Christ Church, Oxford, and later became lecturer in formal mathematics at the University of London. He continued his academic career with visiting professorships at The University of Western Australia, Stanford University and The University of Maryland.

When Laws of Form was published in 1969, his peers across the Western world recognized its importance ('a new calculus of great power and simplicity' - Bertrand Russell, ‘a work of genius’ – Stafford Beer in Nature; ‘a Twentieth Century transistorized power-driven equivalent of Occam's razor’ – Heinz von Foerster in The Last Whole Earth Catalog), yet no one felt able to write a comprehensive review of it.

In the most general terms the book has been described as straddling the boundaries between mathematics and philosophy. Echoing the zeitgeist of 1969’s new age spiritualism and the quest for a new consciousness and understanding of reality, Laws of Form was described as a ‘mathematics of consciousness’, defining the most basic element of cognition, i.e. the ability to distinguish, to indicate and to mark.

Besides mathematics and logic, and references to the work of, amongst others, Bertrand Russell, Laws of Form incorporates elements from psychology and different schools of spiritual thought, most notably that of Scottish psychiatrist R.D. Laing, whose community he joined during the 1960.

Up and until today Laws of Form has never been out of print and has retained its enigmatic appeal, continuing to inspire and challenge great thinkers across a wide variety of disciplines.