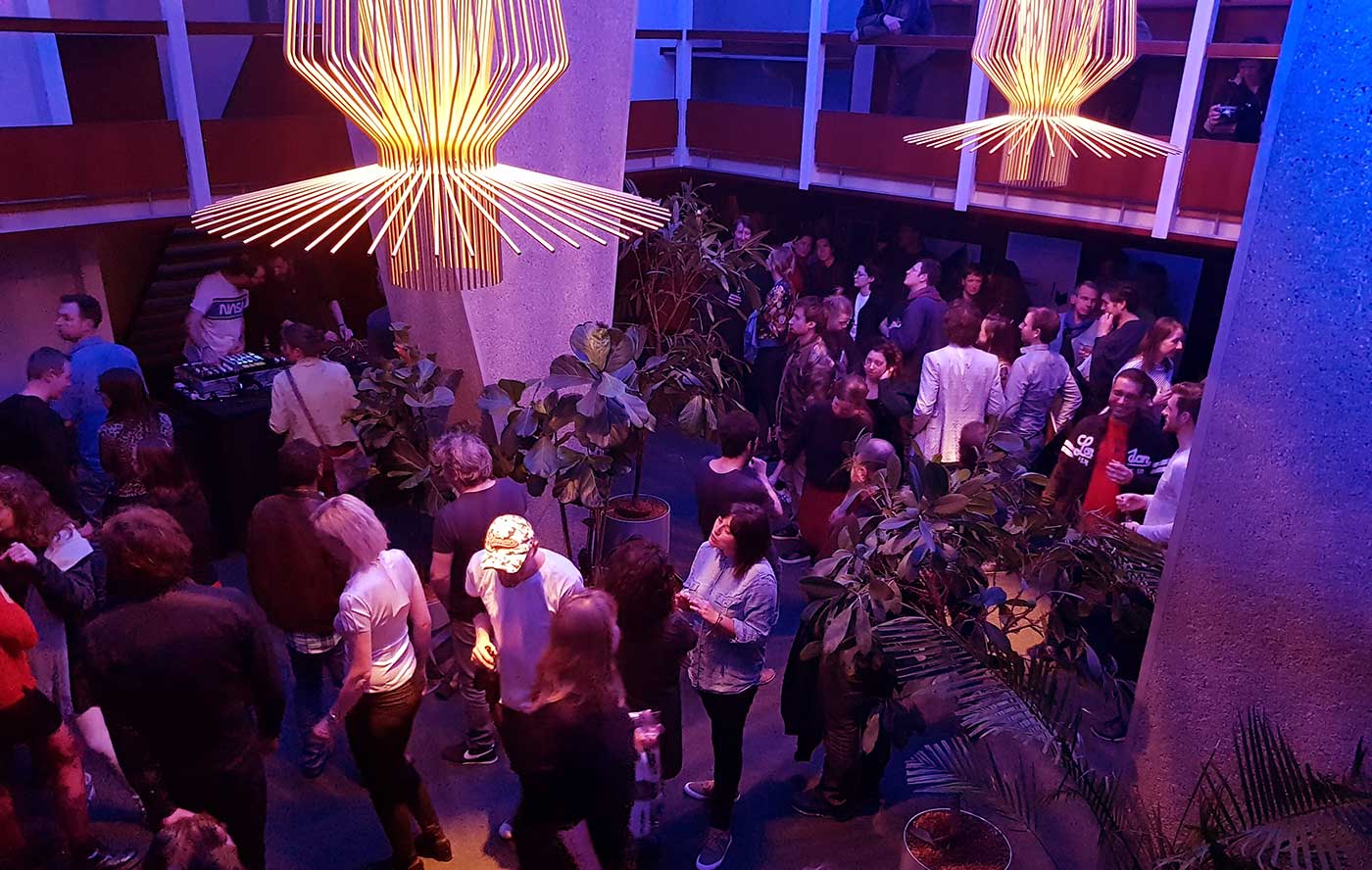 West is proud to introduce the first edition of Onze Ambassade Festival with a richly filled programme of music, performances, exhibitions, workshops and debates. As part of the UIT Festival Den Haag, we present a variety of artists coming from The Hague and abroad, who will perform for two days at the former American embassy. With the nomination for the AICA Award 2019 – as an institution ‘that has made an important contribution to the development and visibility of contemporary art and thinking about it in the Netherlands’ – the new cultural season we will opened festively.

The UIT Festival is a tradition in the city and West follows on with a outspoken programme, in which we want to draw attention to artists from the new 'counter culture' and introduce visitors to the new completion of the former American embassy. Experimental, but above all challenging and innovative. Onze Ambassade brings together various artists throughout the weekend and everyone gets the chance to discover the building by visiting the exhibitions, participating in lectures, guided tours and a debate.

With performances by Knalpot, Stippenlift, Elektrovolt and Bence Meijer, among others, we present a broad spectrum ranging from soft vocal and instrumental passages to more experimental, rougher and turbulent electronic acts. Not only the local scene is represented, but artists coming also from abroad, such as Simon Crab/Fritz Catlin from London, Arma Agartha from Lithuania and Alex & Zahar, a performance duo from Athens and Moscow respectively.
Parallel to the many performances, there is also the opportunity to join a guided tour of the architecturally eye-catching building in the very heart of the Museumkwartier. Designed by Bauhaus architect Marcel Breuer and having housed the American Embassy for decades, today the doors of this building are open to the public free of charge. Guided tours are alternated with lectures on Spinoza, discussions and a final debate on the future of the building. This weekend will also be the last chance to visit the exhibition The Vault by Korpys / Löffler, a very appropriate collection of films, photos and light images that seamlessly match the symbolism of the building. With a somewhat obscure and mysterious perspective, the German artist duo takes us through the rigid world of bureaucracy and its institutions. In addition, in the Alphabetum, the unique library space, you can explore the exhibition From Typography to Grammatography. This collection shows the formative and formal aspects of letters, writing and language and invites visitors to immerse themselves in it.

With this extensive offer we want to show the diversity of contemporary art and at the same time introduce the general public to what is happening in Onze Ambassade.