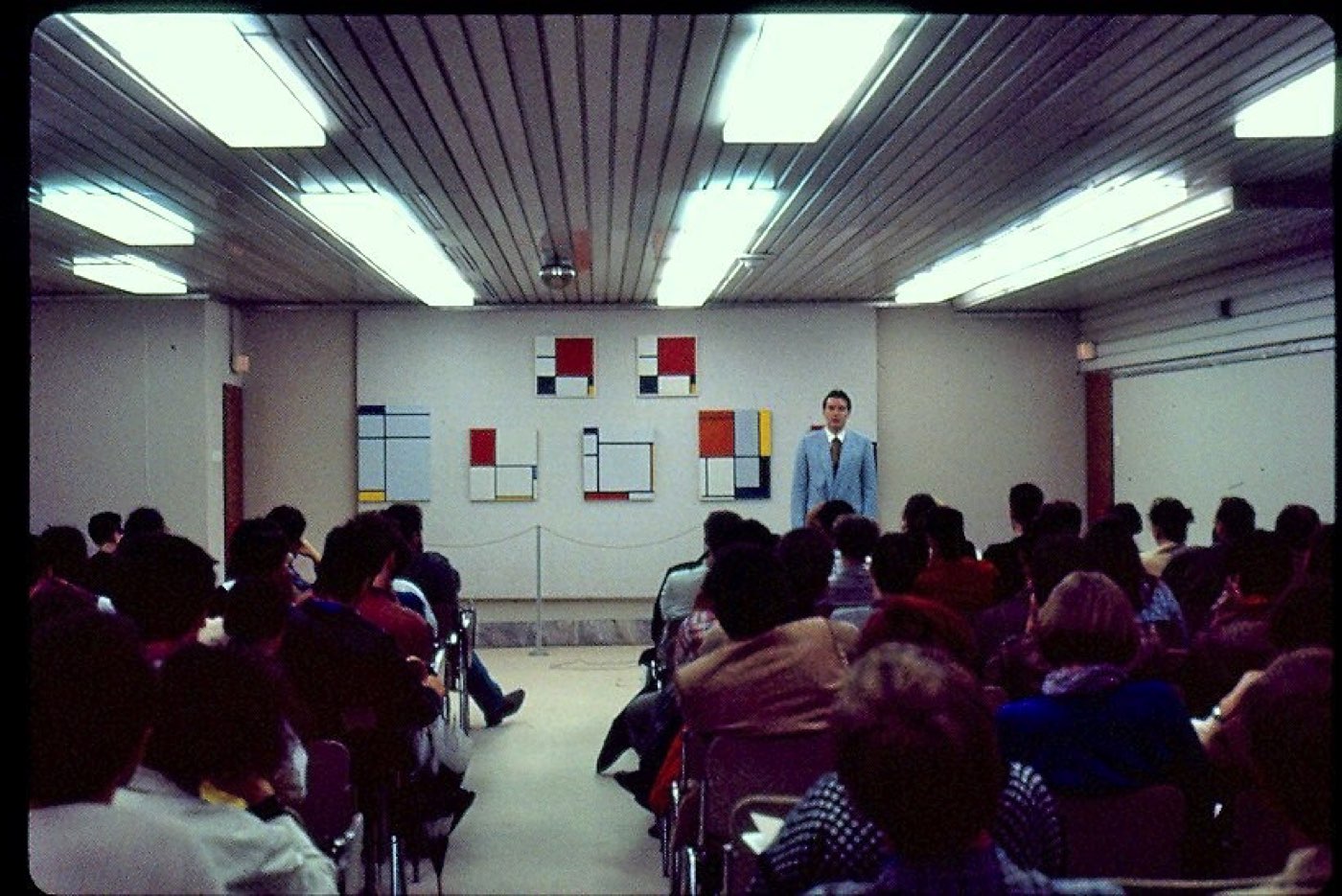 In the 11th century, the German writer, composer and mystic Hildegard van Bingen (1098 – 1179), created the Lingua Ignota (unknown language), consisting out of a 1000 word strong vocabulary, which is meanwhile regarded as the first personal constructed language ever. It also included its own writing system, the Litterae Ignotae.

800 years later, the French symbolist poet Stephane Mallarmé (1842 — 1898), created his immensely complex lifework Le Livre. A collection of over 200 pages of notes, about a book, supposed to be distributed as loose sheets and which had to be performed in public. Twice.

80 years later, the American poet, critic and performance artist David Antin (1932 — 2016), started to perform extemporaneously, improvised performances at readings and exhibitions, which he called talk poems. Meanwhile, those talk poems are regarded as one of the most crucial contributions, to a new artistic genre known as ‘Performance Lectures‘: public performances, where different media and representations are deployed, to create an engaging narrative.

With the exhibition L’écriture avant la lettre, the Alphabetum wants to investigate the underlying structure of language. What is written and spoken language truly referring to? Is it really pointing towards pure ideas, as explained by the Swiss linguist Ferdinand de Saussure? Or is there a deeper invisible structure of traces, as outlined by the french philosopher Jacques Derrida in his infamous book De la grammatologie.

*
The Alphabetum is an artistic space to explore the formative and formal aspects of language. These aspects are mostly considered separate. Typographers and type-designers are primarily focused on the letterform and writers mostly do not pay attention to the forms of the letters they form into words. The ambition of the Alphabetum is to reveal that these two properties of written language are much more interlinked than is commonly acknowledged. A letter is a letter because it resembles a letter; and because it resembles a letter it is a letter.

The Alphabetum, inaugurated on the 16th of February 2019 with the exhibition Roussel/Brisset/Duchamp, Engineers Of The Infra-Thin, and is part of the regular program of the West Den Haag.