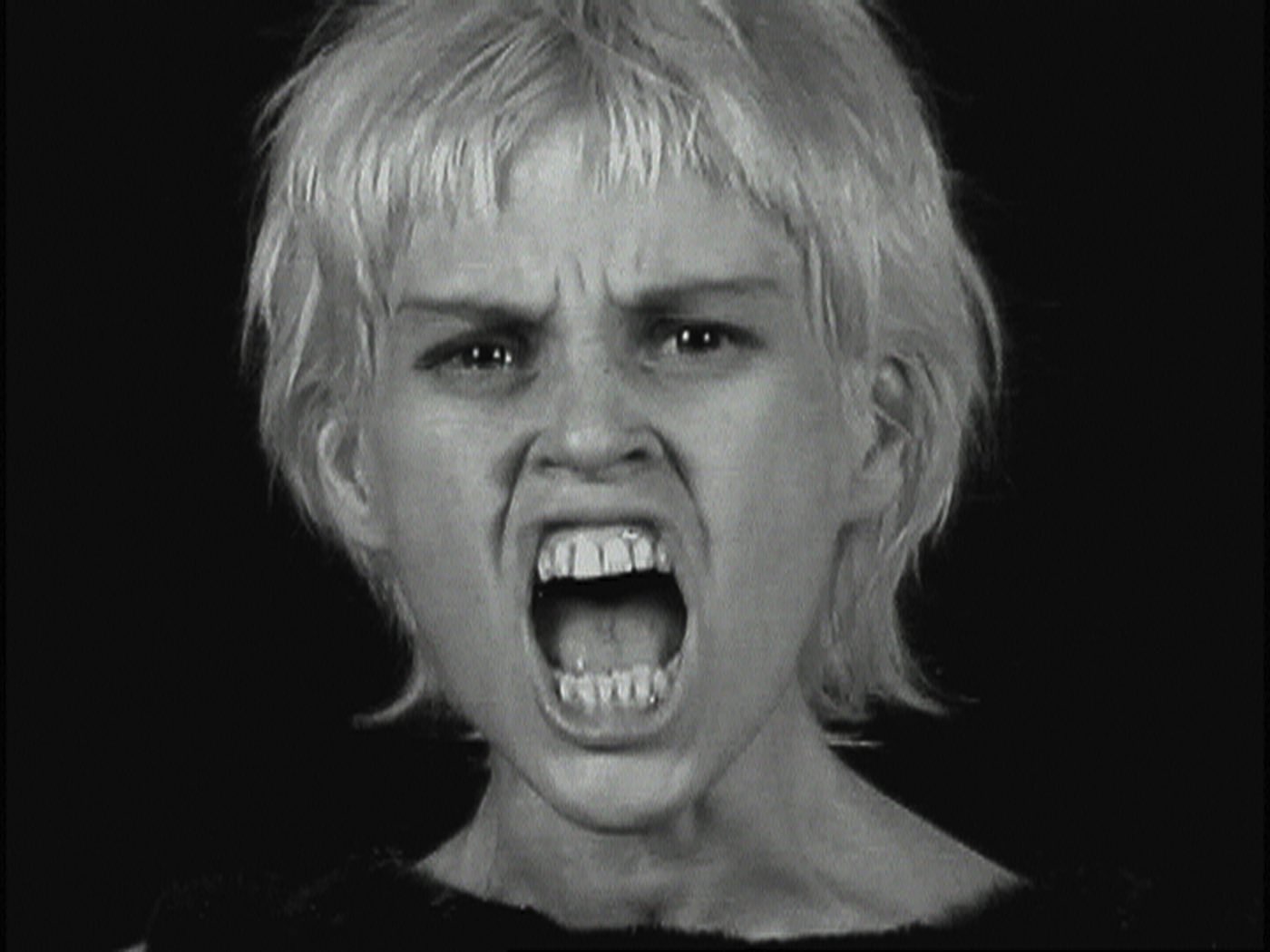 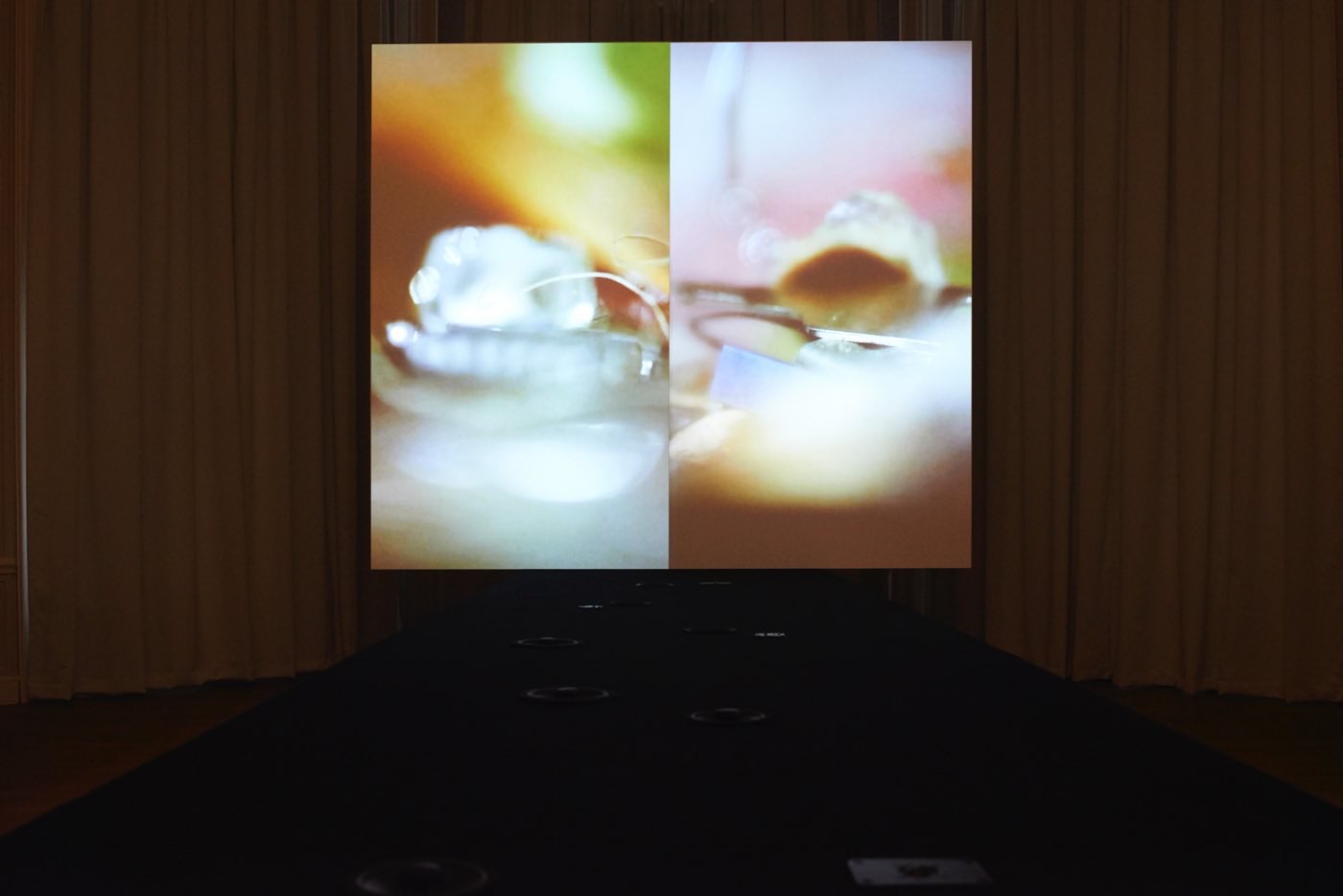 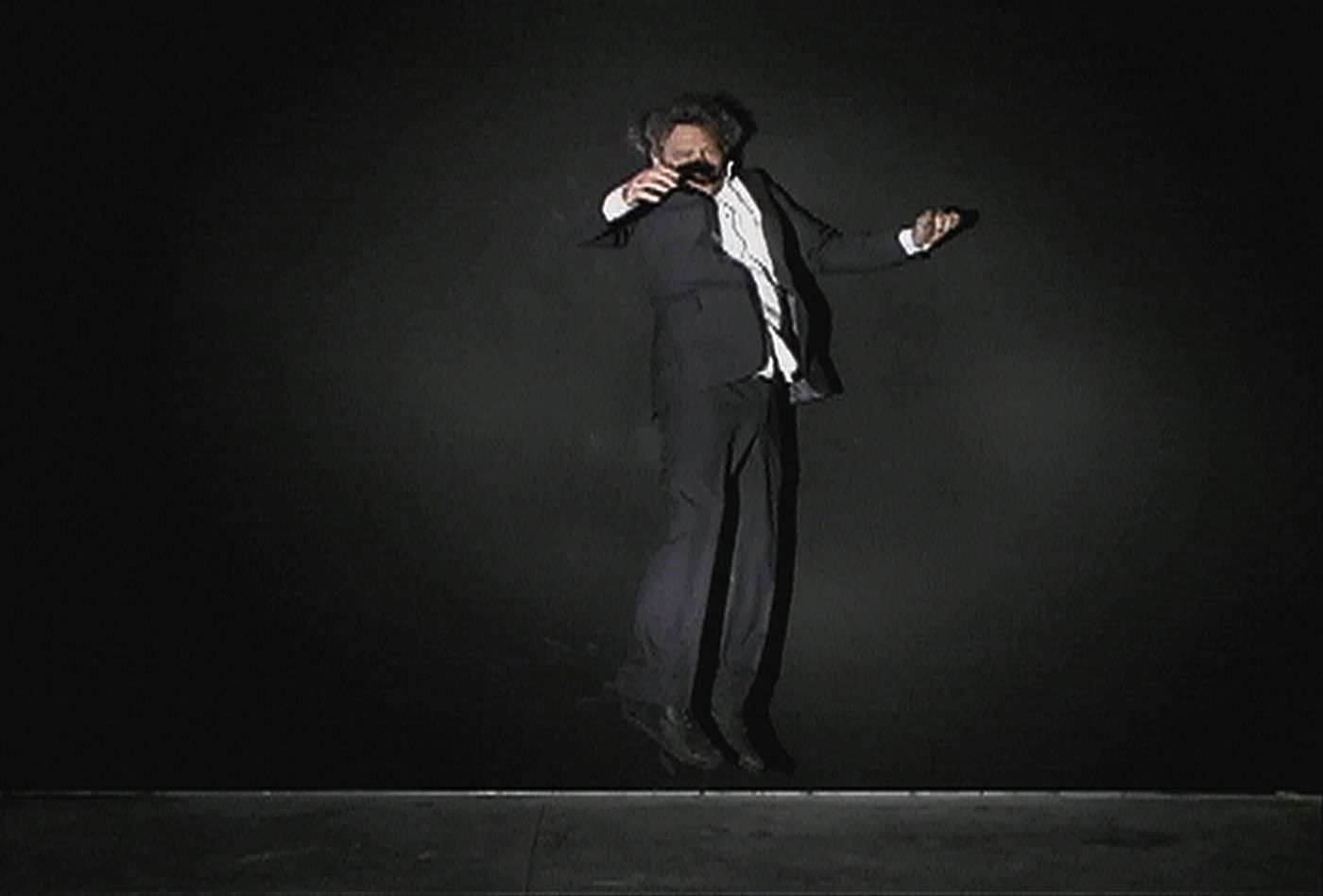 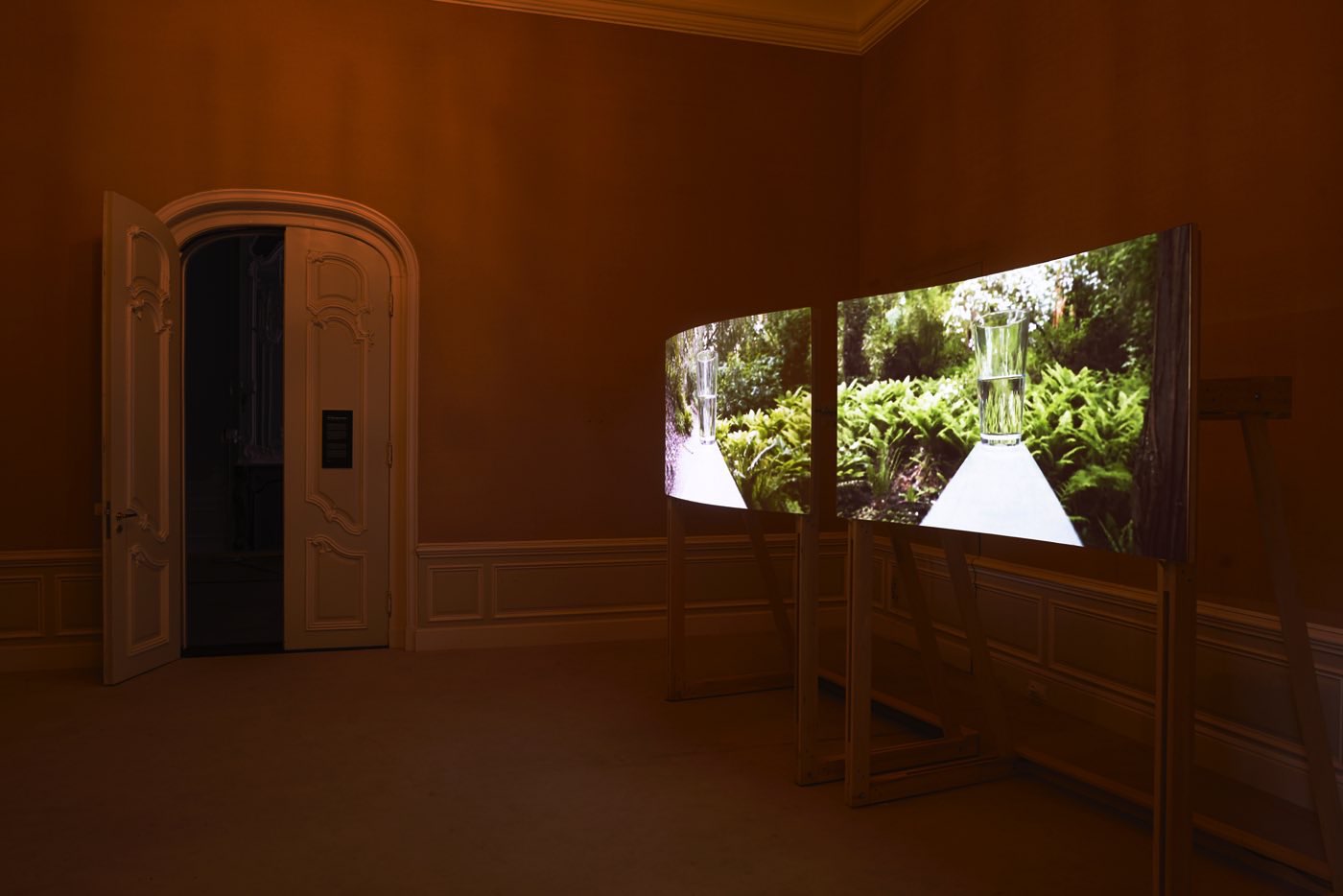 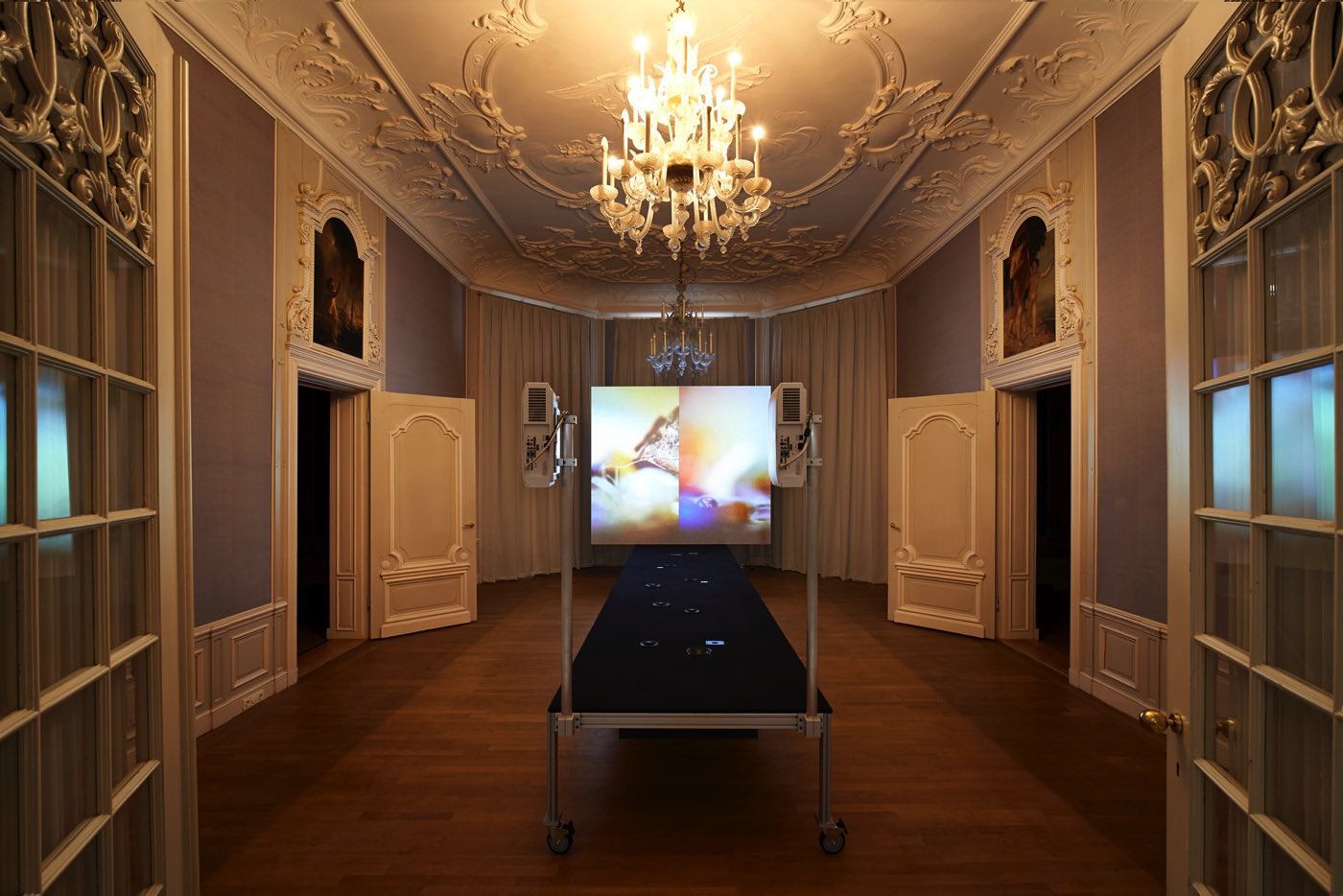 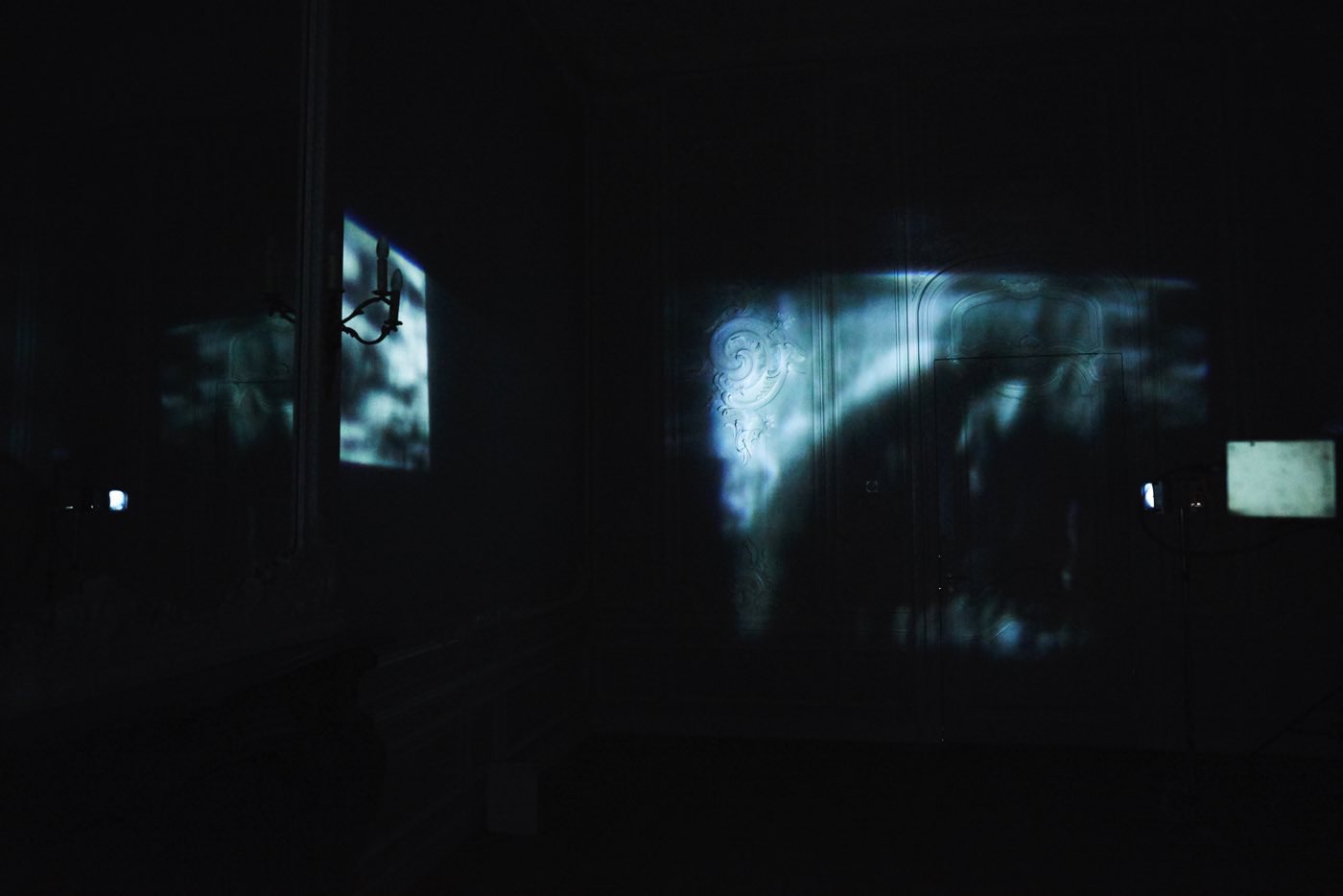 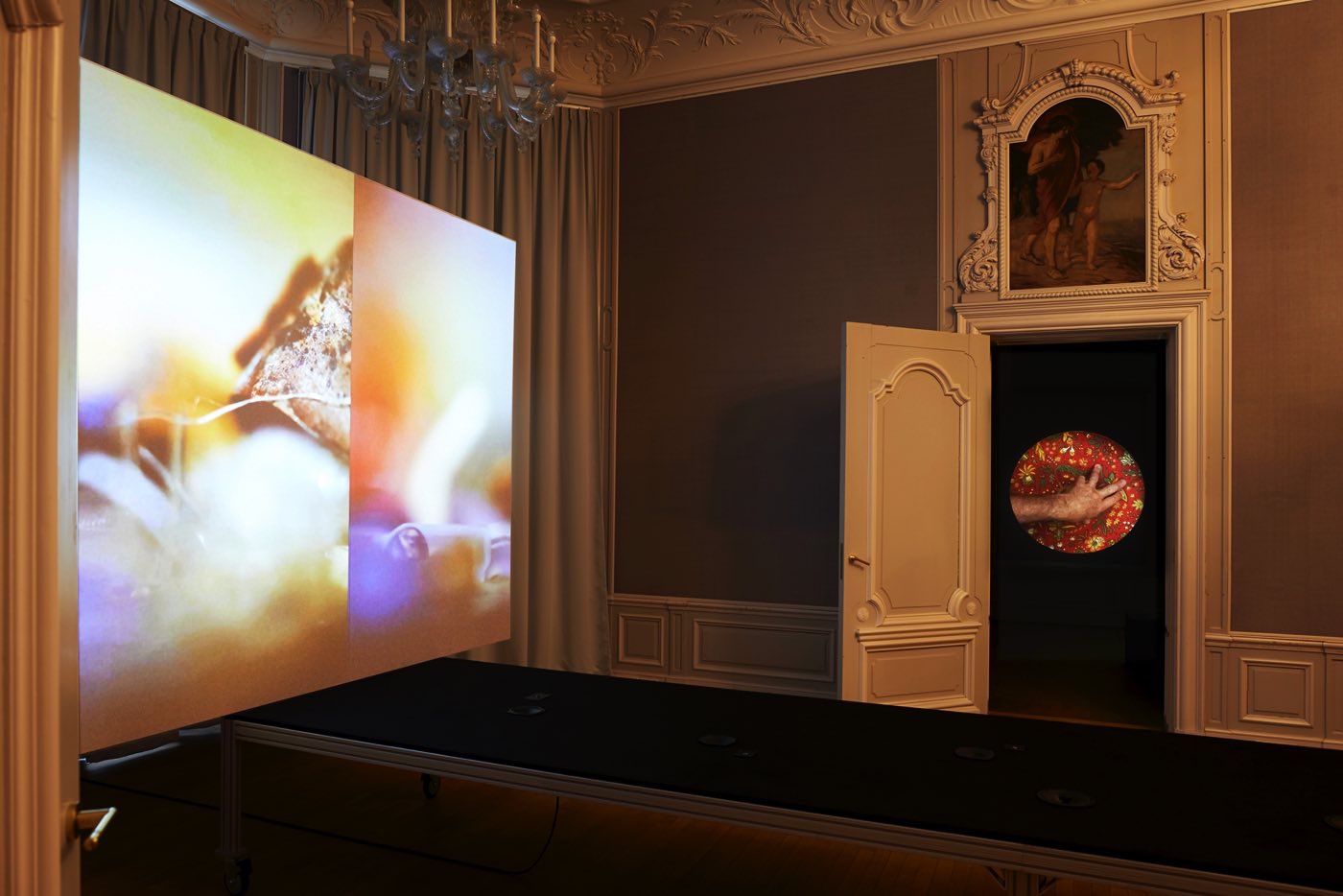 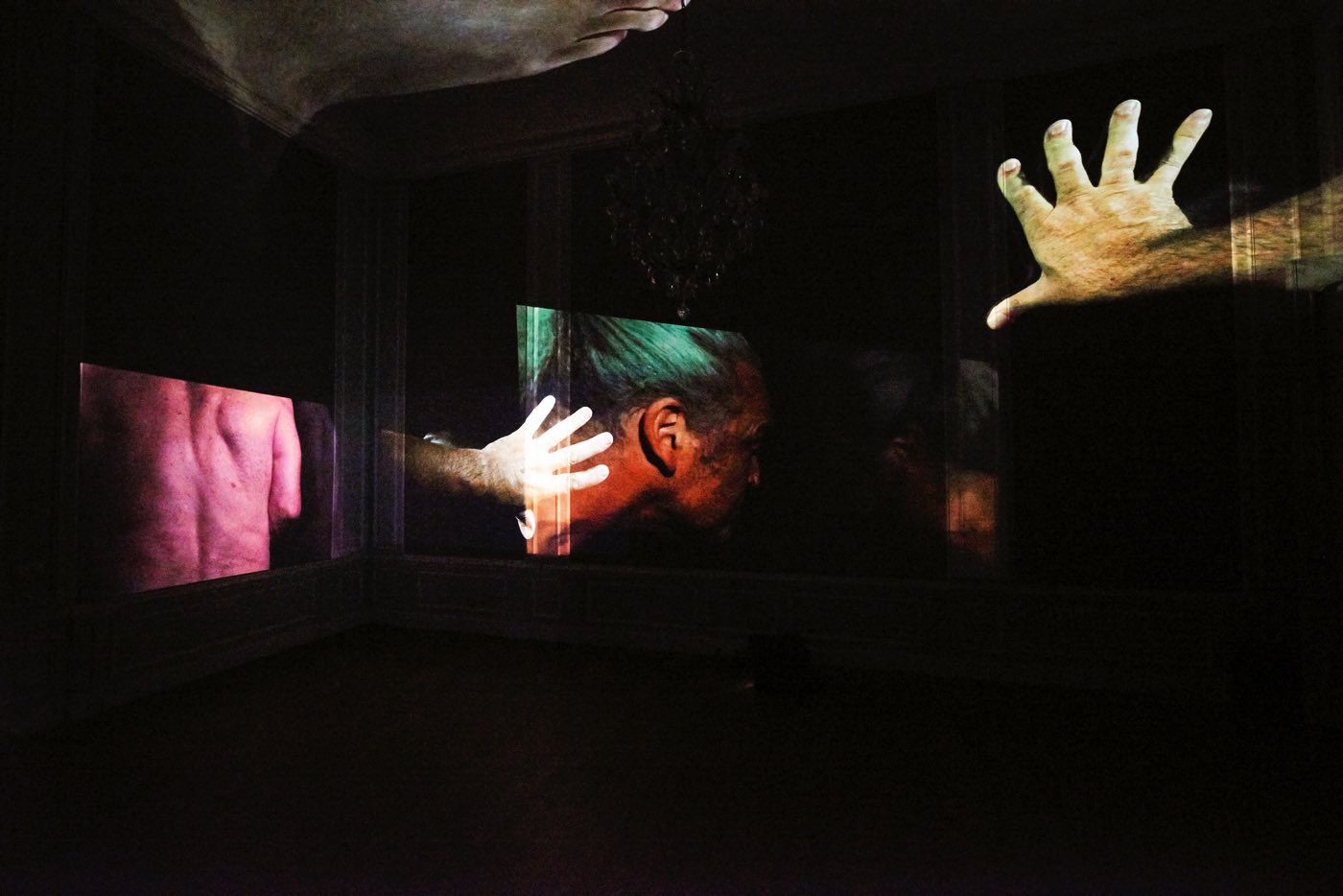 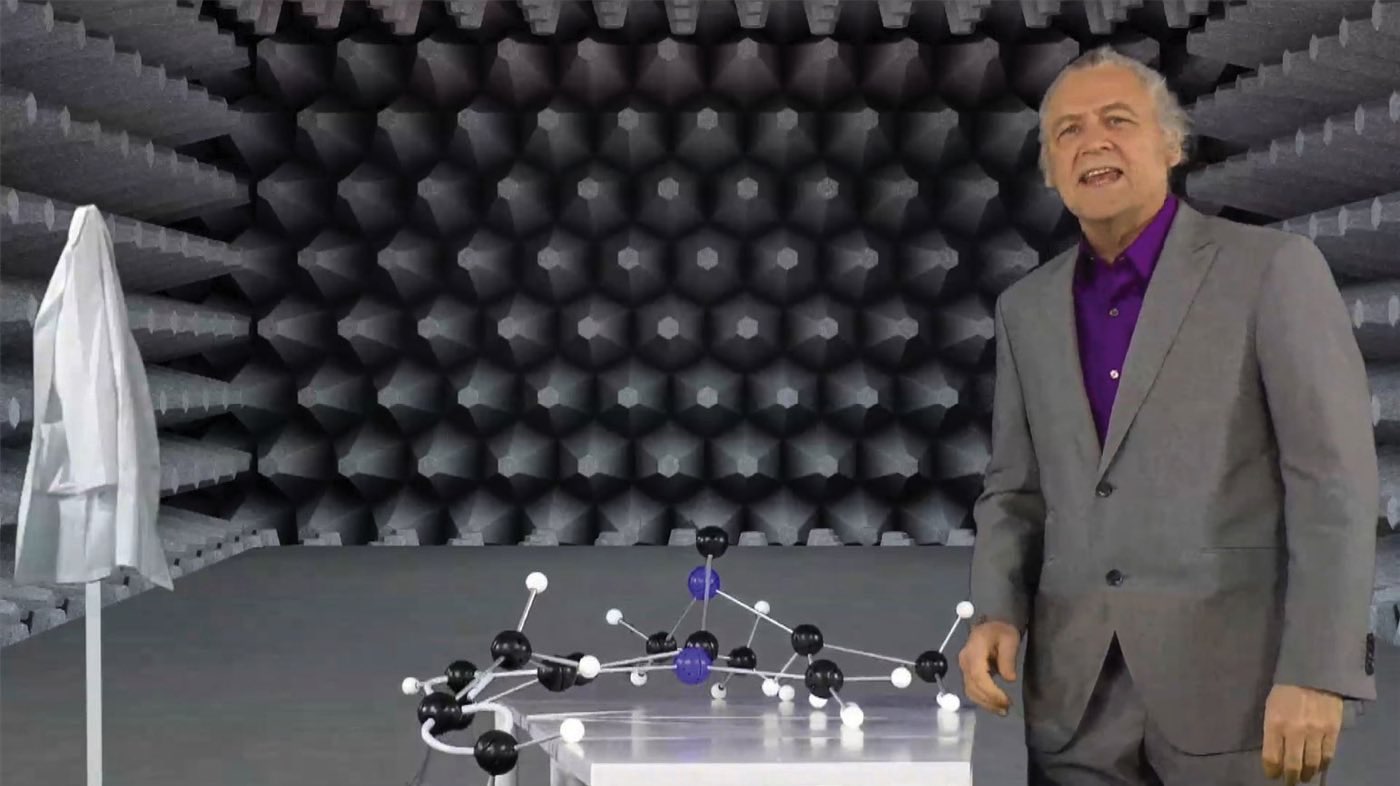 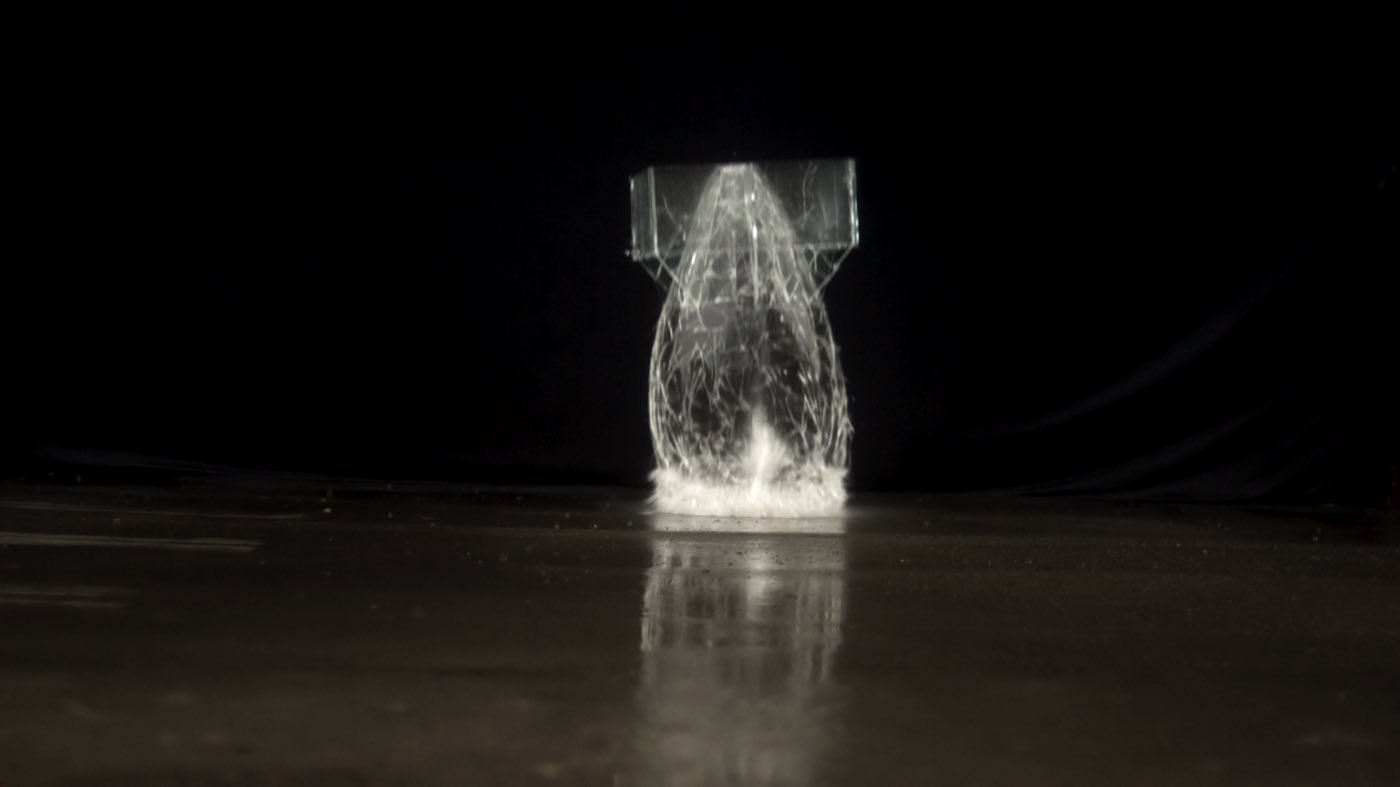 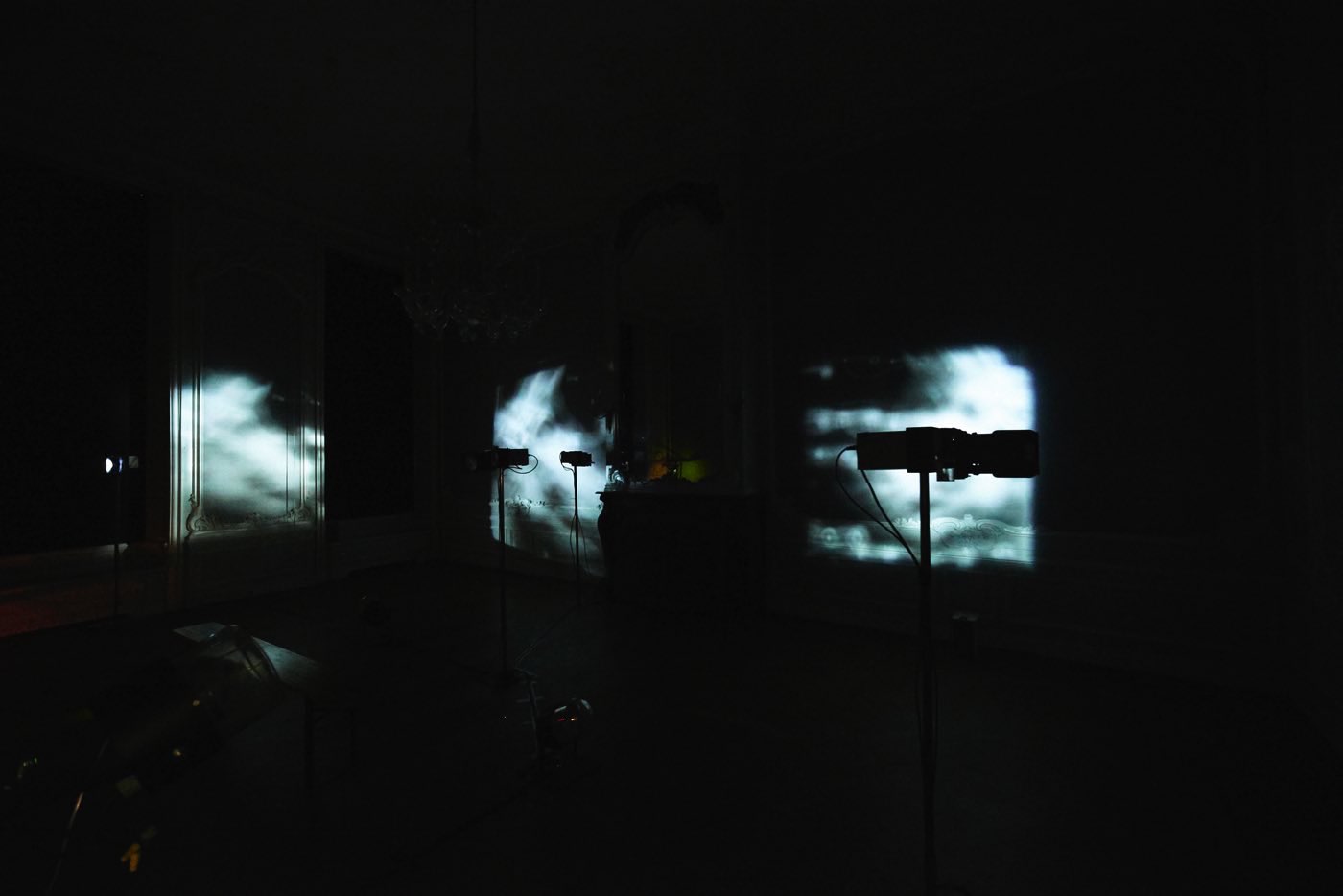 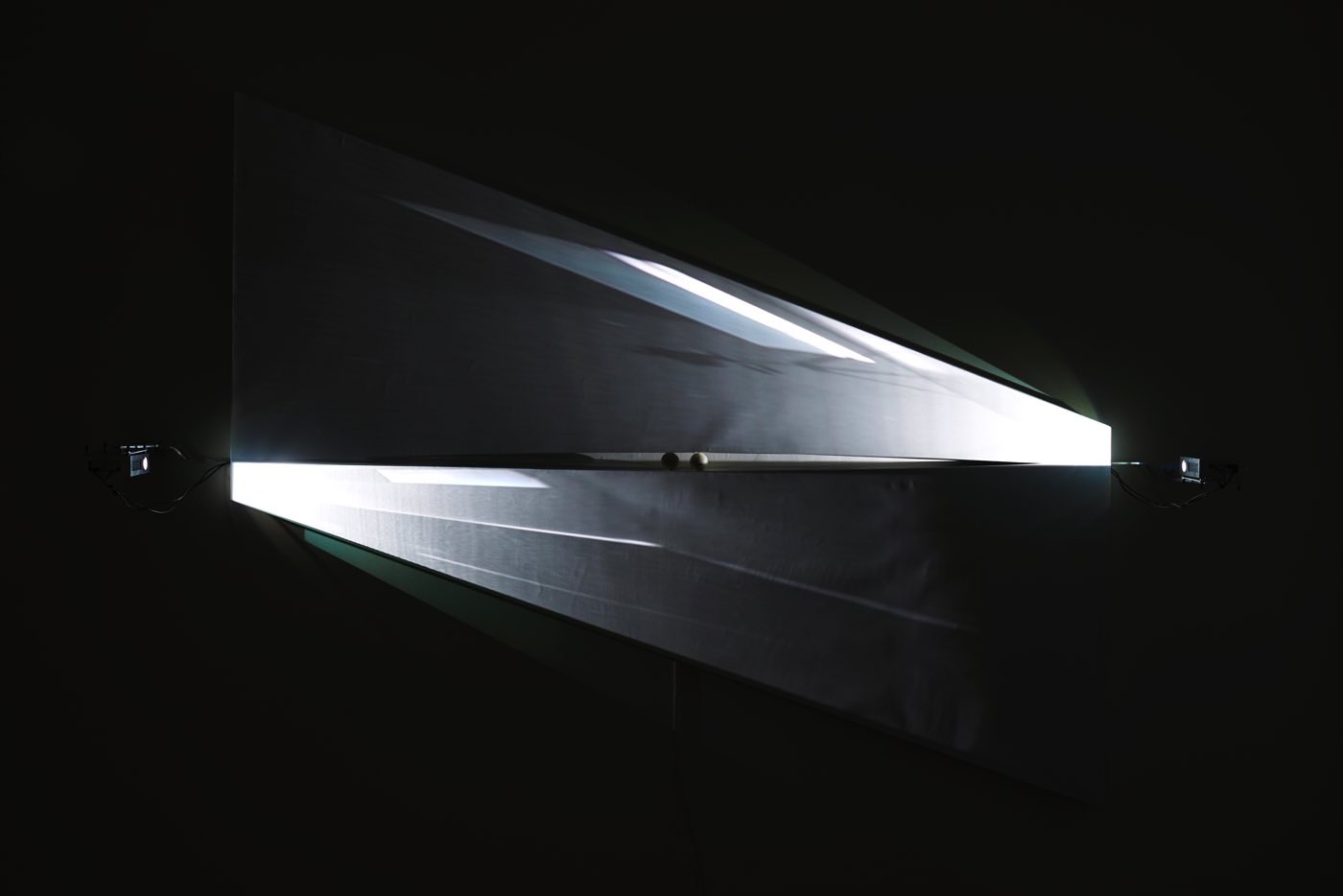 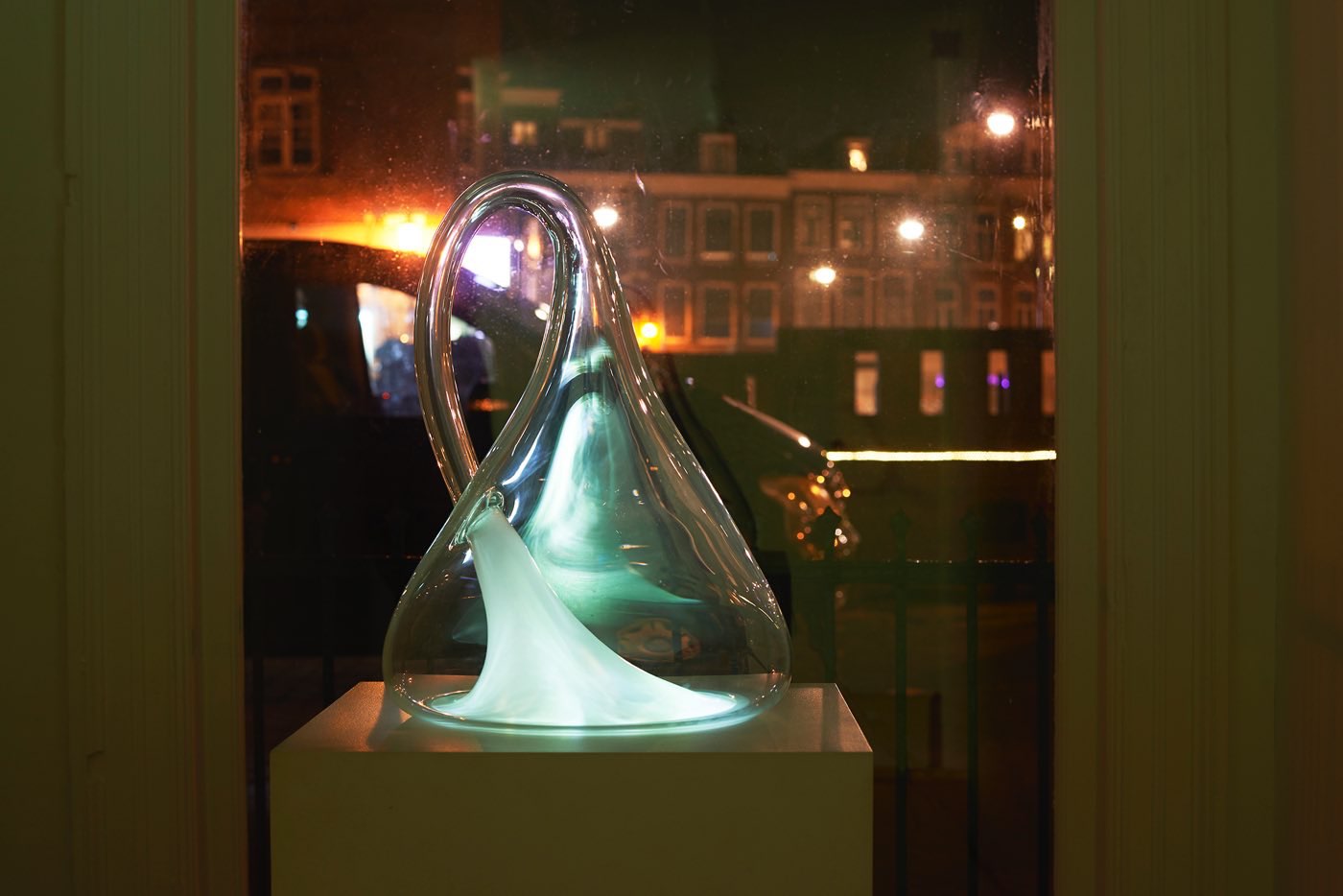 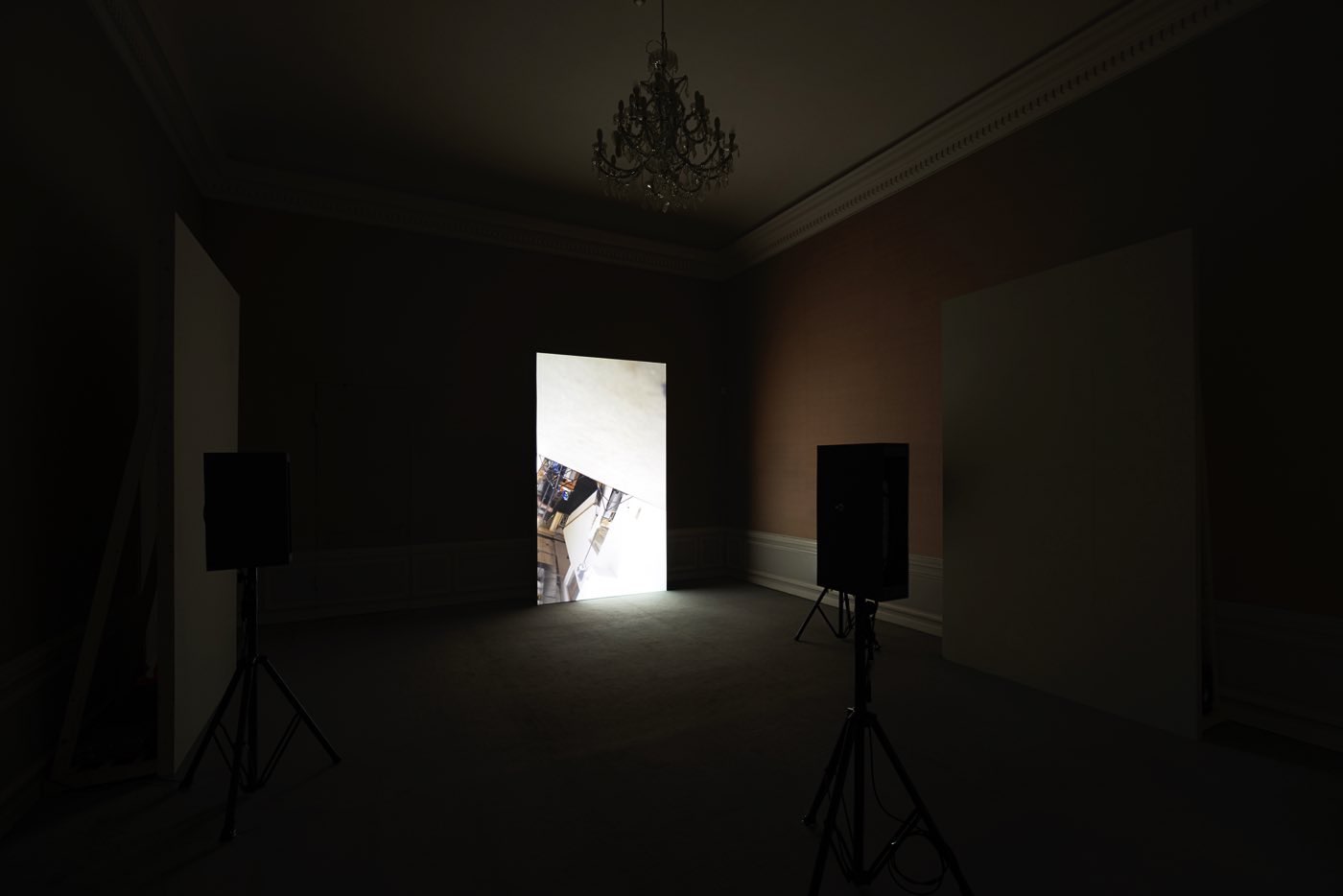 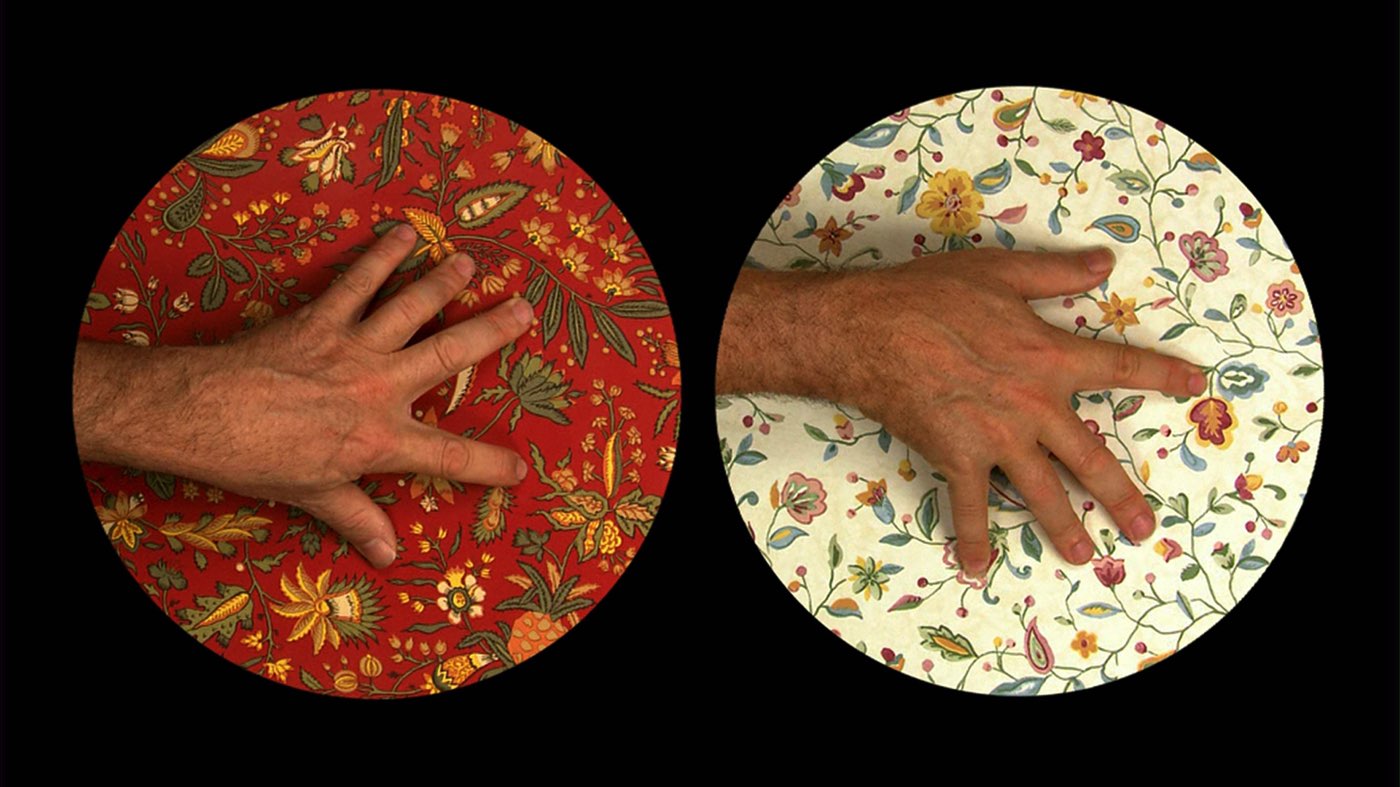 On February 16th, 2018 West officially opened Gary Hill’s first dutch solo exhibition in 25 years, ‘Always Rings Twice’. The exhibition was divided between the two extremely different locations West occupied three years ago. First, Huis Huguetan on the Lange Voorhout, a citypalace built in the style of Louis XIV served as West’s primary exhibition space from 2017 till 2019. The juxtaposition of the monumental palatial architecture and the contemporary art West exhibited within gave the space a unique character, manifesting differently with each exhibition. Hill’s careful consideration of each room’s inherent properties and his willingness to adapt to the building’s affordances created an organic symbiosis between the art and the space. One such example can be seen in the work ‘Up and Down’ where Hill used the chandelier by projecting one of the videos through it. Another would be the peculiar long table with a projection screen at its end situated within the heart of the exhibition. The highlight of this location, however, was ‘The Slow Torque of Bonsai’ (darkened space light images + strobe), a poetically patient half hour composition of complete darkness abruptly disrupted through powerful light flashes after faint enigmatic, transient images appear, and one new spoken line of text is heard. The overall timing, as well as the fragmentation of the texts and cyclical pattern challenges one’s grasp on the perception of time, disorientating oneself within the context of the piece, and even the room until finally the light turns on and the cycle ends.

The second location that housed ‘Always Rings Twice’ is West’s initial location in the Hague on the Groenewegje. Unlike the Huis Huguetan, the Groenewegje location has a more standard, contemporary white cube gallery feeling. Hill filled this space with various intriguing self-referential works beginning with the ‘Self ( ) series’, a critique on the ‘selfie’ social media trope using closed-circuit cameras mounted to progressively more complex geometrical wall hangings that feed the viewers images of themselves looking at themselves including all but their faces. Works such as ‘Klein Bottle with the Image of Its Own Making (after Robert Morris)’ and ‘Painting with Two Balls (after Jasper Johns)’ are playful interpretations of well known concepts that incorporate modern technology. However, standing out from the rest, the ‘Psychedelic Gedankenexperiment’ is a stunning multimedia installation proclaiming ‘LSD as the artwork par excellence’, all while exuding a distinct feeling of unfamiliarity reminiscent of a psychedelic experience.

Much of Gary Hill’s work is multimedia. Hill managed to fill both spaces with works that compliment each other and their space, while each being their own unique concept. And though the exhibition has long since concluded, these photographs offer a visual documentation of the exhibition's general composition and aesthetic.