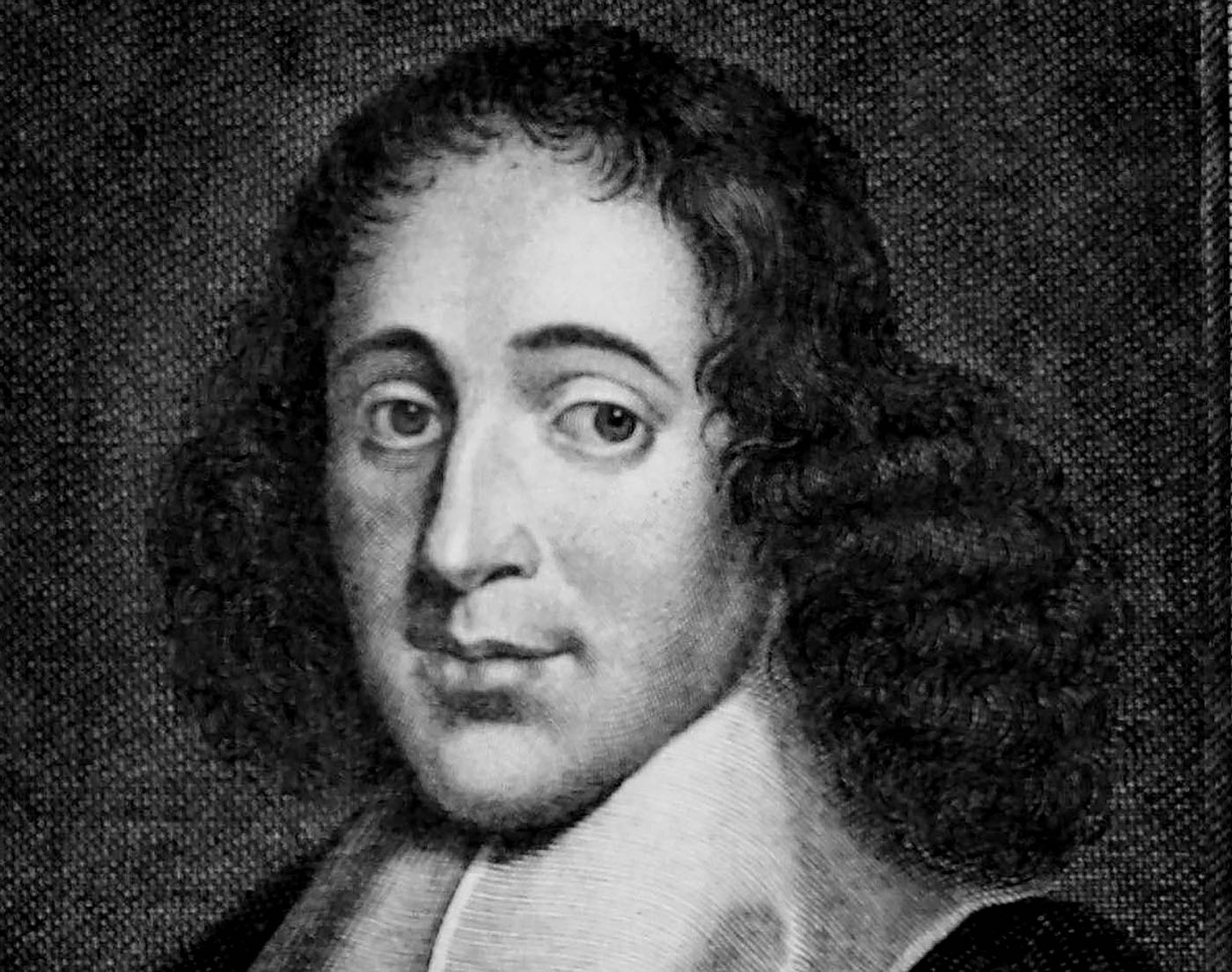 ‘Of all the things that are not under my control, what I value most is to enter into friendship with sincere lovers of truth. For I believe that such a loving relationship affords us a serenity surpassing any other boon in the whole wide world.’
— Spinoza (Epistle)

The story of Spinoza extends through the transition to the modern age. Spinoza was 17 when a fresh republic in the Netherlands emerged from Spanish occupation and its violent fundamentalist inquisitions. Neither Catholic nor Protestant, he was able to push forward in his thinking without recriminations with great dedication and intensity of striving forward critically after this dramatically new start. With a thriving young university at Leiden the Netherlands had a unique opportunity to be at once a place of unhindered intellectual exploration and rational governance, and a space with the civil coexistence of people of differing backgrounds, beliefs and religions.

Spinoza’s critical scholarship can be seen as an apotheosis of the radical transgressive potential of the Gutenberg Press. Spinoza and his free-thinking colleagues communicated and supported each others research through the new technology of industrial printing. Often they had to author their messages pseudonymously or not at all for fear of persecution by conservative communities. The world was not yet ready for the full liberation of radical rationality. Spinoza, like Descartes were children of a new technological age, but both were punished for testing the new limits of what was possible to think and to say.

Today, we live in a scientific age, an age built on principles of disinterested inquiry, dispassionate science hewn from medieval Aristotelian holisms. The emancipation of reason from belief, central to Spinoza’s thinking, helped distinguish theocratic orthodoxy from the scientific method responsible for the advanced technologies and techniques we enjoy today. However now that we need them most, we see our rational traditions are unable to productively address our most pressing problems, anthropomorphic climate change, global wealth disparity and endemic poverty, sustainable resource management. Despite the success of reason in the fields of science and technology, in the realms of human affairs today, we see an unexpected return of an anti-intellectual conservative political forces and a world of technologies which, contrary to all expectations, provides as much agency to those who would like to constrain the practice of reason as those who would like to emancipate it further. The contemporary crises of migration and wars of resources are an indication of the difficulty of the challenges in realising the rational principles extolled in Spinoza’s thinking.

The flourishing of European reason epitomised in Spinoza must today be appreciated in the context of European patriarchy, colonialism and imperialism. A central challenge of our project will be to elaborate to what extent this is possible as we strive for a new appreciation of the relevance of the work of Spinoza today. Our project ‘Spinoza: Passionate Reason’ will attempt to retrieve Spinoza’s incisive insights and humanist hope to confront the challenges of our post-humanist age. Through a programme interconnecting art, technology, literature with archival material from the life and work of Spinoza, accompanied with discussions, tours and events, we aim to convene a broad public and provide persistently pertinent fundamentals to help us rethink our technological conditions today.

Over the past three years West Den Haag has presented an innovative program of hybrid events exploring philosophical and scientific through contemporary arts and new aesthetic practices. This includes the exhibition and symposium series ‘Bodenlos: Vilém Flusser and the Arts’ 2015 (Berlin, The Hague, Prague and Karlsruhe) and ‘Feedback: Marshall McLuhan and the Arts’ 2017 (The Hague, Leipzig, Berlin, Karlsruhe, Toronto, Detroit and Paris). The project ‘Spinoza: Passionate Reason’ 2019 will be a journey across epochs, starting with bundling of texts by prominent contemporary thinkers. We will launch the project in 2019 first in The Netherlands and later internationally. With a goal in attracting a new generation to explore and appreciate the persistent relevance of Spinoza’s scholarship and activism.