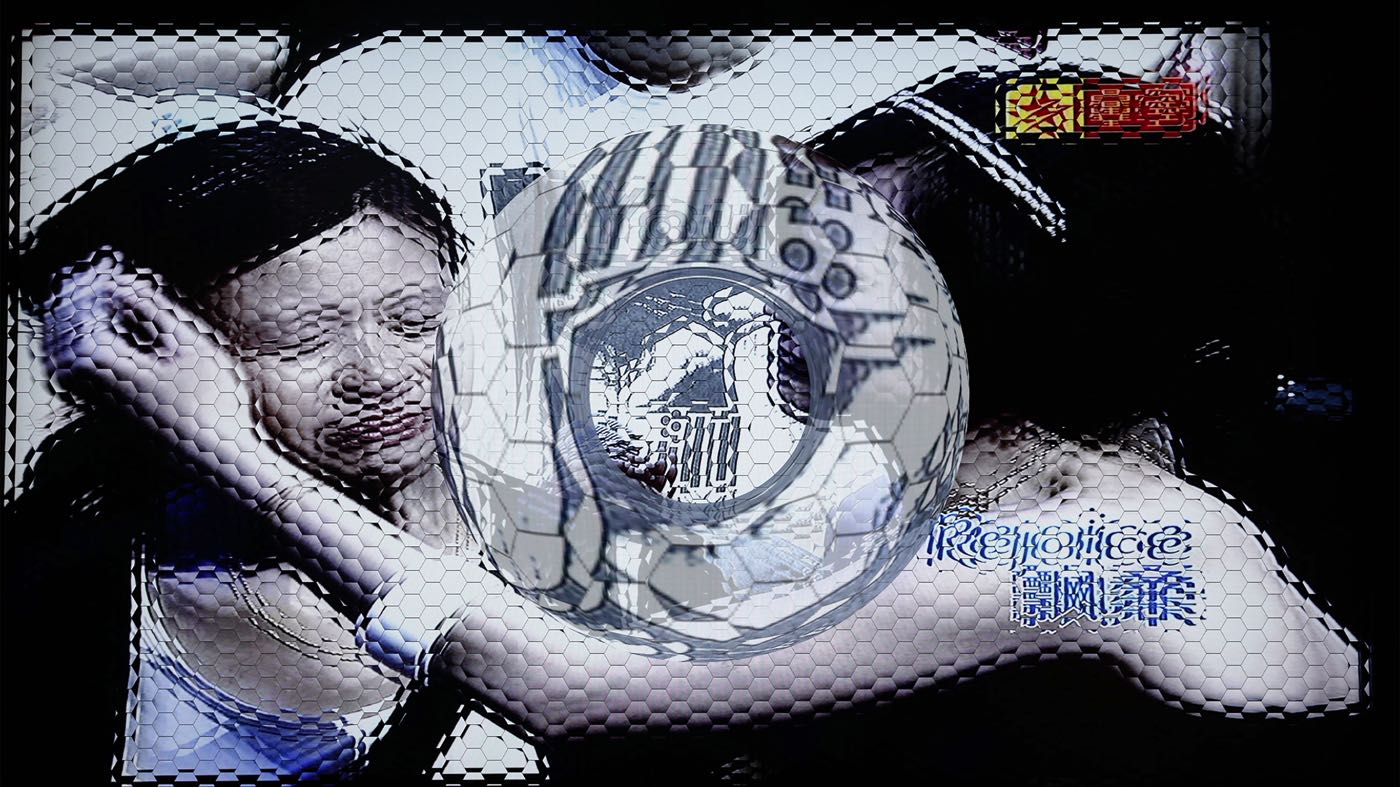 ‘It Might be a Mirage’ is an array of presentations situated in and reflecting on the verge of history, between fact and speculation, information and invention. Featuring works by eight contemporary artists spanning various mediums and techniques, from sculpture and installation, to video, film, and photography, it lends historical realities a sense of uncertainty, defiance, and obsession.

This ensemble of positions highlights art practices that utilize historical narratives, texts, and images, while contesting the ideological conditions on which they were established. At the same time, each of the works on display unleashes a concealed, secretive substance or force. The works presented here point to a timeless core within everyday chronologies by ways of derealization and refabrication, or disruption of the notion and function of historical references. Their current positioning does not stem from a deconstructive-critical stance, nor from a political agenda. It signifies a singular form of perception, an existential vision which infuses the ‘here and now’ with the ‘there and then’, as it undermines conventional categories of time, space, and presence.

Taking place in the building designed by architect Marcel Breuer for the US embassy to the Netherlands, ‘It Might be a Mirage’ uses its venue as additional historical evidence. With these presentations, this almost untouched bureaucratic environment, a construction that was once highly ideological-political, is being activated like a double to the state of affairs. Unwanted phantoms, now unleashed, captivating and vital, insist on interfering in the present. Images – projected or imprinted in matter, emerge in these presentations both as phantasmic glares and as mechanisms of disorder.

Tolia Astakhishvili’s work stems from a drawing practice, but has turned interdisciplinary, collaborative, and spatial. A curious wanderer, close observer, and passionate collector of images, writings, objects, and materials, Astakhishvili invents haunting spaces from memory in which the personal and the fictional merge in a stirringly enigmatic and not-easily-consumable way. Her multilayered dreamscapes point to the material porosity, psychological depth, antagonistic forces, and poetics of the spaces we inhabit. (Leonie Radine)

David Claerbout’s work takes place within the transfiguration of the information-based image and in the interface between photography and digital animation. It makes use of optic mechanisms to redefine the relations between cognition and sight, memory and myth. The mutual assimilation of the technological into the human and of the human into the technological informs Claerbout’s images, films and drawings and their means of production from the very moment of their appearance.

Robert Kusmirowski was born in 1973 in Łódź, Poland. His hyper-realist settings speak to the kind of period displays found in ethnographic or historical museums, but they are also anchored in the context of total installation, as introduced and developed by artists like Claes Oldenburg and Ilya Kabakov, among others. Kusmirowski’s total installations materialize historical sceneries with an emphasis on the history of his homeland, summoning the chronology of early modernity and the trauma it brought with it. They introduce abandoned locations for which the viewer is a passive witness, as well as a potential performer capable of activating them.

Mark Leckey, born 1964, Birkenhead, United Kingdom, occupies a pivotal position among artists of his generation. The winner of the 2008 Turner Prize, his work in film, video, and lecture performance examines the interdependence between technology and subjectivity. Leckey’s use of existing images and found footage renders the role of the artist and the role of the curator indistinguishable from one another, equating the act of displaying with sculpture and object making. Regardless of the medium he employs, Leckey’s work implements disruption and distortions in historical images and artifacts to re-establish a sense of secretive, unresolved reality, which in essence can never be fully grasped.

Since the late 1970s, Moshe Ninio’s work was invested in the liminal existence of images that already exist in the everyday. In each of his work cycles, the “original” image is an object that is suspended or subtly modified in order to return as a sealed meta-image of itself, which may differ from its original function or even subvert it. The transformation that the image undergoes allegedly exposes a latent “secret,” a forensic-like truth. In their new configuration, the images become specters that belong neither to the order of the factual nor to that of sheer representation.

The practice of Wolfgang Plöger, born 1971, Münster, Germany, explores the mechanism of image techniques and communication networks as a branch within societies of surveillance and jurisdictional systems of death penalty. Plöger’s exploration is not merely structural or mediumal, but also political. Ranging from film installation to experiments and researches in laser and 3D printing, his works are both analytical and anarchic, exposing the concealed logic of technological representation and distribution, and at the same time, making it work against itself.

Known for his provocative and visually seductive moving-image works that collage together a wide range of source material – such as intimate home movies, archival footage, television signals and rich musical soundtracks – James Richards’s work addresses the relentless flow of imagery that has come to define the 21st century, carving out a space where personal politics and digital materiality might meet. Concurrent with filmmaking, Richards has presented numerous exhibition projects informed through archival research as well as through ongoing collaborative exchanges with other artists.
With a comprehensive oeuvre that moves between film, photography, and installation, Leslie Thornton is regarded as one of the forerunners of contemporary media art, In her works she explores a critical and theoretical analysis of the moving image and in doing so challenges both the limits of representation and the relationship between the image and the viewer.

The conceptual and highly sensual nucleus of Danh Vo’s work encompasses the integration of collective history and private experiences into each other. Fleeing Vietnam with his family as a child and settling in Denmark is an inseparable part of his artistic practice. Yet this very deployment of individual experiences within drastic political events puts in question simple or direct links between self, society and historical calamites. The enigmatic installation of objects and images in Vo’s work, whether found, acquired or exquisitely produced, and merely one possible incarnation at a time, is the outcome of the artist’s explorations into power structures in the Western world.

Tal Sterngast studied photography and film in Jerusalem, London, and Berlin where she lives and works. For the last twenty years she has been contributing to art magazines, artists‘ catalogues, and to German and Israeli newspapers. Her book ‘Twelve Paintings, Excursions to the Gemäldegalerie in Berlin’ was published in 2020 (Hatje Cantz). ‘Boomerang. Contemporary Art against the Spectacular Image of History’ will be published in Spring 2023 (Distanz).

Ory Dessau is an independent curator and writer based in Ghent and Brussels. He has collaborated with museums such as the Tel Aviv Museum of Art, Neue Nationalgalerie, Berlin, S.M.A.K., Ghent, and Moderna Museet Malmö. In 2021 he curated ‘Facing the Crowd: On and Around Lecture Performance’ at West Den Haag. Dessau’s texts are regularly published in different art magazines such as Art Review, Flash Art, Mousse Magazine, and Metropolis M.