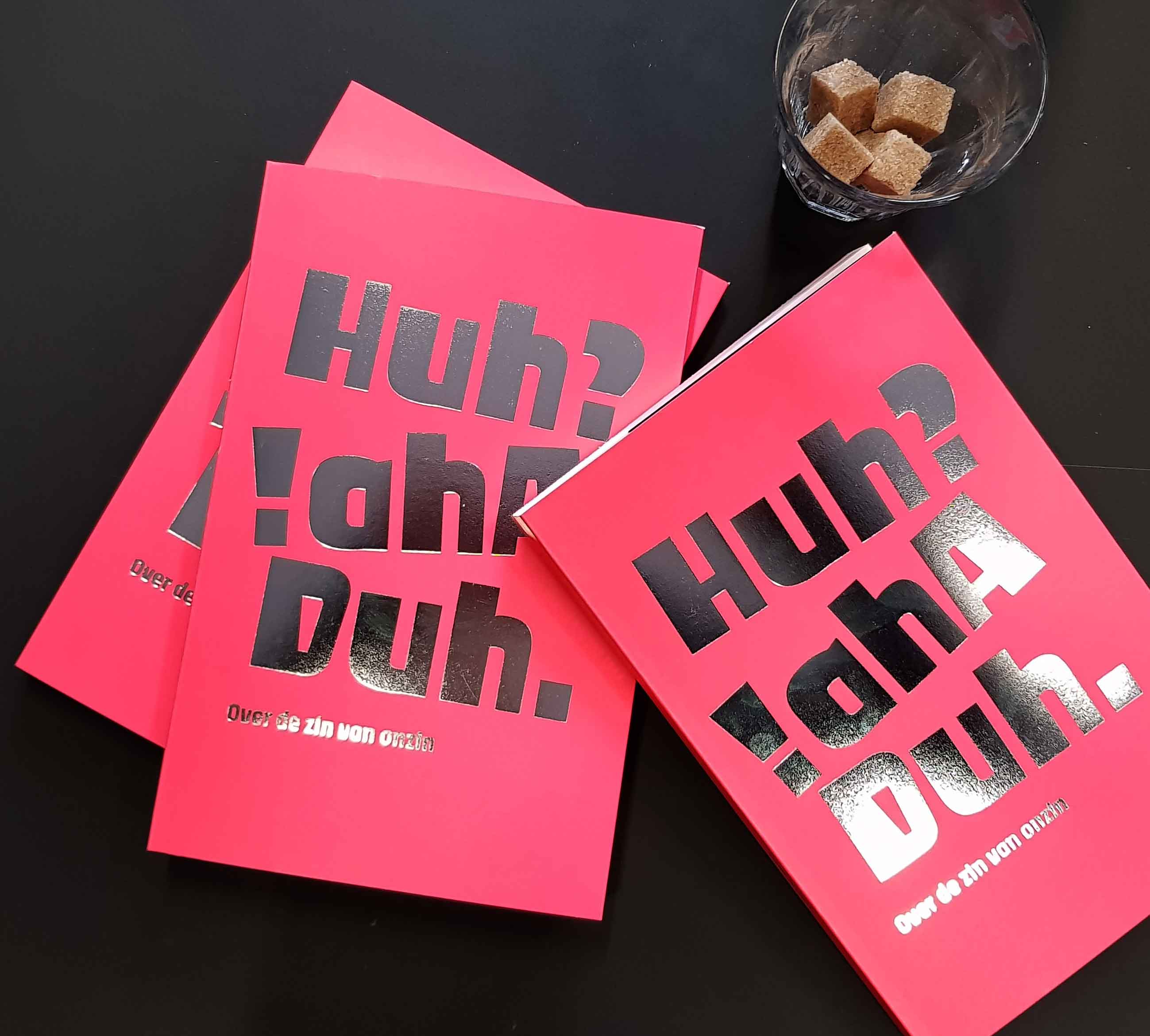 ‘Huh? Aha! Duh. — About the sense of nonsense’ is a special project of Emily Kocken. In this book she describes the experience of art from three different perspectives.

In Polyloog #1, three friends wander through a museum. They ask each other questions about what they see and the surroundings around it. A stream of thoughts takes the reader from a perhaps recognisable work of art to a literal reference to a popular museum in Madrid to a performance that turns out not to be a performance.
Polyloog #2 is an interview with emeritus professor of art history and media theory Beat Wyss about the meaning and nonsense of art. This is based on his statements about the art movement Dada and the origins of Dadaism in the documentary Wass ist Dada (2011). In a stormy and personal conversation Wyss and Kocken philosophize about the role of the viewer, intellectual war refugees and the desire to entertain each other.
In Polyloog #3, a refined order is created using the Alphabet von hinten by Kurt Schwitters (the man of nonsense who was nevertheless evicted from Dada). From Z to A, Kocken takes the reader along along considerations that make the book bite itself in the tail. ‘Huh, Aha! Duh.’

Emily Kocken (1963) is a writer and artist. She made her debut at Querido Publishers with the novel ‘Witte vlag ‘(White Flag) (2013), which was nominated for the Academica Literatuurprijs. In 2017 her second novel ‘De kuur’ (The Cure) appeared, in which a family travels to the magic mountain in Davos. Soon ‘Lalalanding’ will be published, a novel about beauty and time.

The book is a publication in Dutch by IKK and was distributed during the National Museum Week of 2019 in the Kröller-Müller Museum, Museum Boijmans Van Beuningen, the Gemeentemuseum Den Haag, West Den Haag and the Stedelijk Museum Amsterdam.