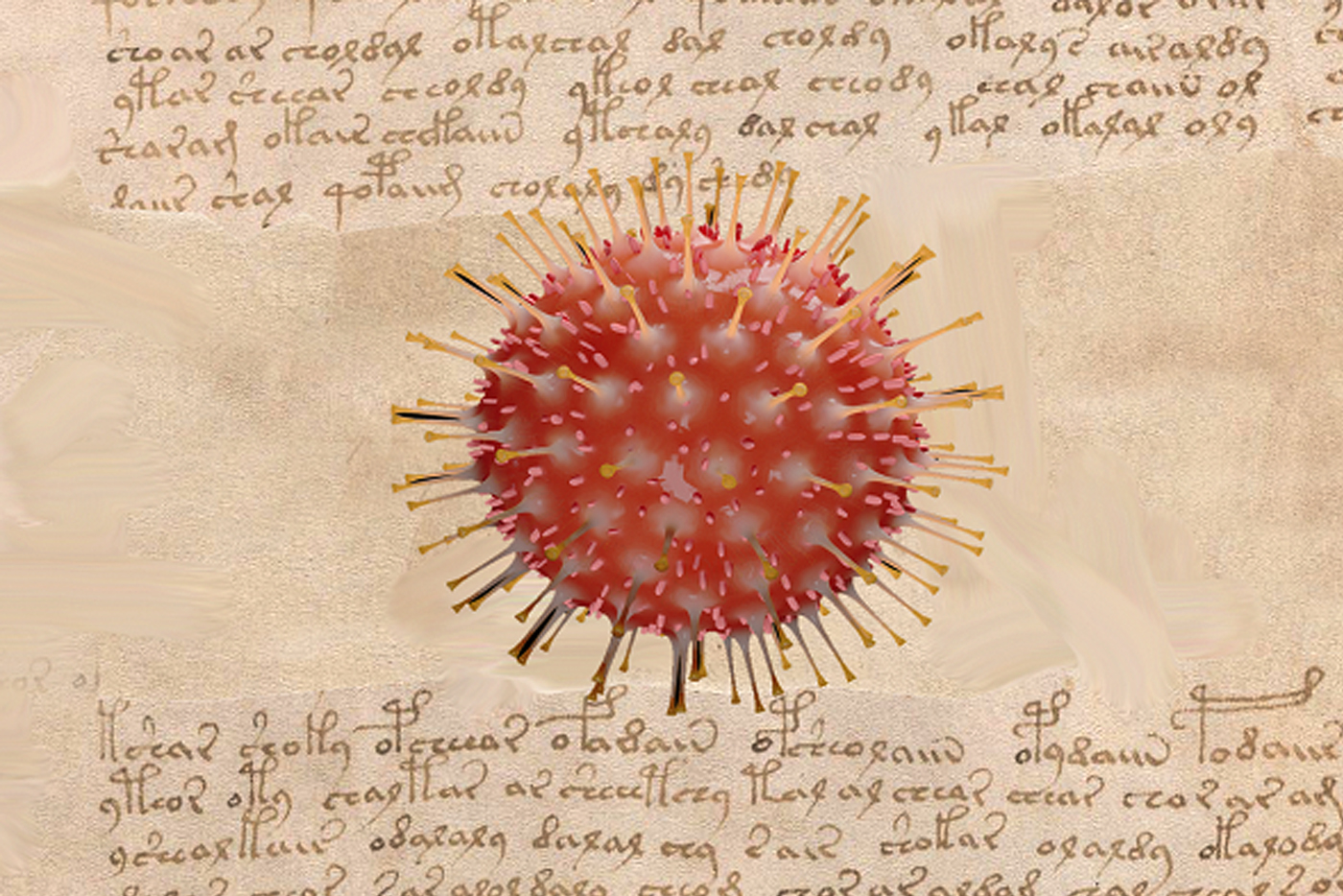 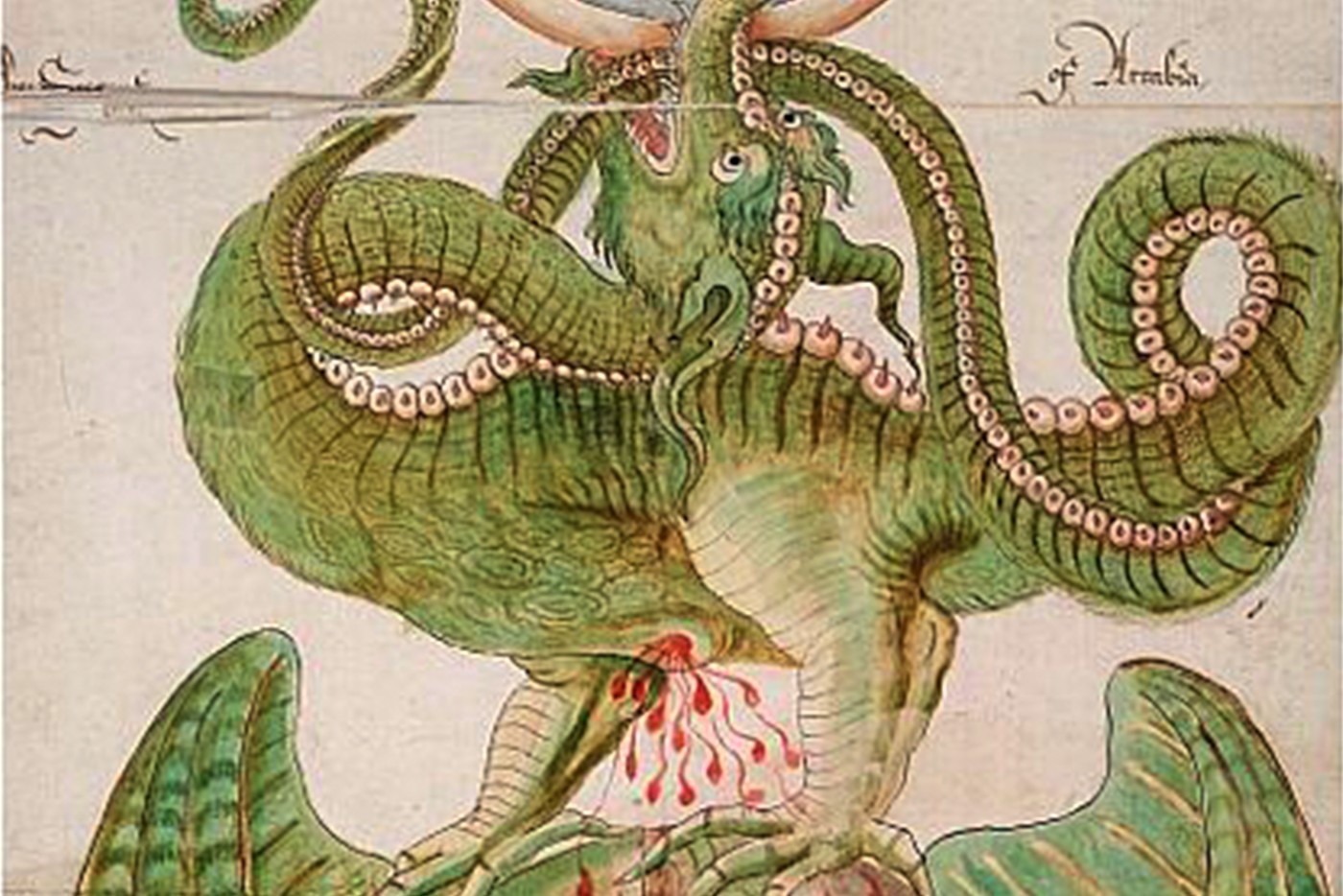 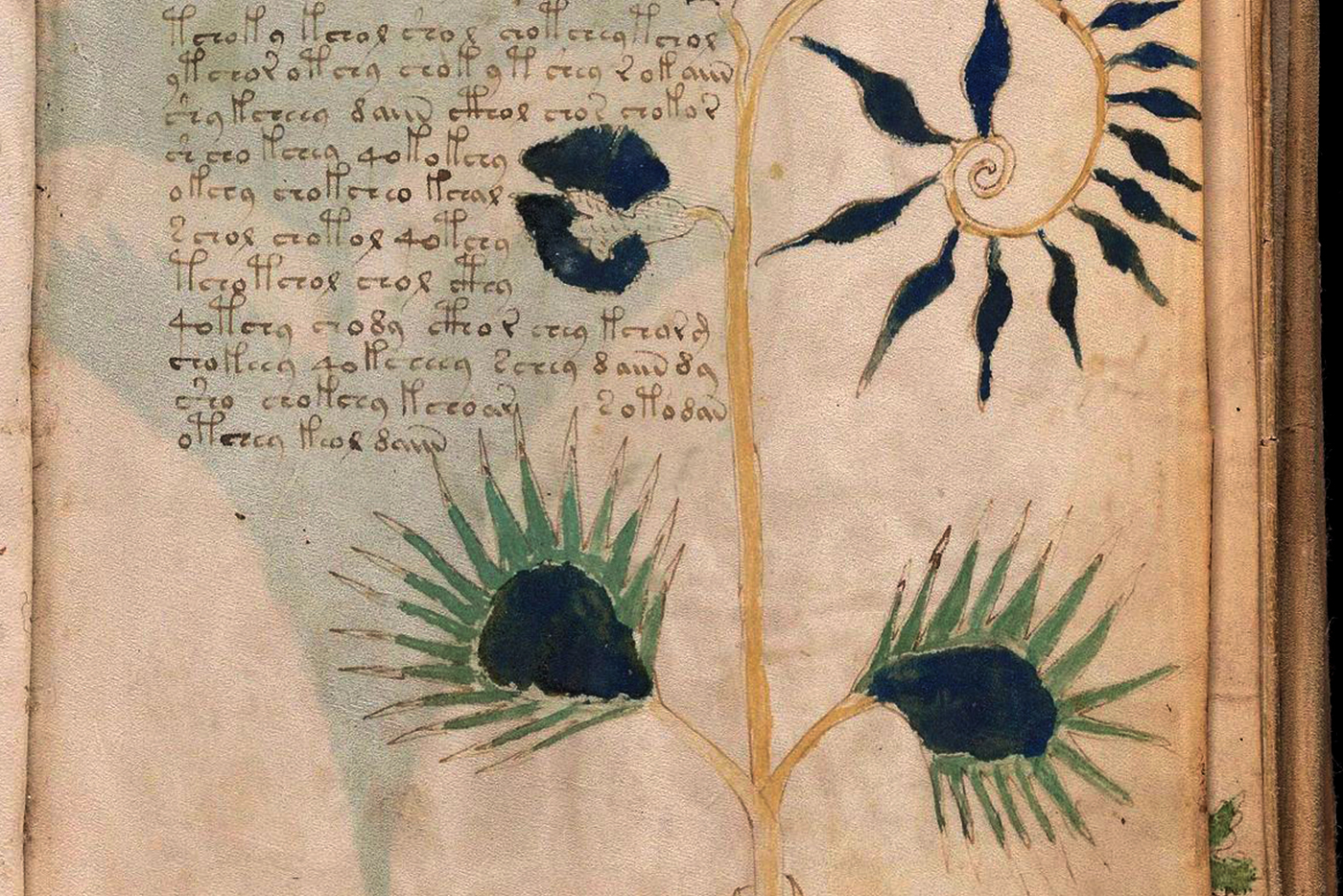 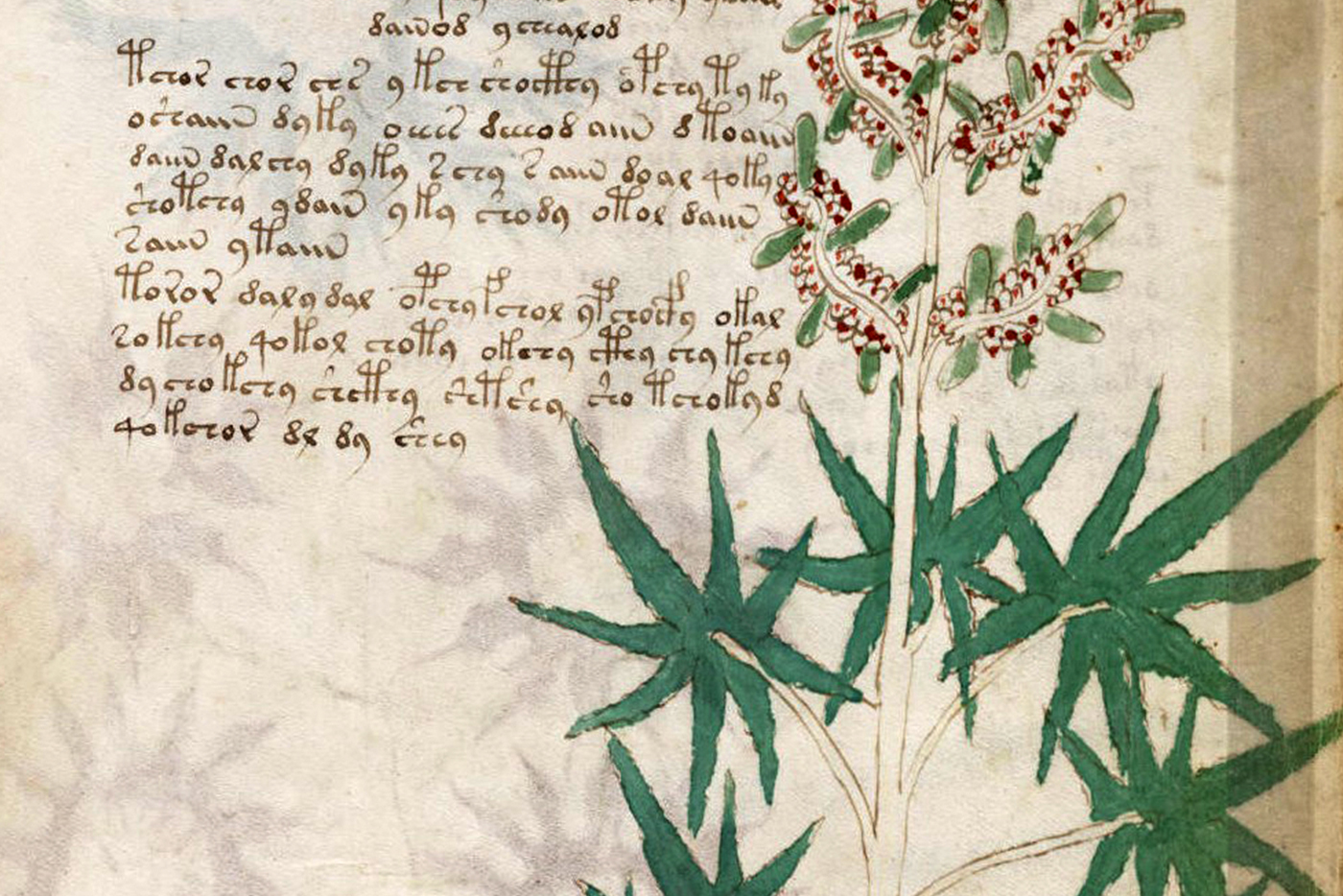 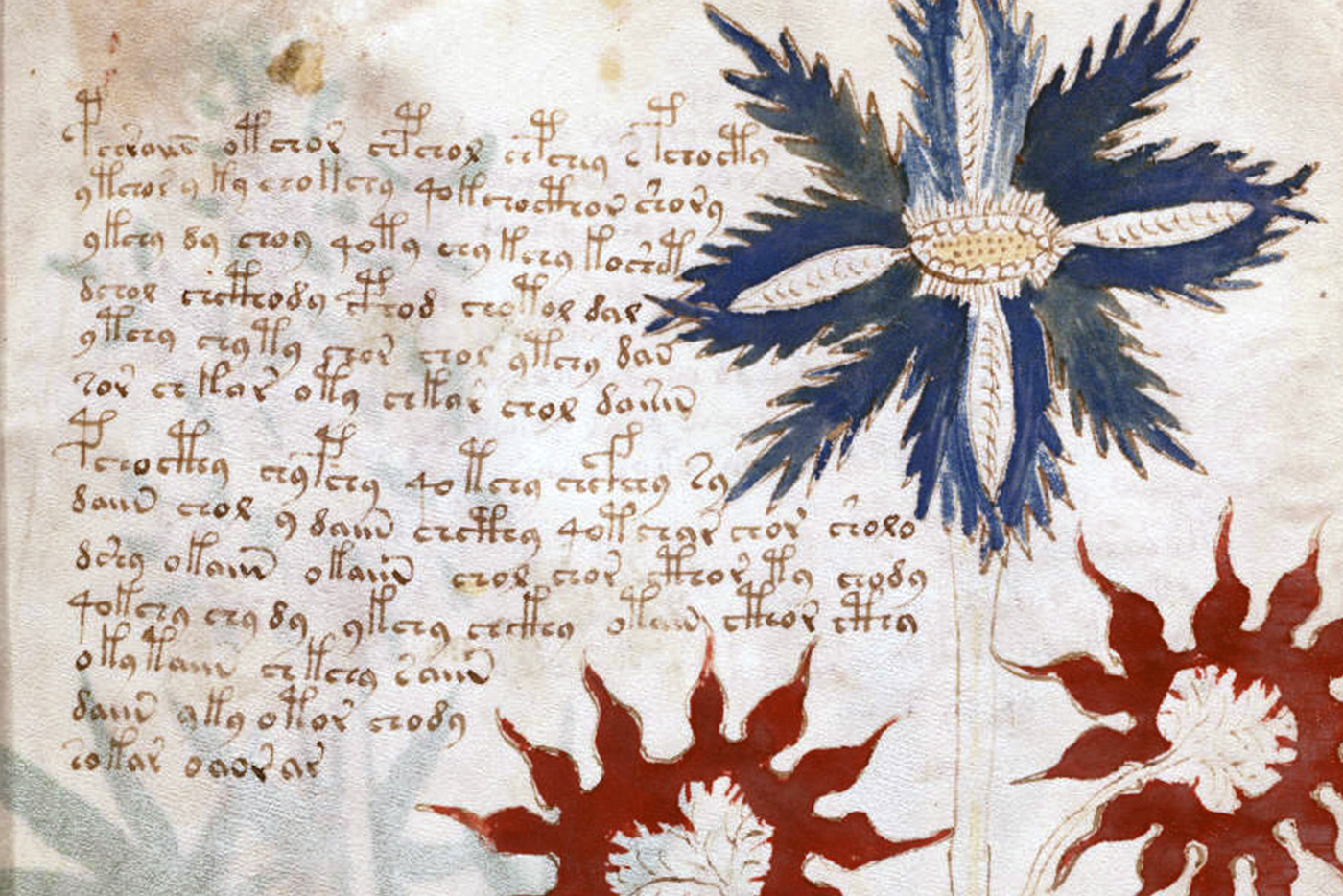 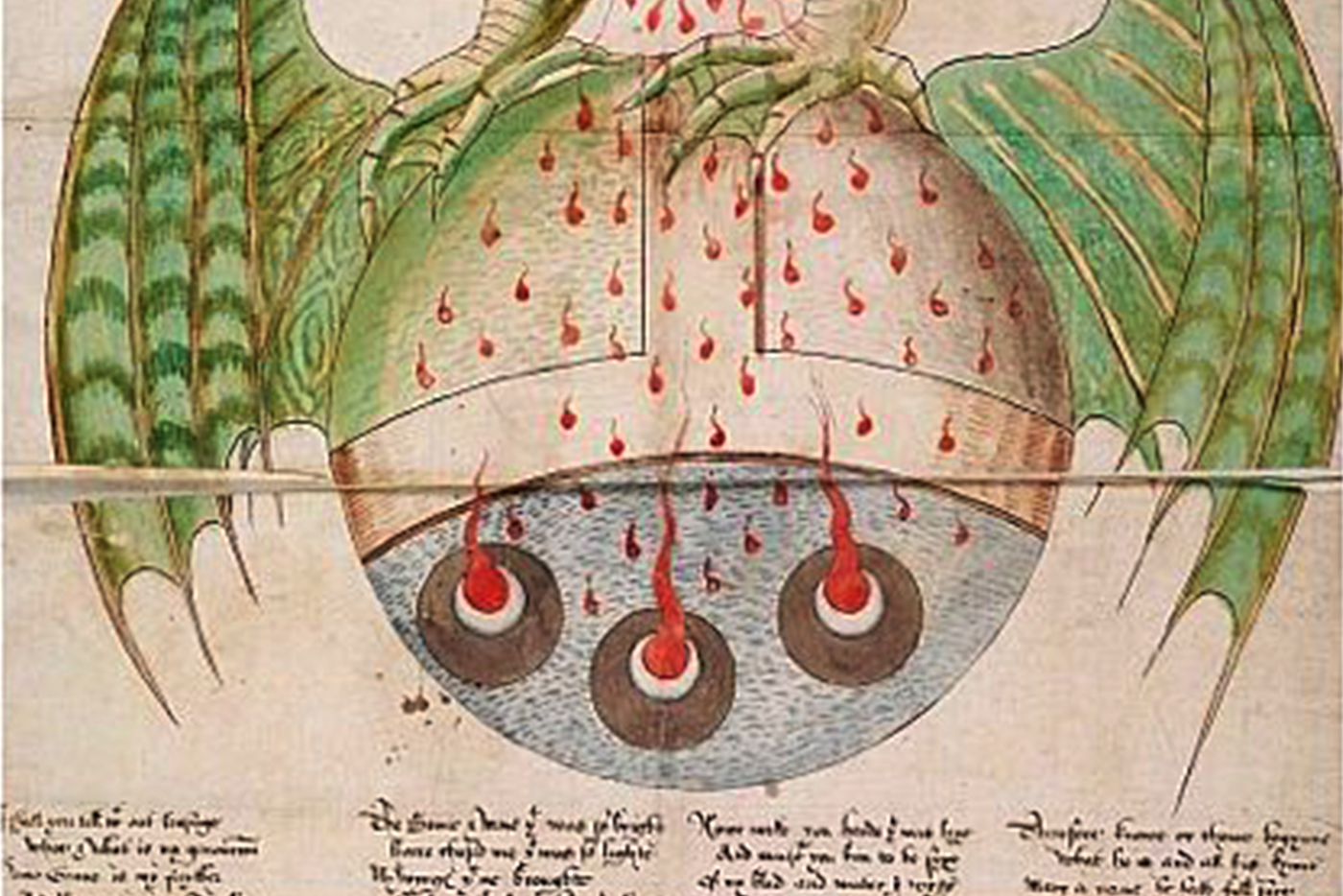 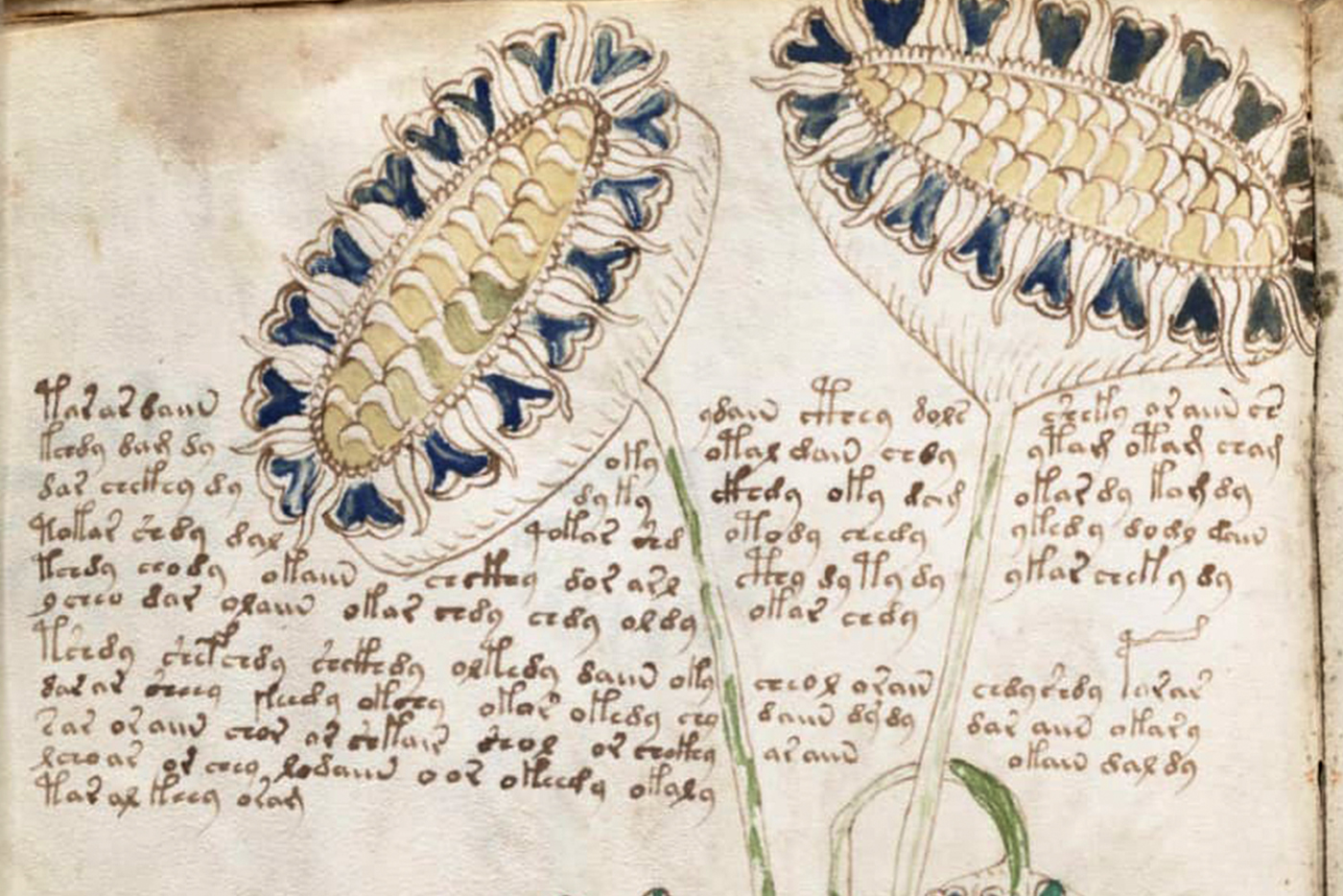 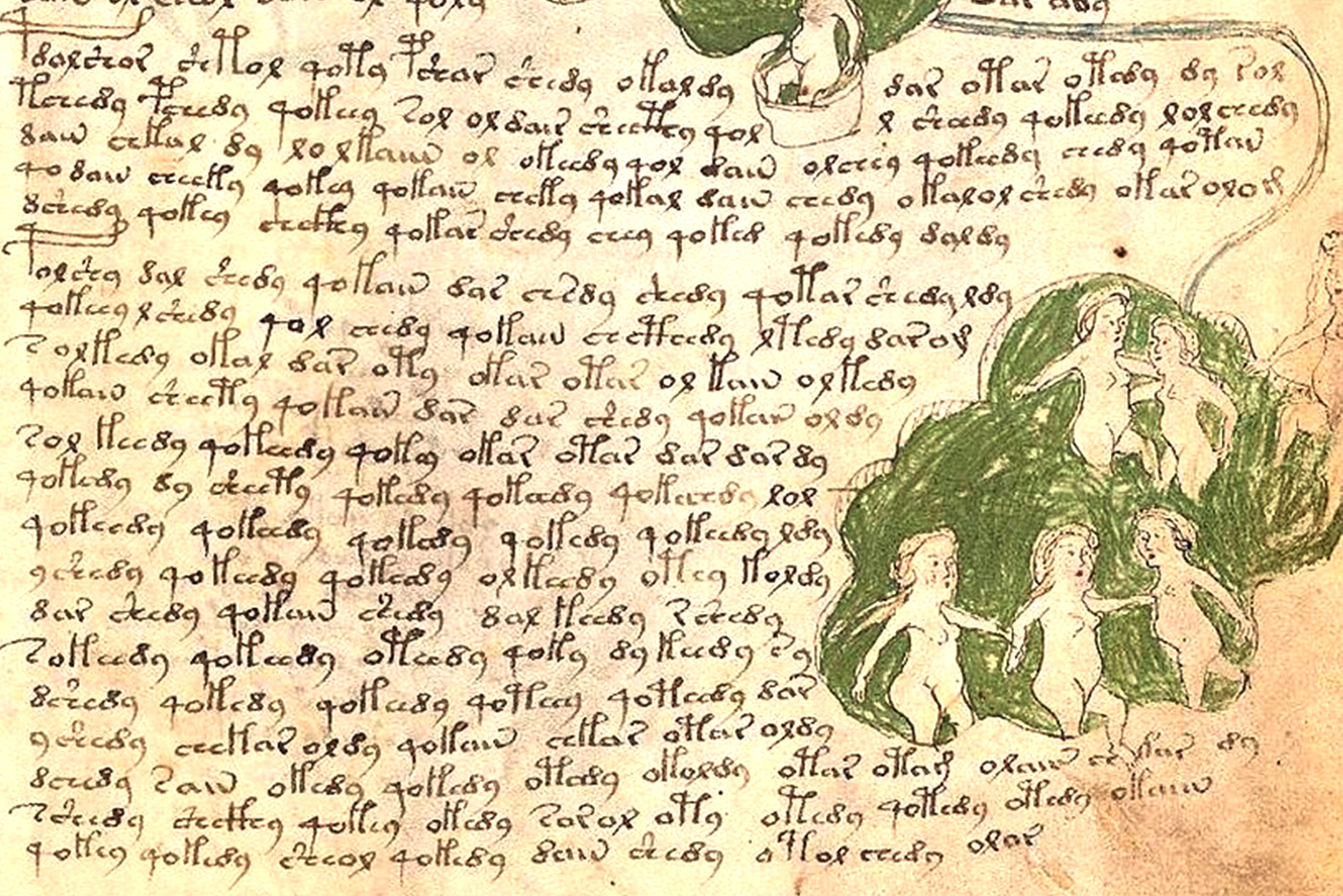 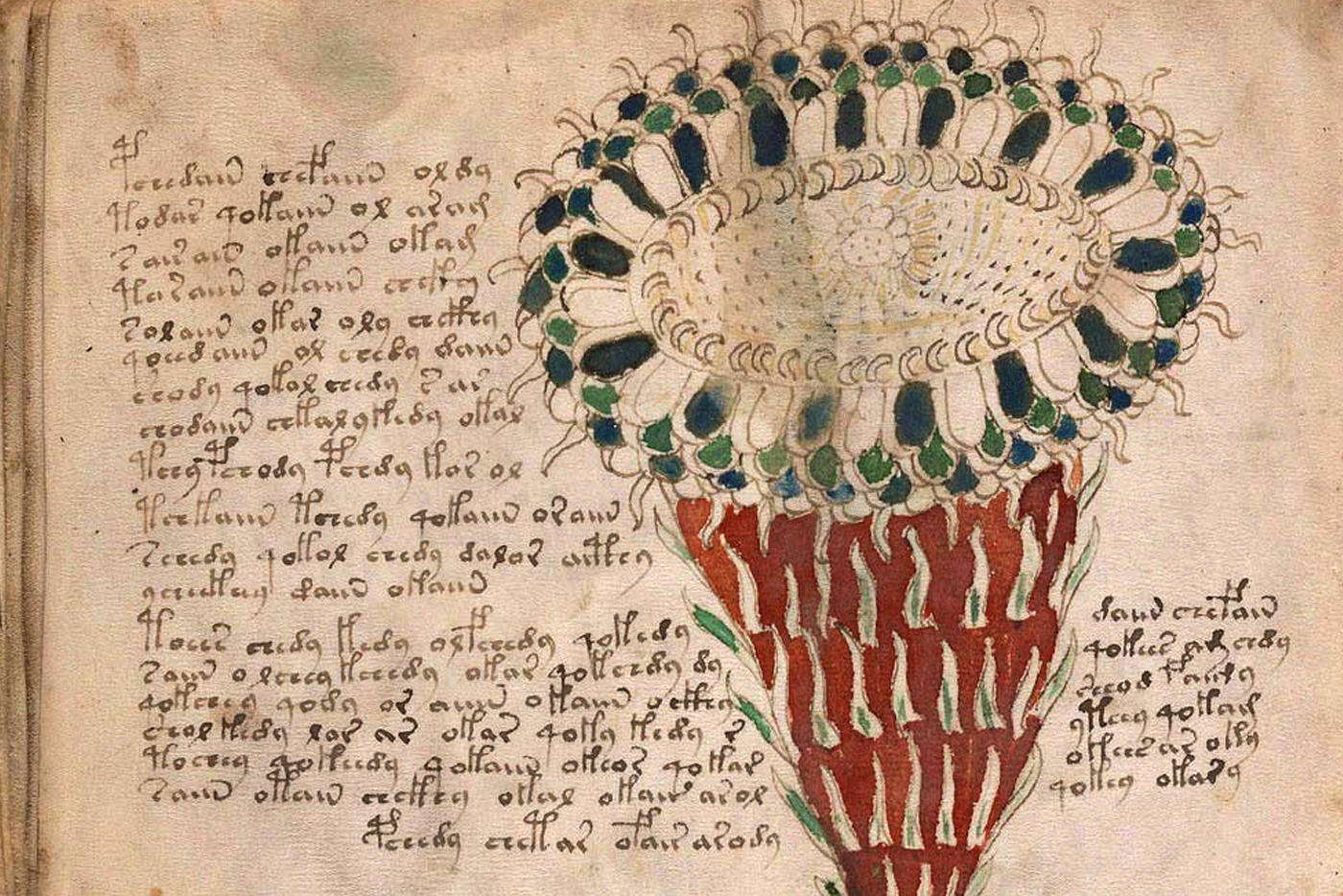 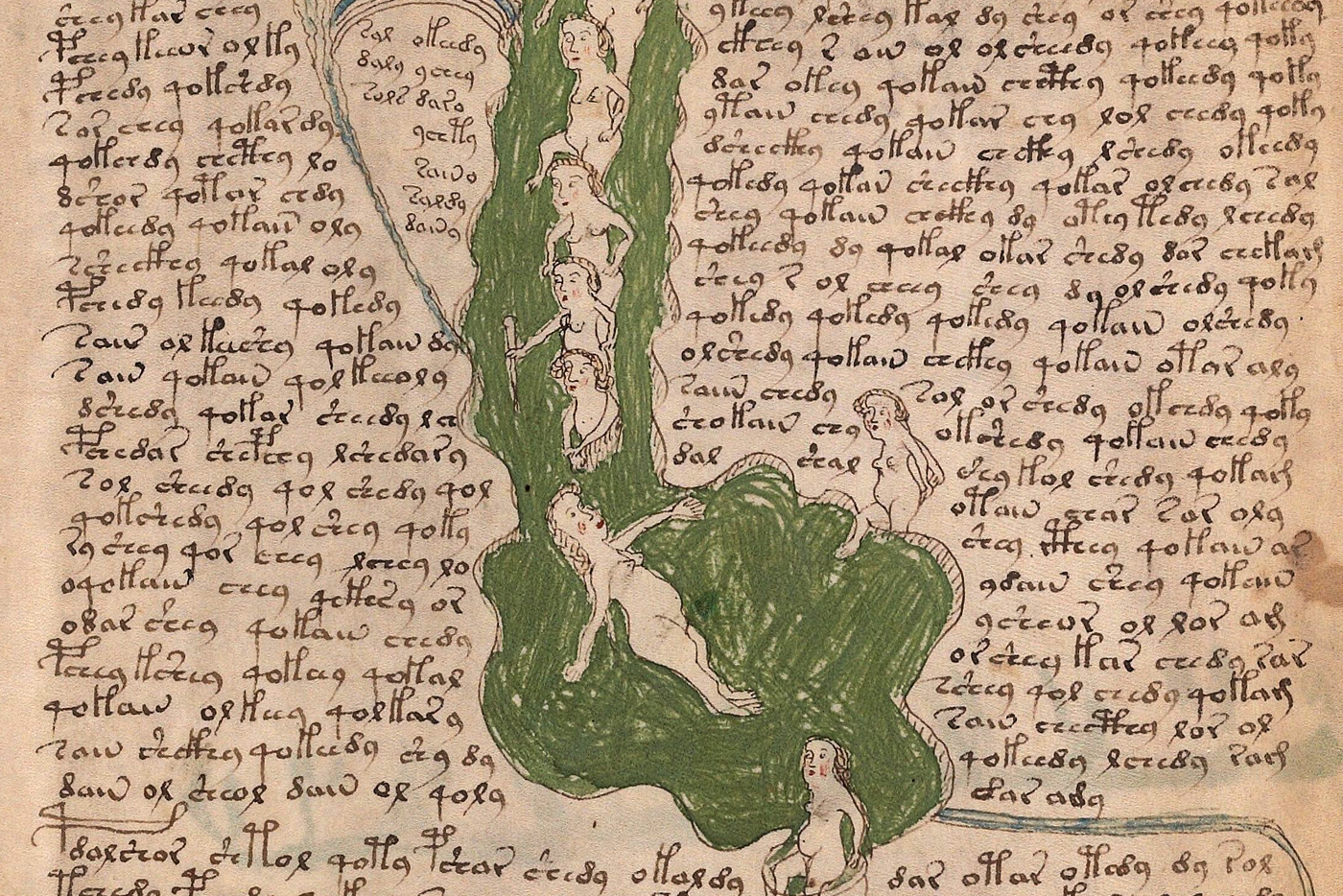 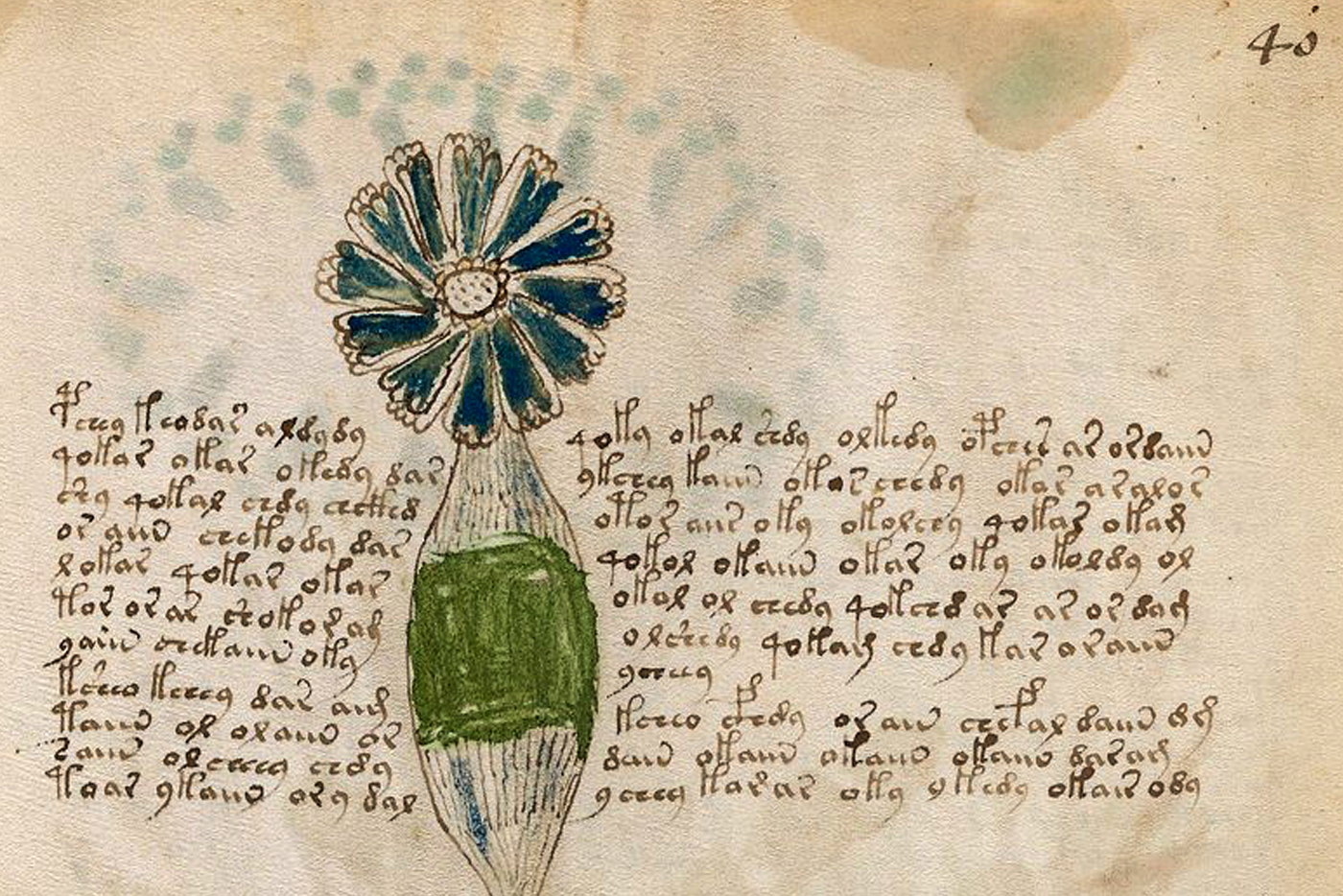 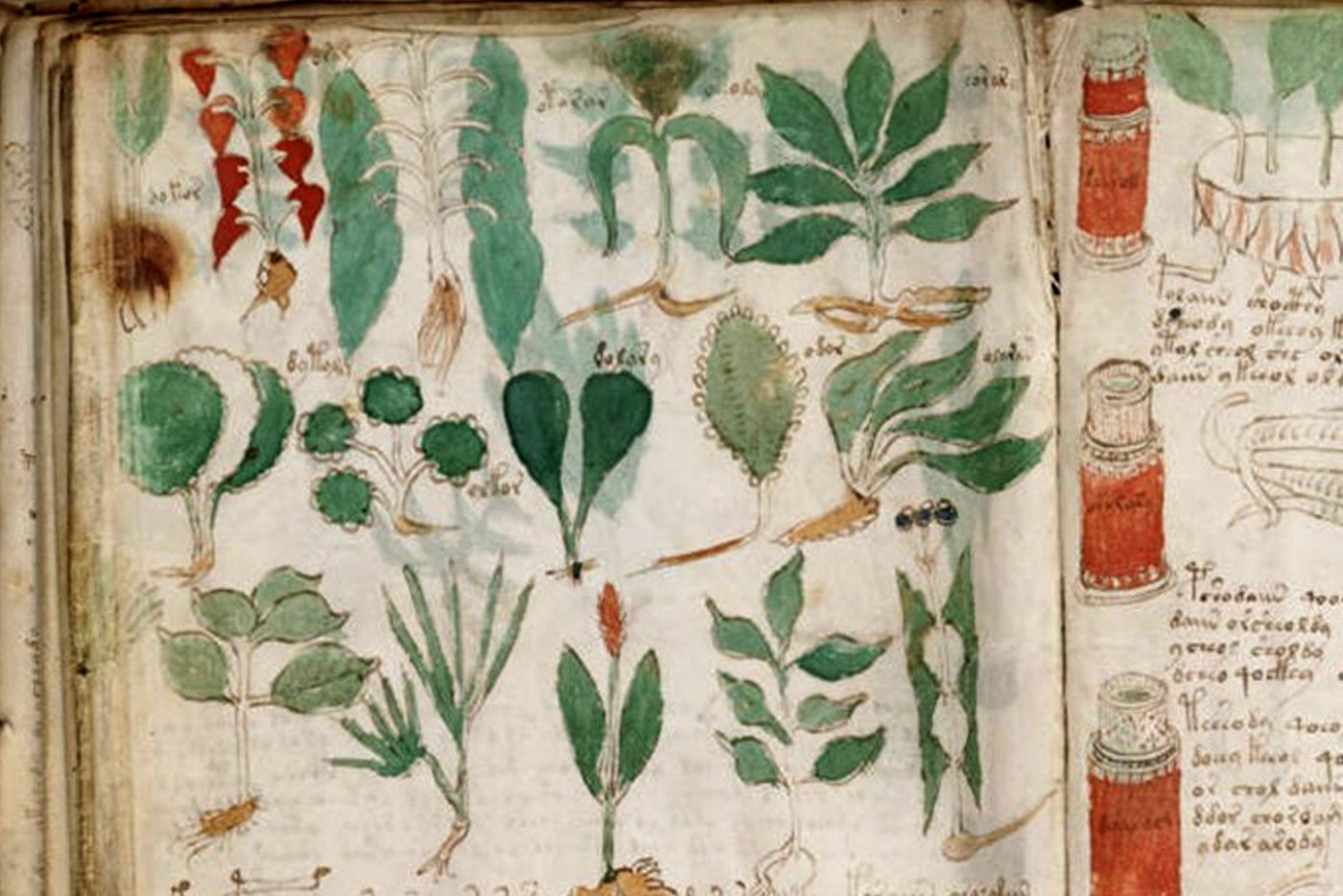 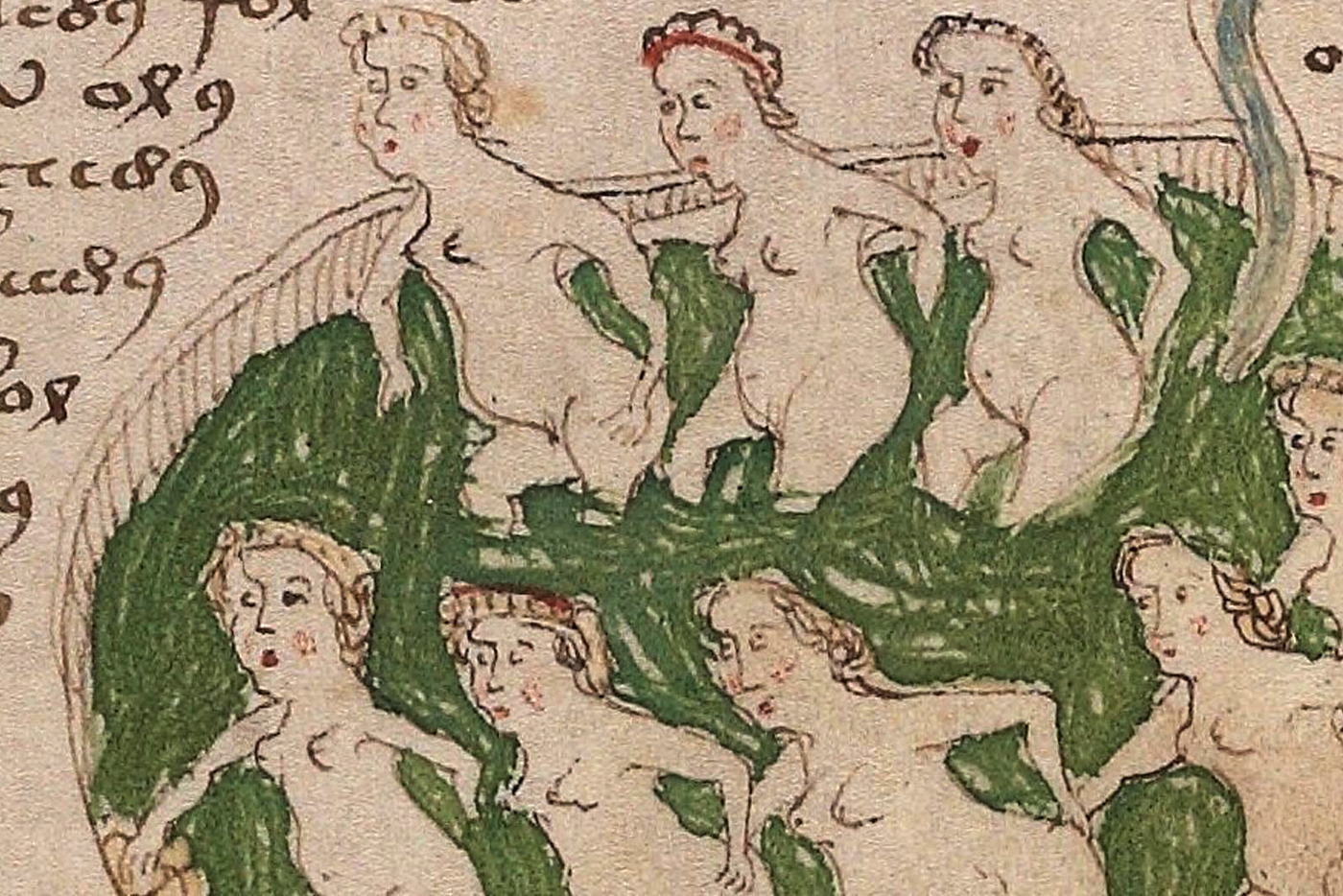 ‘We don’t know what it says’, states Terenece McKenna about the Voynich Manuscript, a handwritten codex from the first half of the 15th century. The medieval occult and unreadable book is handwritten in an unknown language and alphabet. The original manuscript is now part of the collection of Yale University (US). A reproduction of the codex with essays is on display in the reading room of the Alphabetum, an artistic space at West in which the form and meaning of letters is explored.

The Manuscript breaks down into illustrated indentifiable sections. De botanical section contains illustrations and descriptions of plants in the format of the herbals of the age. The cosmological section contains astronomical diagrams and recognizable zodiacal signs. The pharmaceutical part shows parts of herbs and traditional storage vessels. The block of solid textual material is referred to as the recipes section. And last but not least, the codex has a section showing naked women bathing.
The Manuscript is named after the book dealer Wilfried M. Voynich. He was a self-made man, dealing with cheap early printed books. Eventually, he specialized in medieval written manuscripts, since these were much more lucrative. Almost immediately after the purchase of the Manuscript in 1912, claims were made that it was a forgery or a hoax. But the prepared animal skins on which the texts are written are carbondated. The materials date back to the late medieval period. The codex is small, like a modern paperback, but it features many foldout pages, so accessabilty to such an amount of parchment is very unlikely. An other indication is the proven authenticity of the 15th century ink and pigments.

In the US, Vonich contacted the couple Friedman, code breakers in service of the American government. But they also failed to crack the code, just like many after them. It appears that the creator of the codex enjoyed the development of an non-readable text. Ciphers are replaced by letters and mixed with symbols to complicate the system even more. This makes the reading of the text a tantalizing process: the text appears to be accessable, but it is not. The same goes for the illustrations. The plants appear familiar but they cannot be determined. It is also likely, that the creator never intended that the text would be read by anyone. The text stays just out of reach. Until someone cracks the code.

The Manuscript remains sensitive to hoaxes. April of this year, just after the outbreak of the pandemic, this image of Covid-19 appeared. (first image)