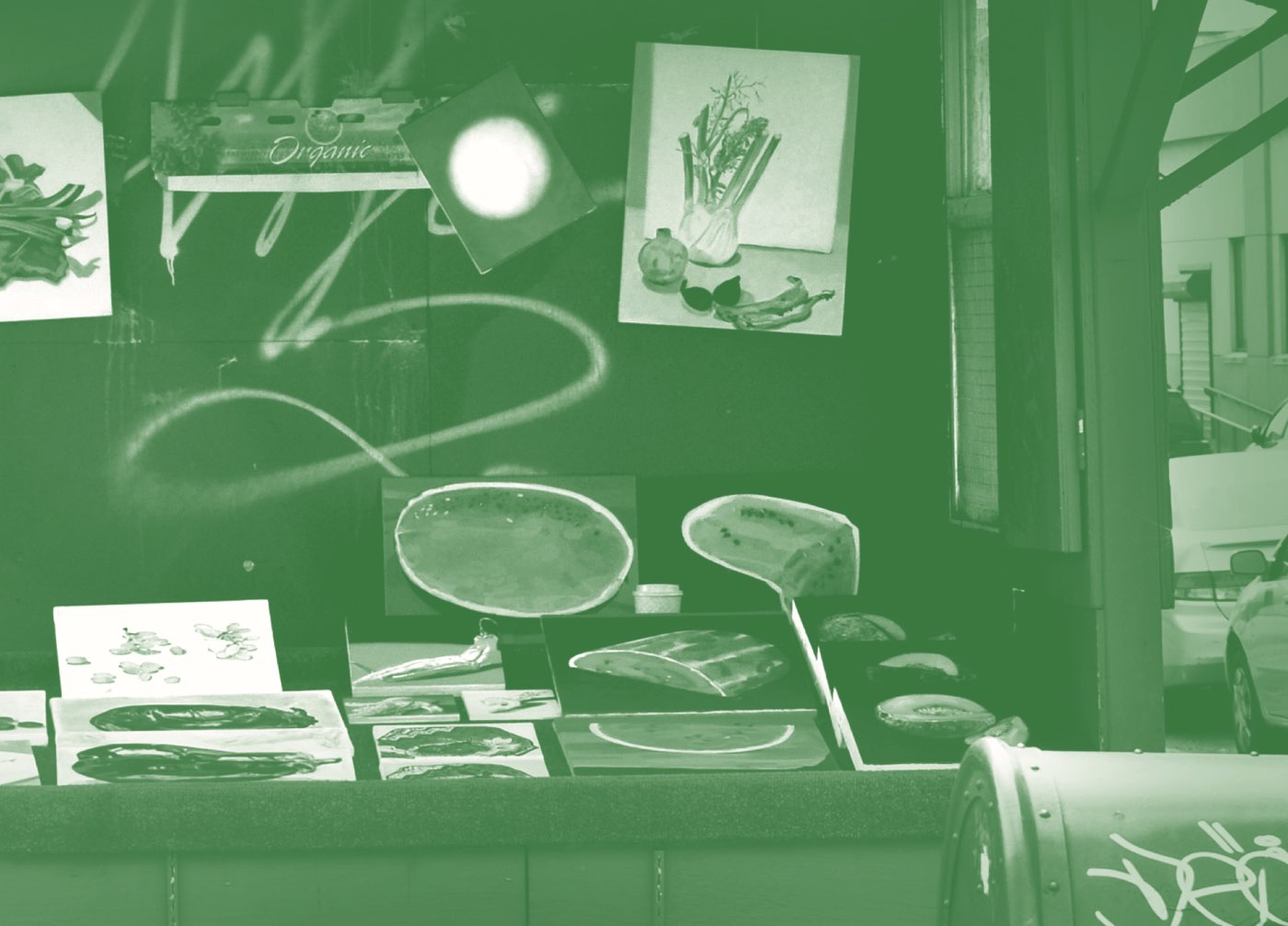 In 2014, West hosted ‘Autonomy Exchange Archive’, a group exhibition centering upon ‘residual’ materials, such as documents, photographs and objects. These materials can be seen as some kind of ‘leftovers’, ‘souvenirs’ or collections, which eventually accumulates into archives. The exhibited artists share a similar approach in their practices; they are not fixed upon any particular working method and their practices tend to leave behind a number of these ‘residual’ materials. With ‘Autonomy Exchange Archive’ the aim was to propose a way of looking at this material as active agents, allowing for the work to be re-performed in different arrangements.

Perhaps, it is tempting to get an understanding of the artists thought processes and approaches to this specific artistic mindset that the exhibition promotes. Exactly this is possible since West, accompanying ‘Autonomy Exchange Archive’, issued a booklet that contains a conversation with the three New York based artists and exhibition participants Paul Branca, David Horvitz, and Fawn Krieger. The conversation includes reflections procedure of documenting, in what forms they consider documentation to be and to what extent documentation is necessary. The reflections, being sometimes individual or opposing, sometimes interrelating. Branca starts up the conversation by asking the two others how far they go to plan documentation of project based works.

The notion of documentation triggers Horwitz as he, at times, prefers to explicitly avoid documentation. In his opinion, documentation is especially problematic when it becomes so essential to the making of the work that the decision making is based on the necessity for an eventual documentation. To Krieger, the materials that usually constitute our notion of documentation, such as photographs, video footage, correspondences, are more part of the fabric of a work. What becomes clear from the discussion is that they share an interest in finding connections in works which often stems from a documentation of one work leading to the beginning of another work. In Horvitz’s experience, this can happen coincidentally or accidentally. He regards his working practice as fluid because his work, then, somehow becomes part of the same working practice while not necessarily belonging to the same series. Having lost all his desire to be in the role as documentarian in terms of photograph and recording, Branca finds it important for his paintings to acquire the roles of documentation. Once they are sold and out of their original ‘performed’ presence, they become facts of this specific point of situated presentation.

Documentation is not simply a dead endpoint but can become a vessel for something new and can, likewise, alter and give new perspectives to existing work.