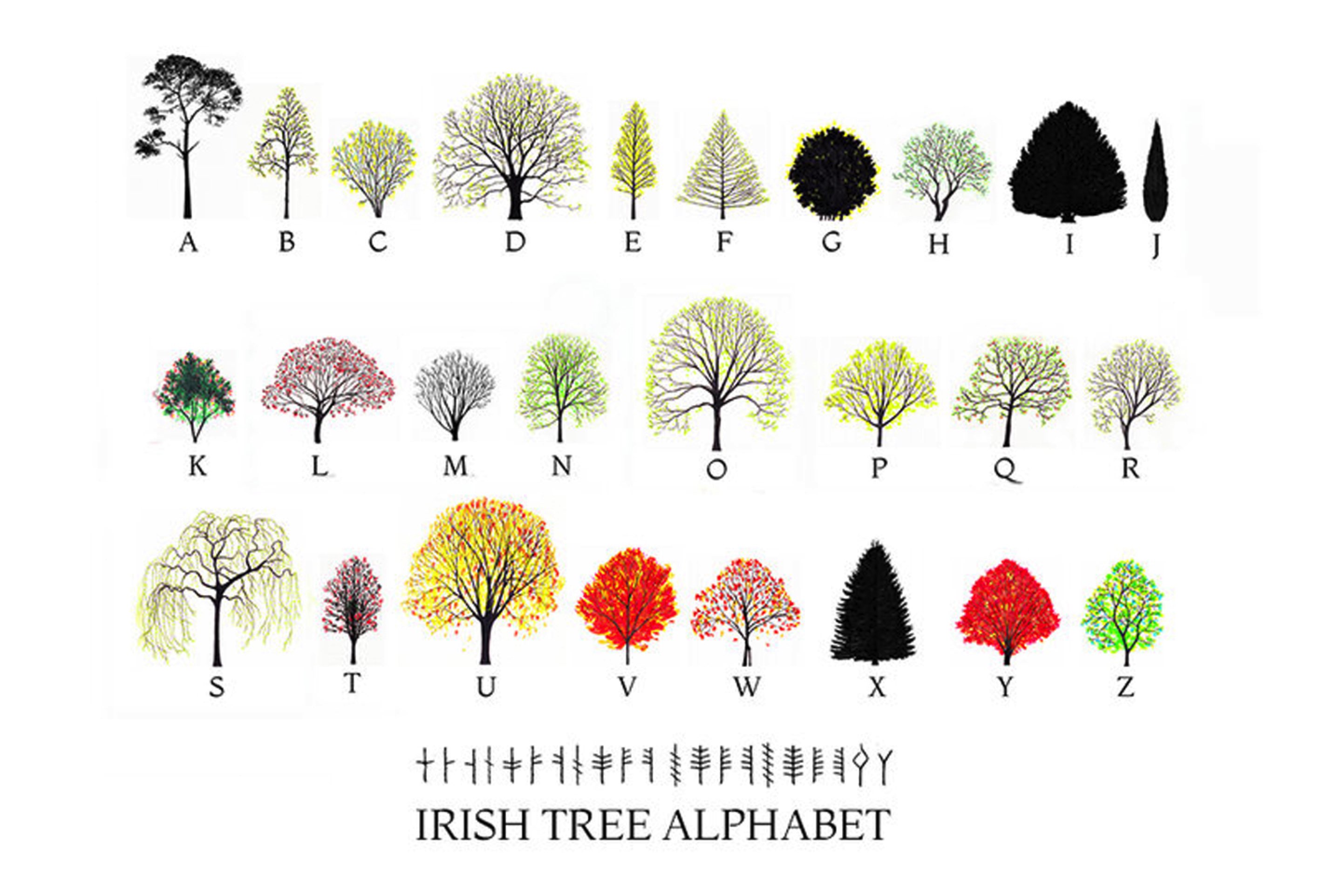 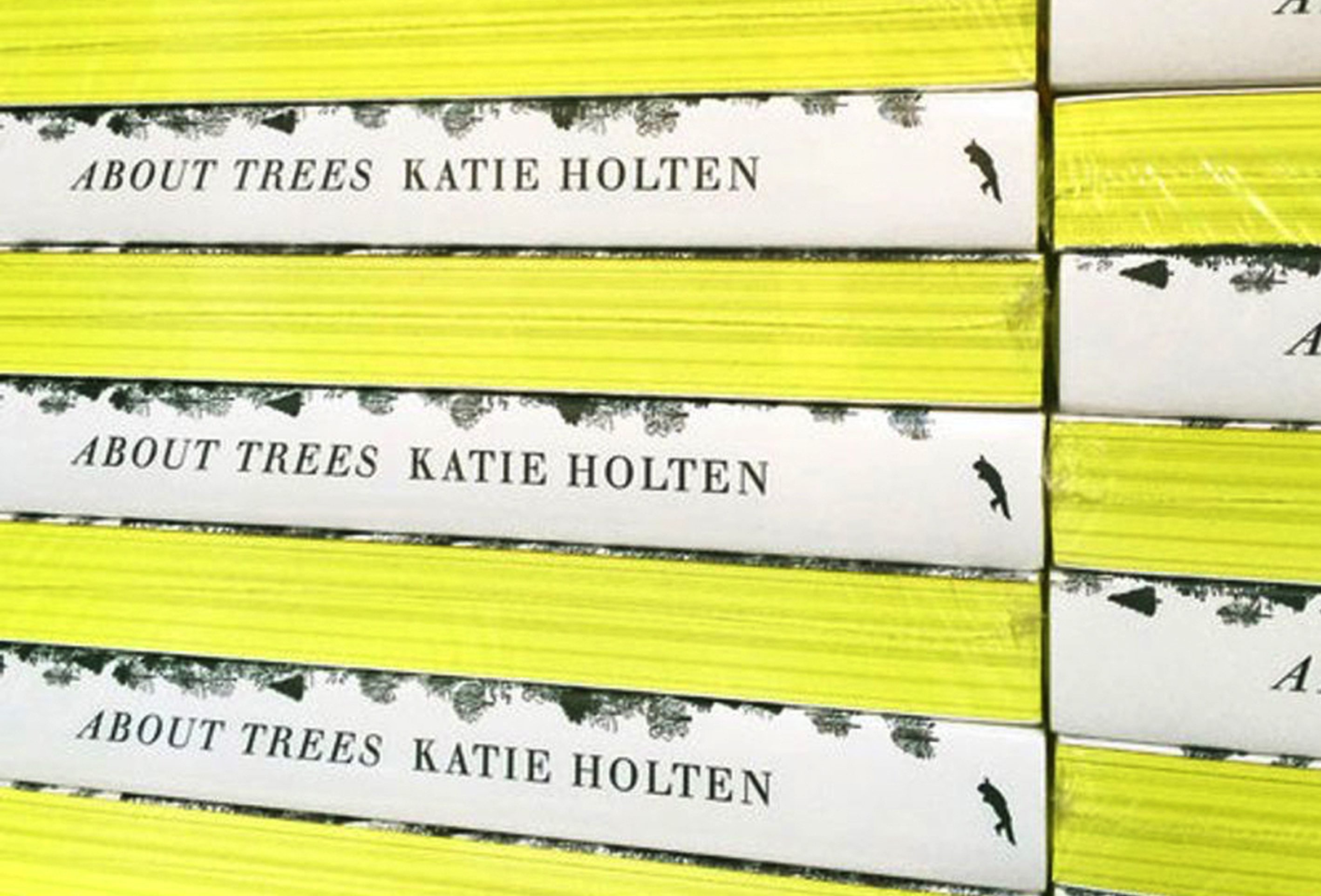 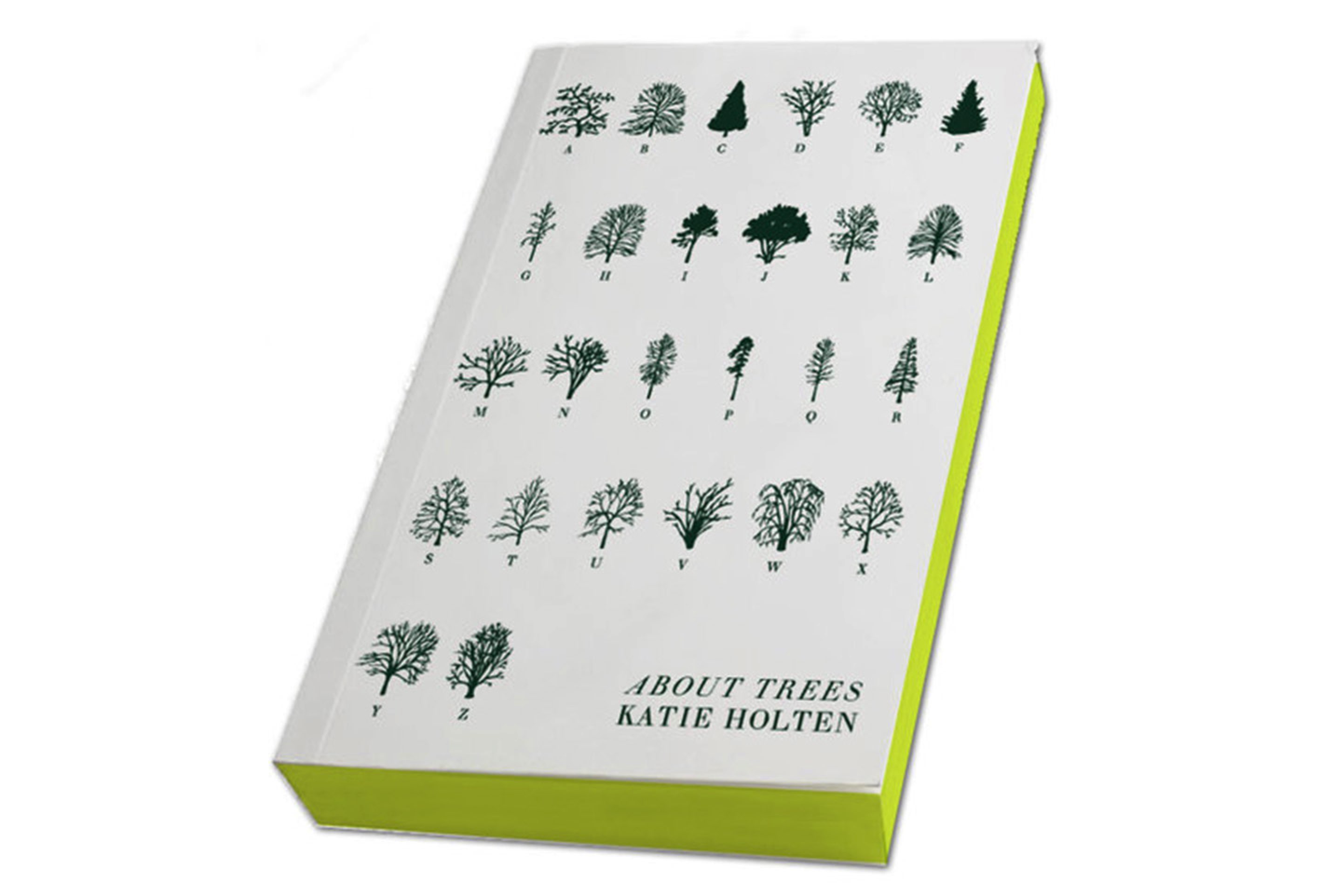 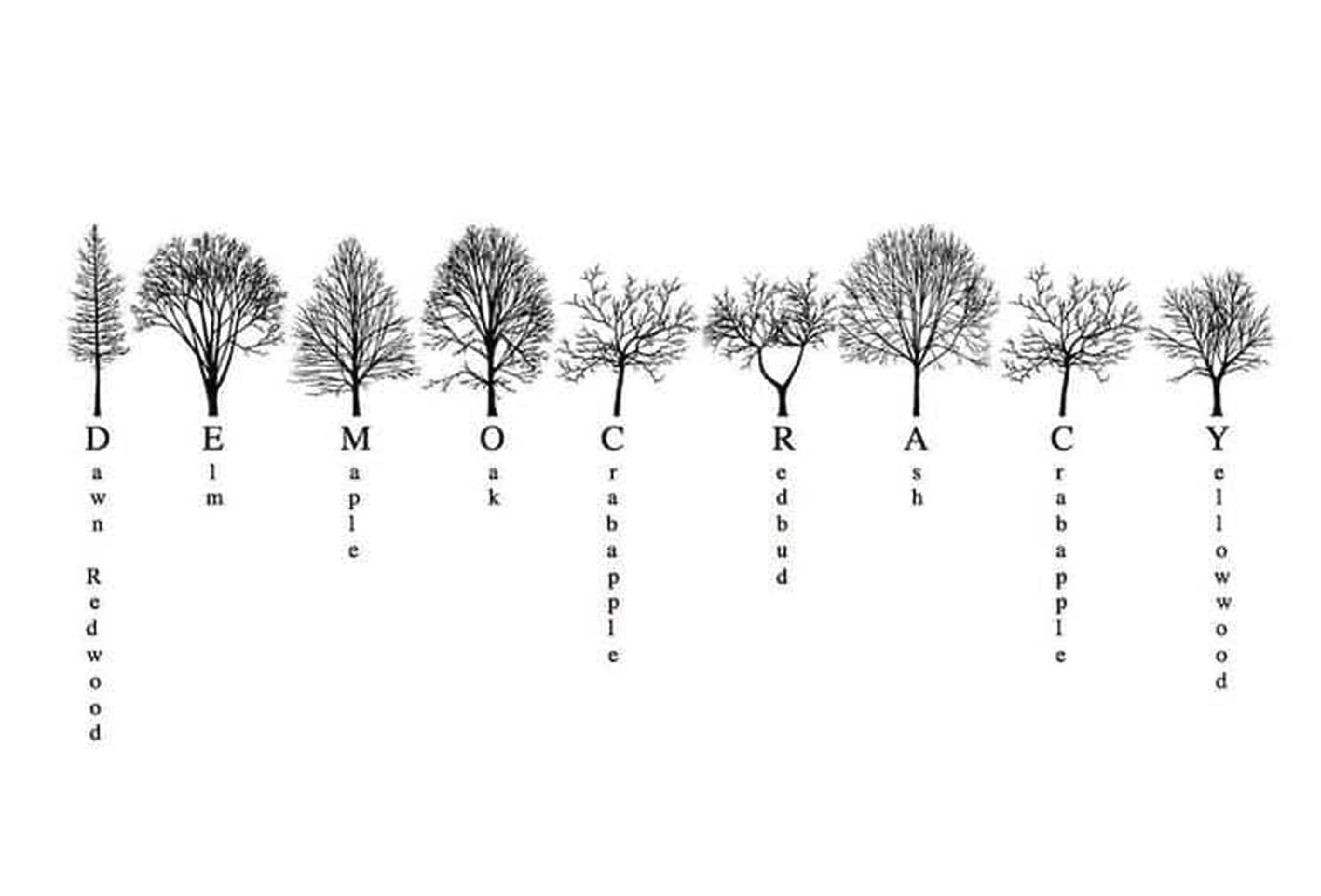 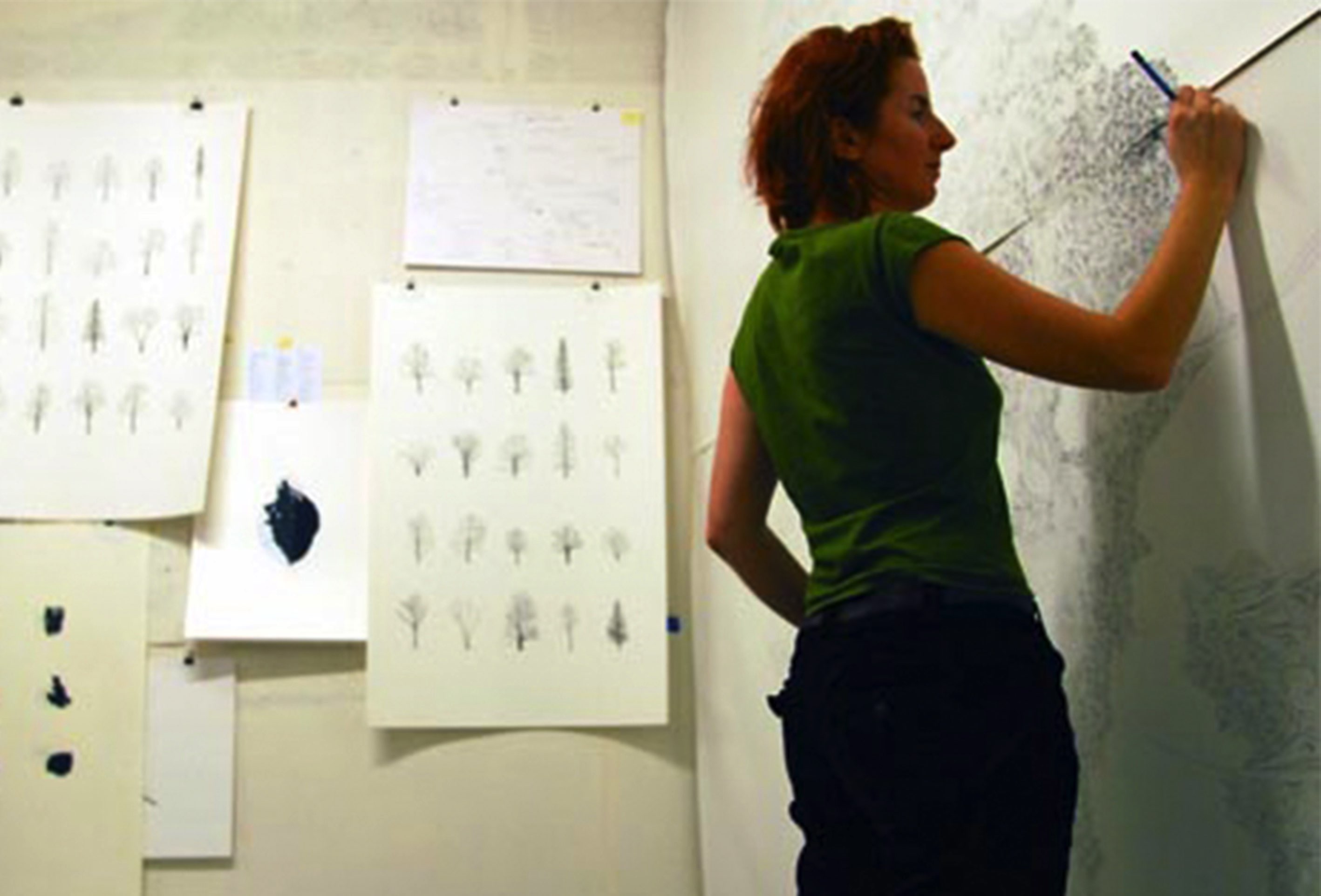 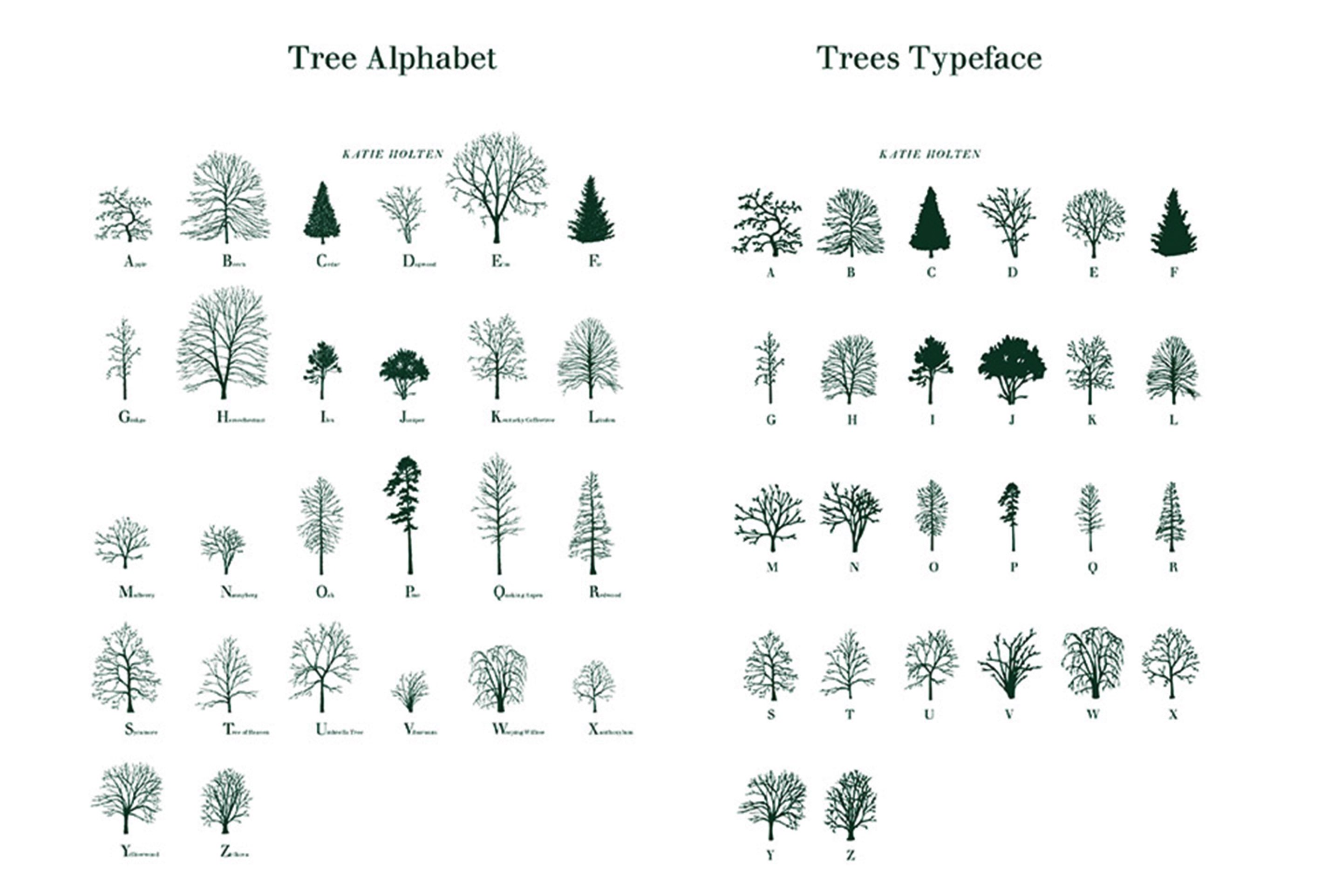 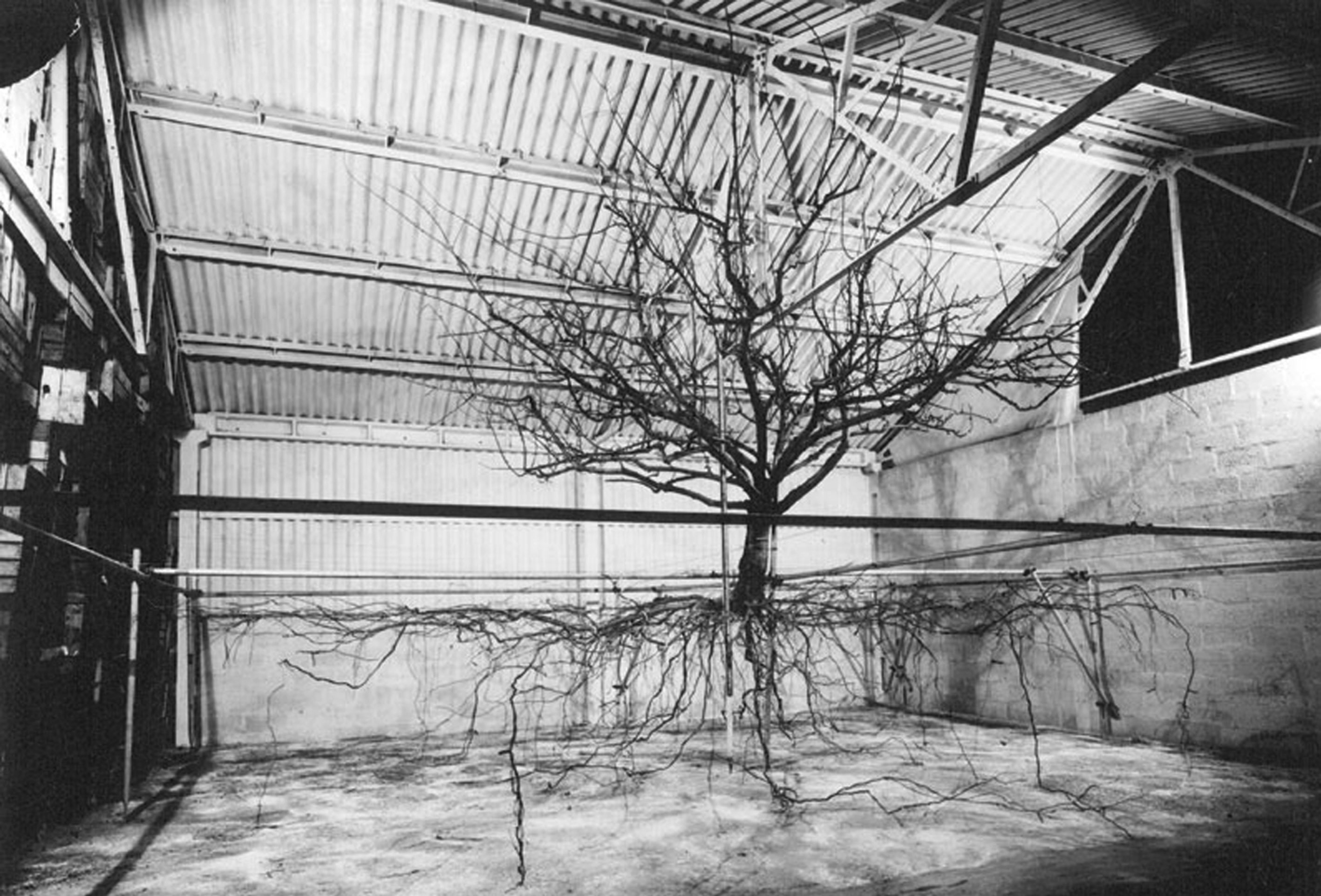 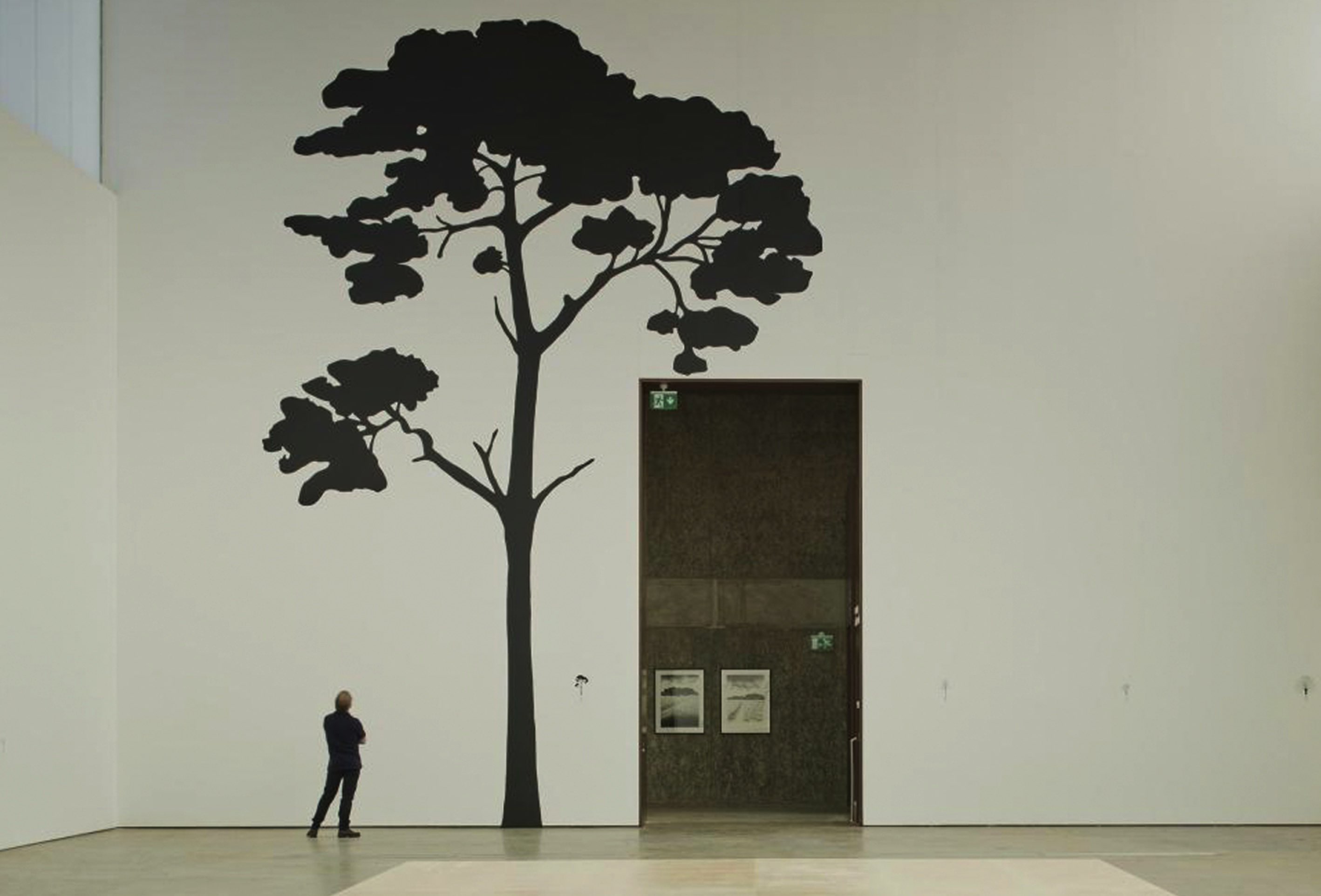 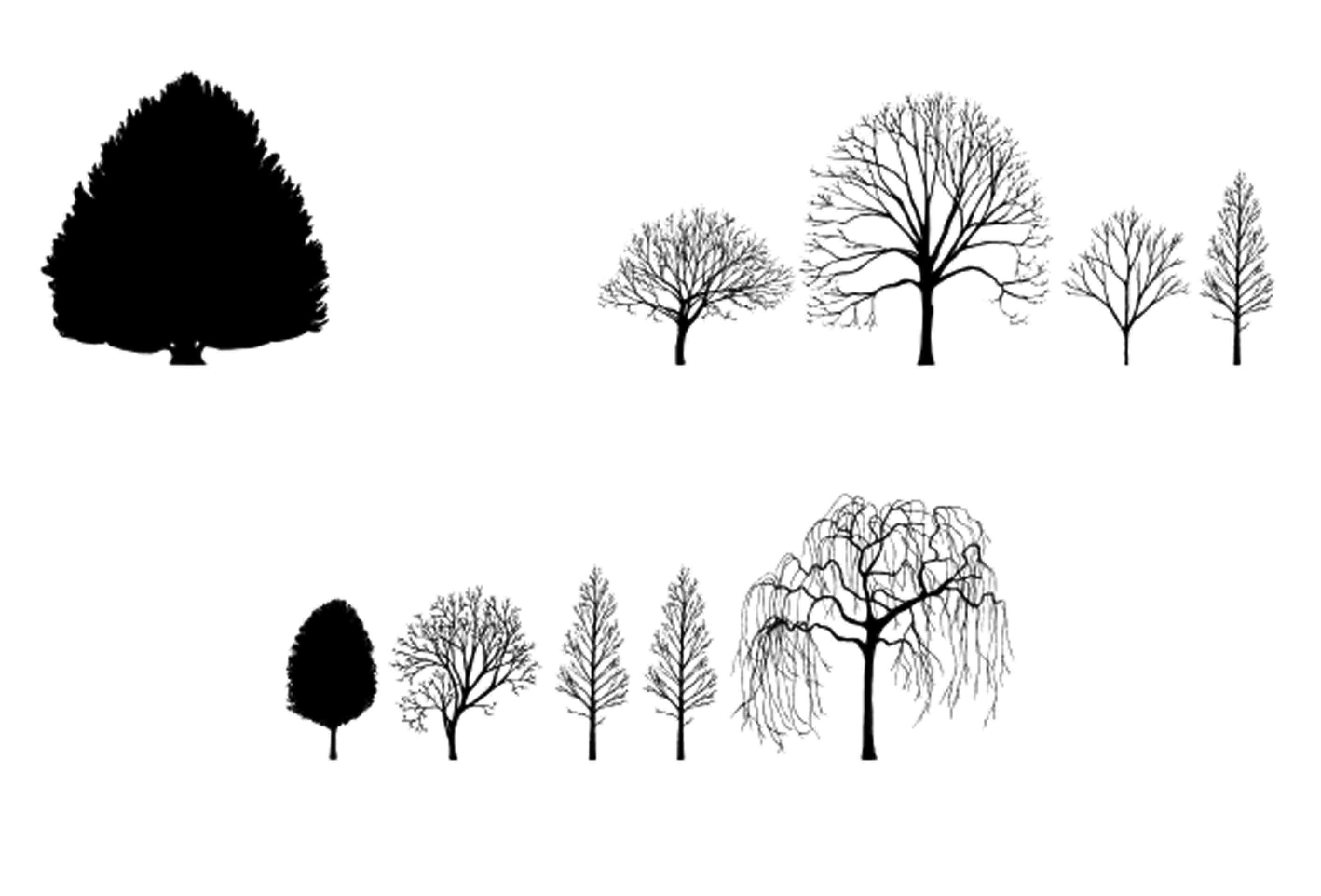 All books have the same origin: every piece of printed matter was once wood. ‘About Trees’ — a collection of texts about trees in the human imagination — evokes memories of wood, forests and language. Irish visual artist Katie Holten replaced every letter of the Latin alphabet with a tree. Thus creating a new alphabet and typeface called Trees. She considers the tree alphabet as a way of revealing the paradoxes of an era dominated by human activities, the Anthropocene.

According to Holten, the fantasy about linguistic childhood looks like a dense forest of coded meaning. We can slow ourselves ‘down to decipher words in the woods,’ she says. The focus of her work is related to the human impact on nature. ‘When we translate our words into glyphs, like trees for example, it forces us to re-read everything. The tree ABC helps us re-read the past’ In this way, we have to re-present the present and re-imagine the future. By translating what we think we know in a simple way, a new way of reading is created. A living alphabet, ‘something we could plant — to literally make words matter.’

But how do words relate to things that really matter? ‘Words Matter. Truth Matters. Science Matters. Facts Matter,’ states Holten in The Irish Times. She adds that everything is important. ‘We are all matter. But what is matter, we may ask? ‘ The weight of words matters. Words are central to our human experiences. The languages we speak determine the way we think and the way we see the world. ‘If language — like everything else — is a direct extension of nature, then it was here before humans.’ Prehistoric handprints are important because they were made by people who spewed pigment — which is itself a fine form of matter — on their splayed fingers and created signs that speak through time.

Stories are written in stones and trees, but most people don't know how to read them. The lockdown provided an opportunity to slow down. To allow people to take a good look at the landscape in which they live. Perhaps the world is a text waiting to be deciphered. The tree alphabet may offer an entrance to tell the entangled stories of people and trees in the parks and forests in lockdown. And why would you write a story in Times if you have Trees?

With the new alphabet, the artist made a translation of beloved texts. The book, includes works by Darwin ‘I Think’ (The Tree of Life), ‘Die Bäume’ by Franz Kafka and ‘Fake Plastic Trees’ by Radiohead,. It can be read at the Alphabetum in The Hague.