In the summer of 2017 an architectural intervention disrupted the historical avenue on the Lange Voorhout in The Hague: Arcade #1 — Continuous Monuments. Developed by Jesper Just, the structure forced people to slow down and move through the space in a different manner. Just is a Danish artist working with video, preformance and dance, especially interested in the physicality of cinema and the impact of borders on our experience of space. 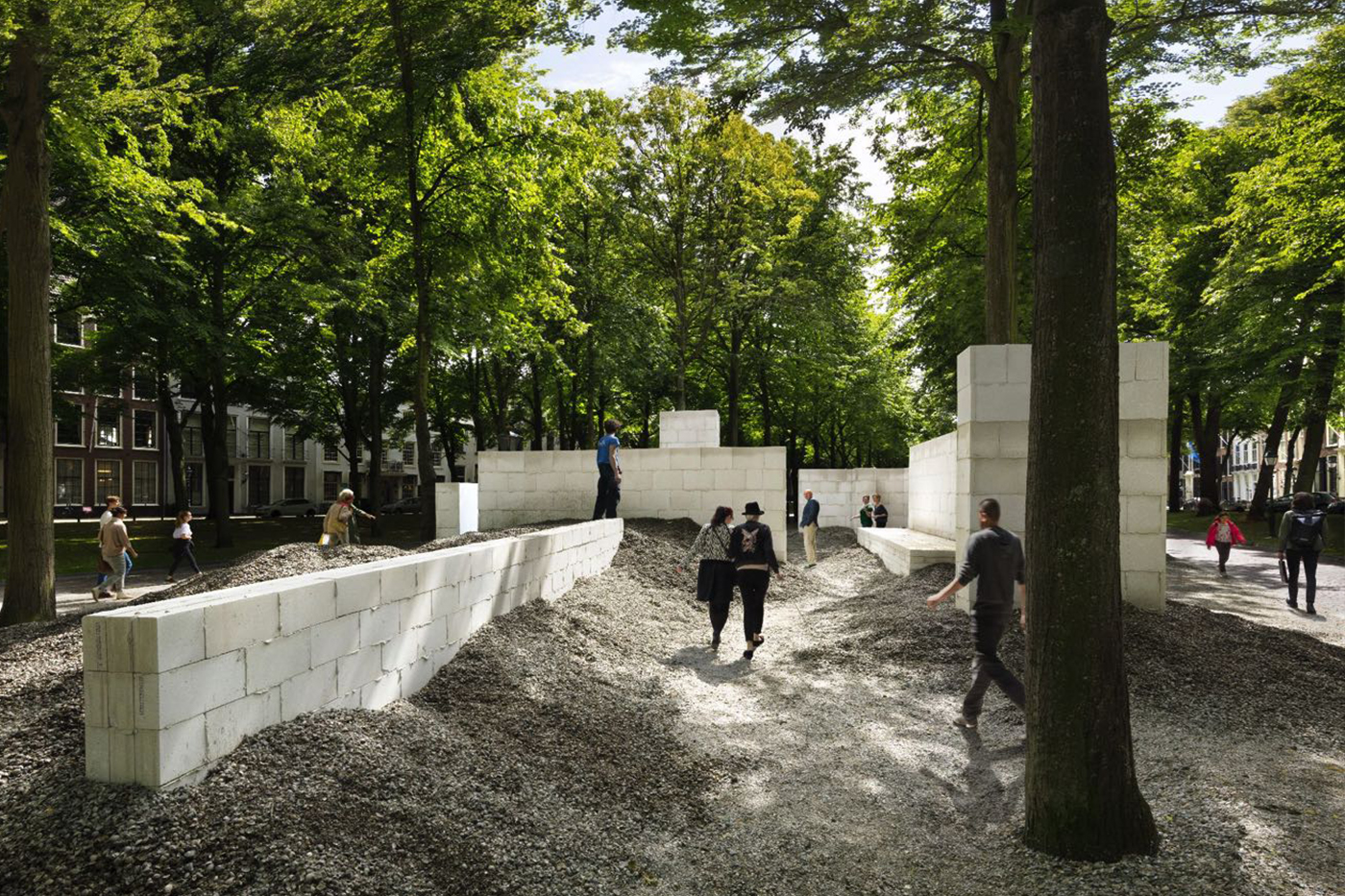 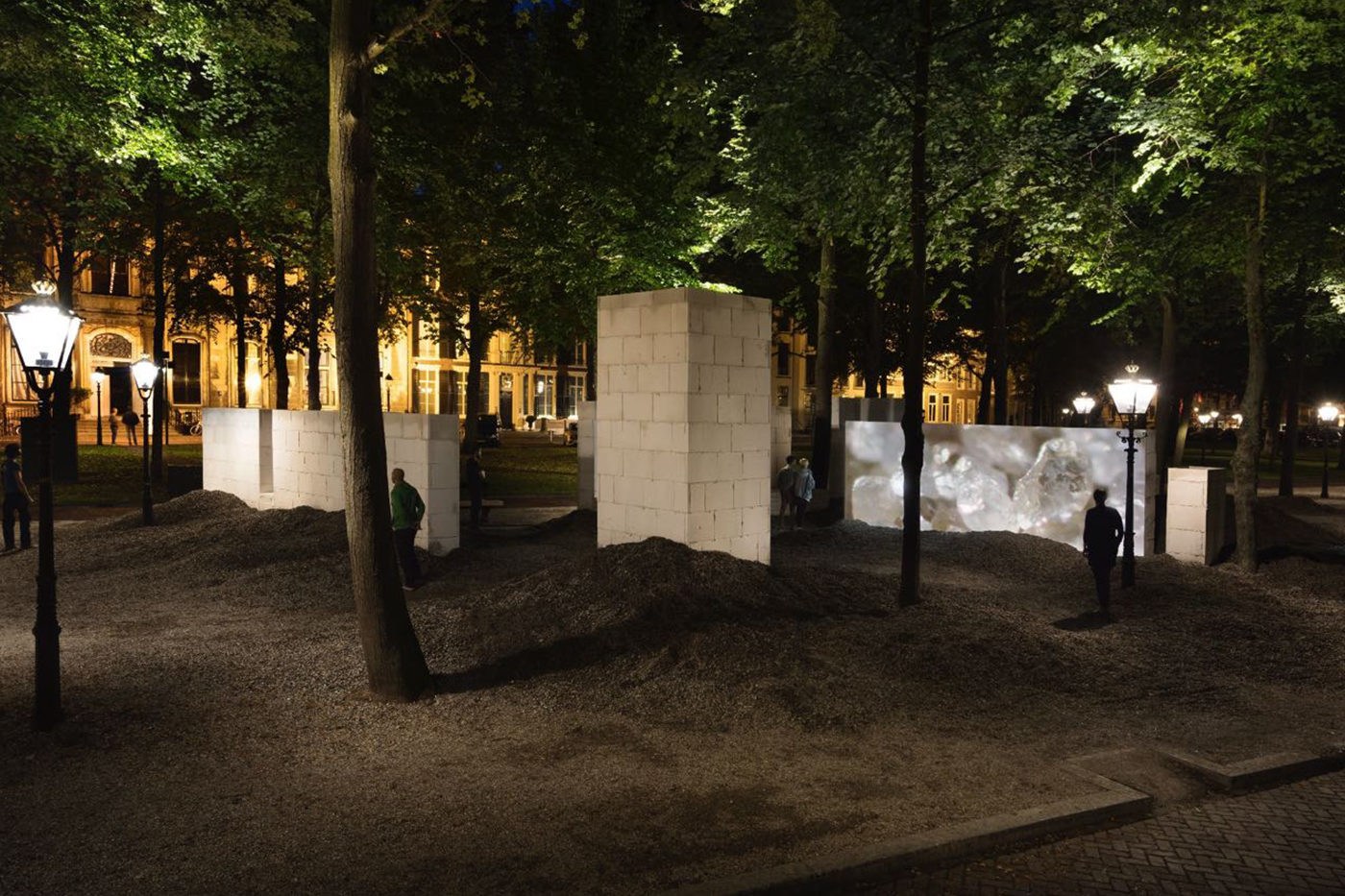 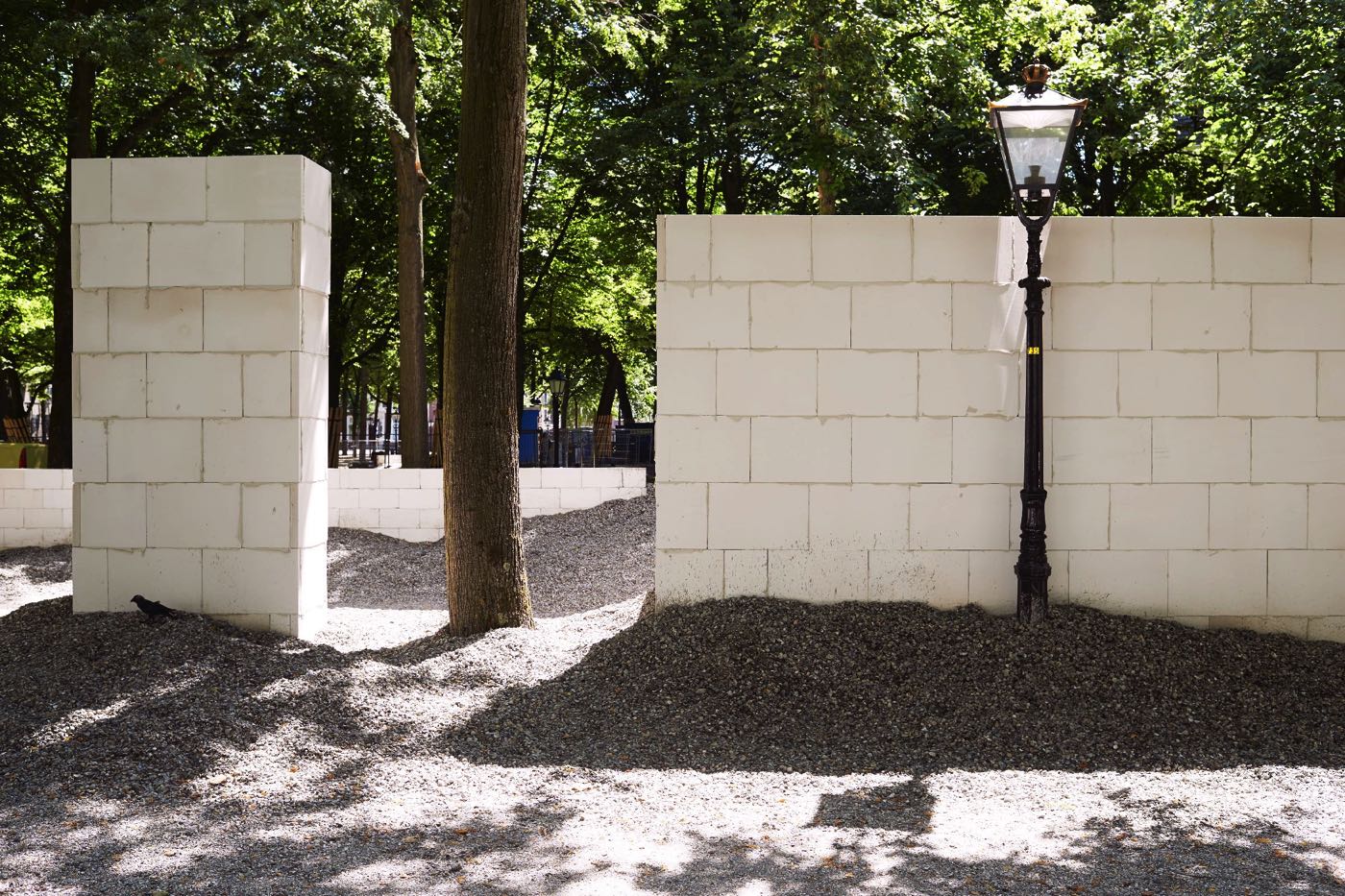 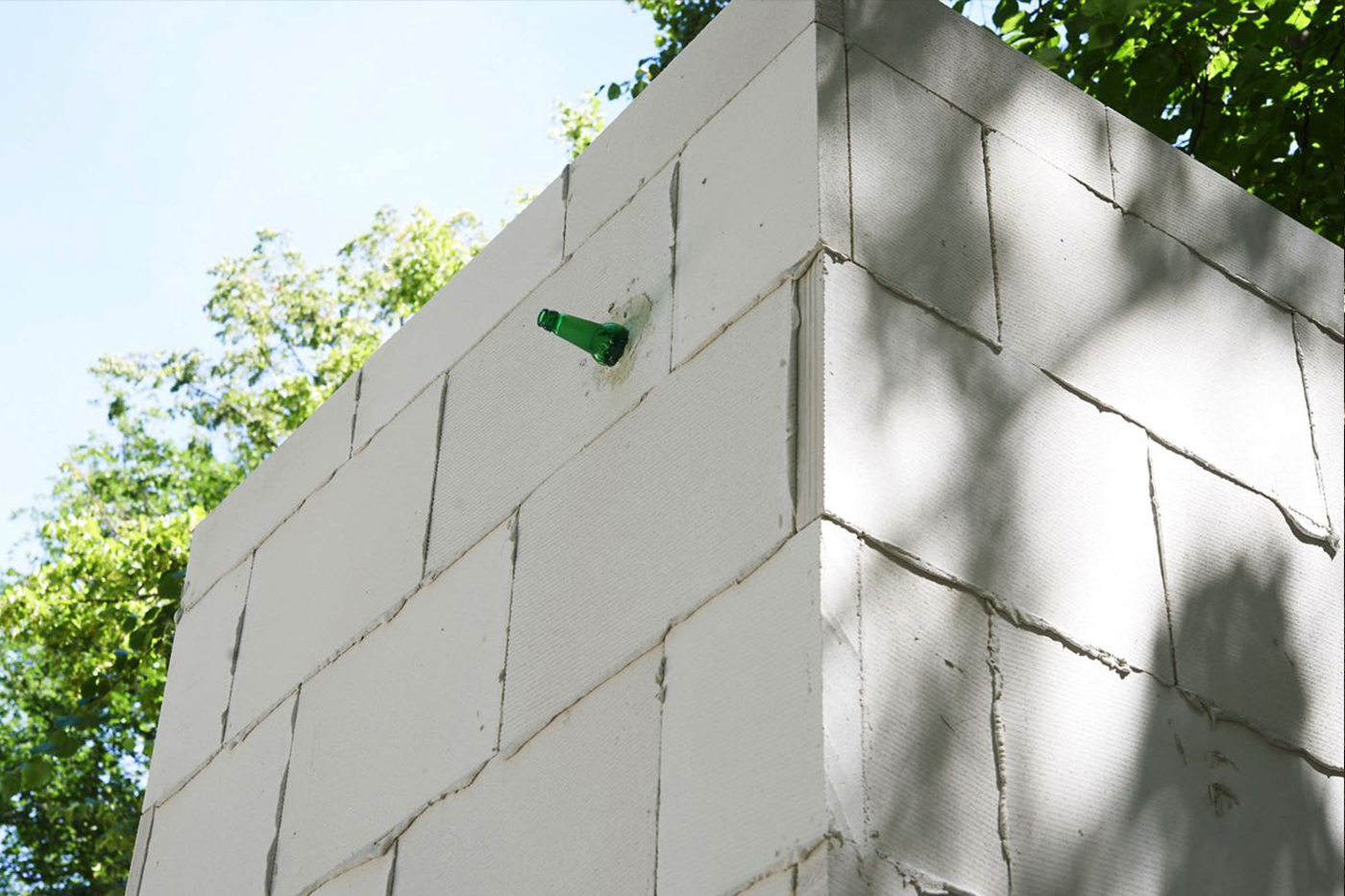 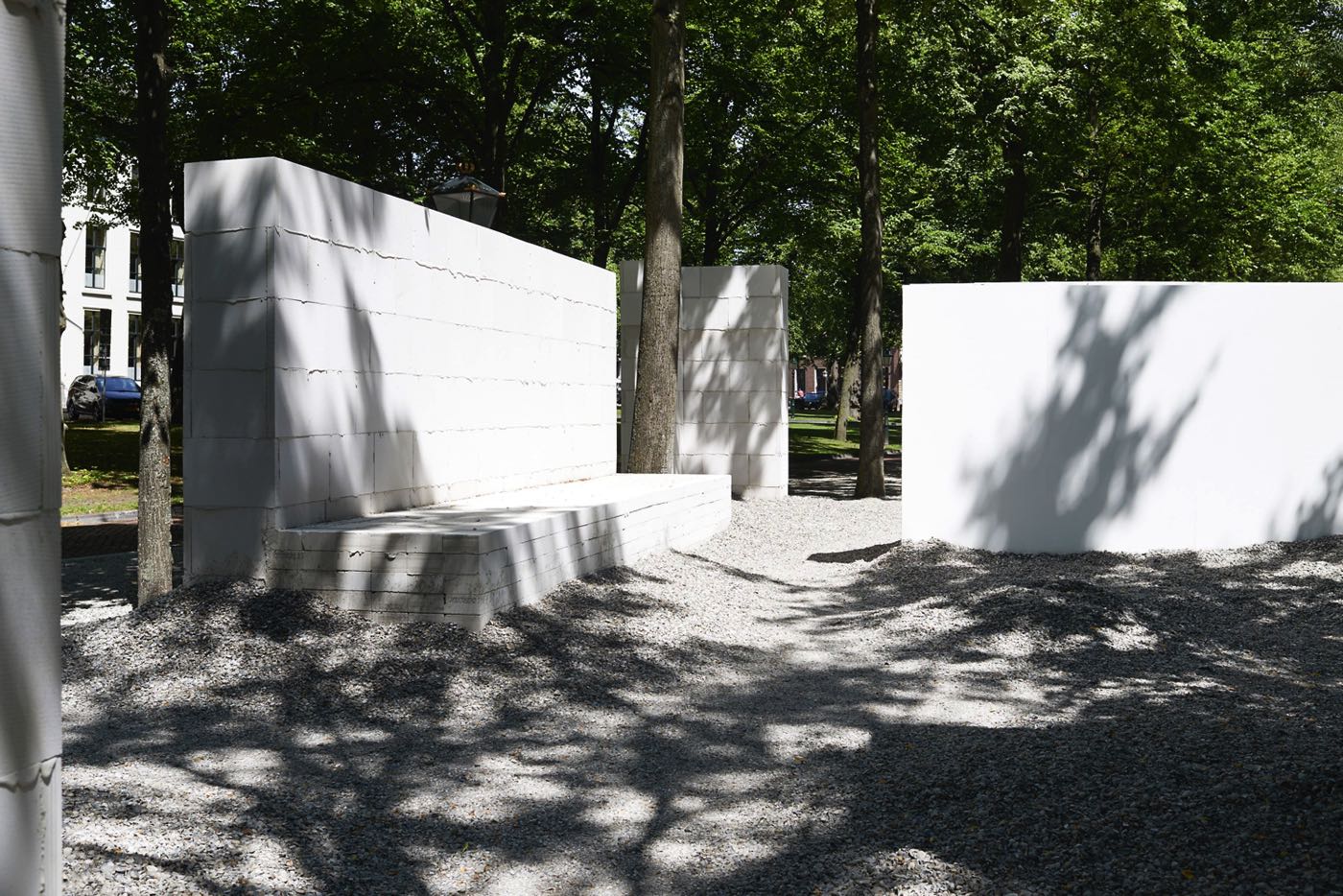 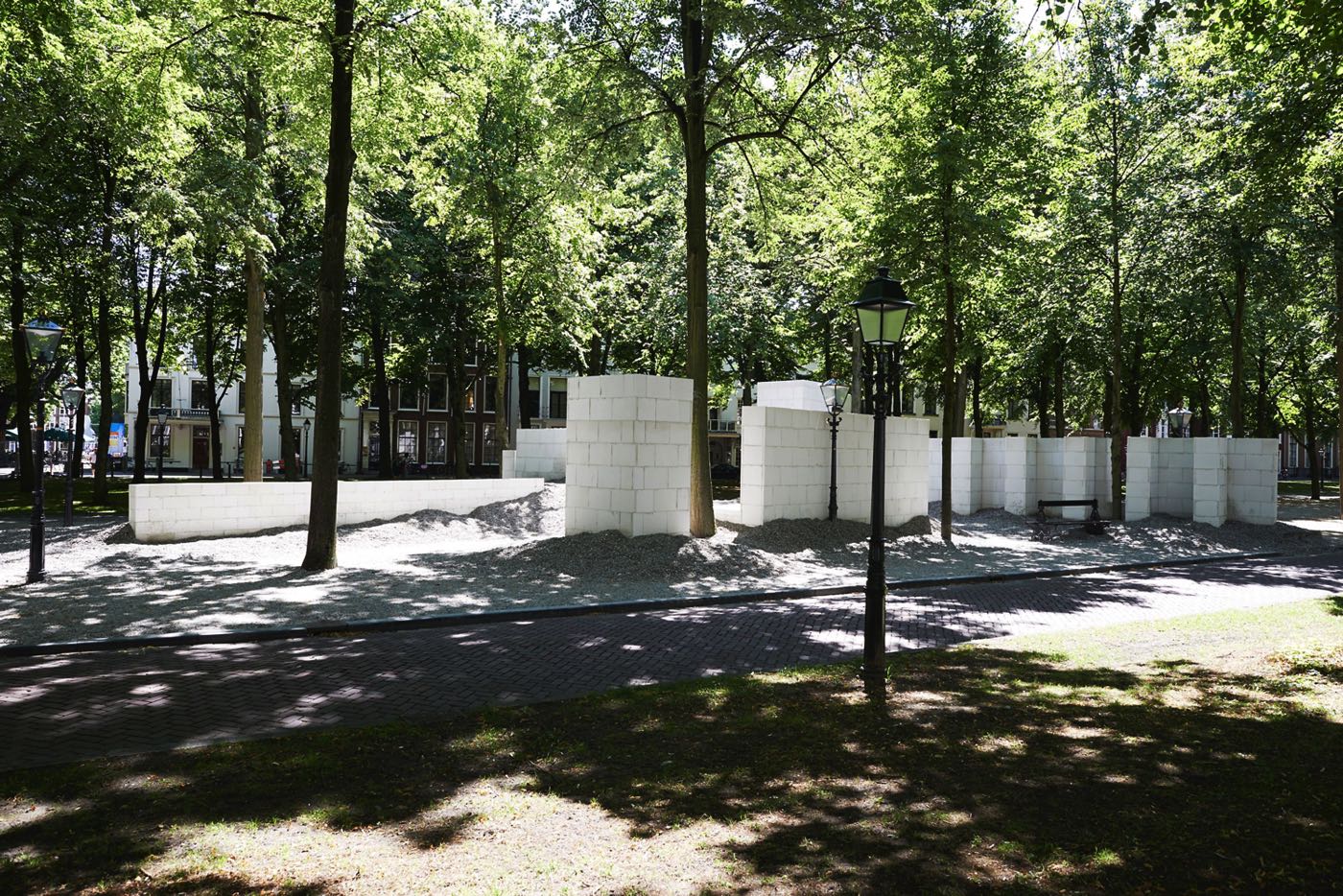 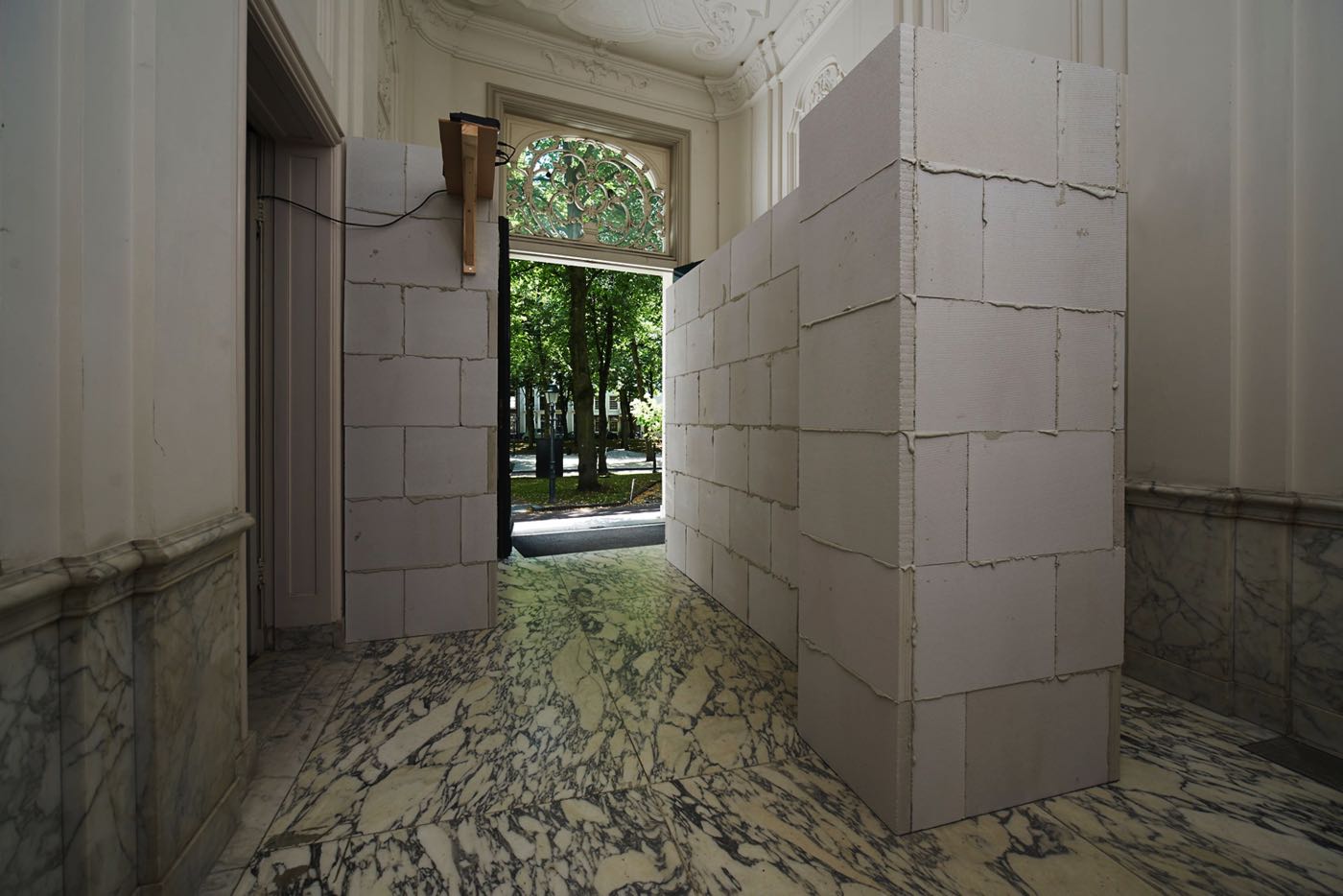 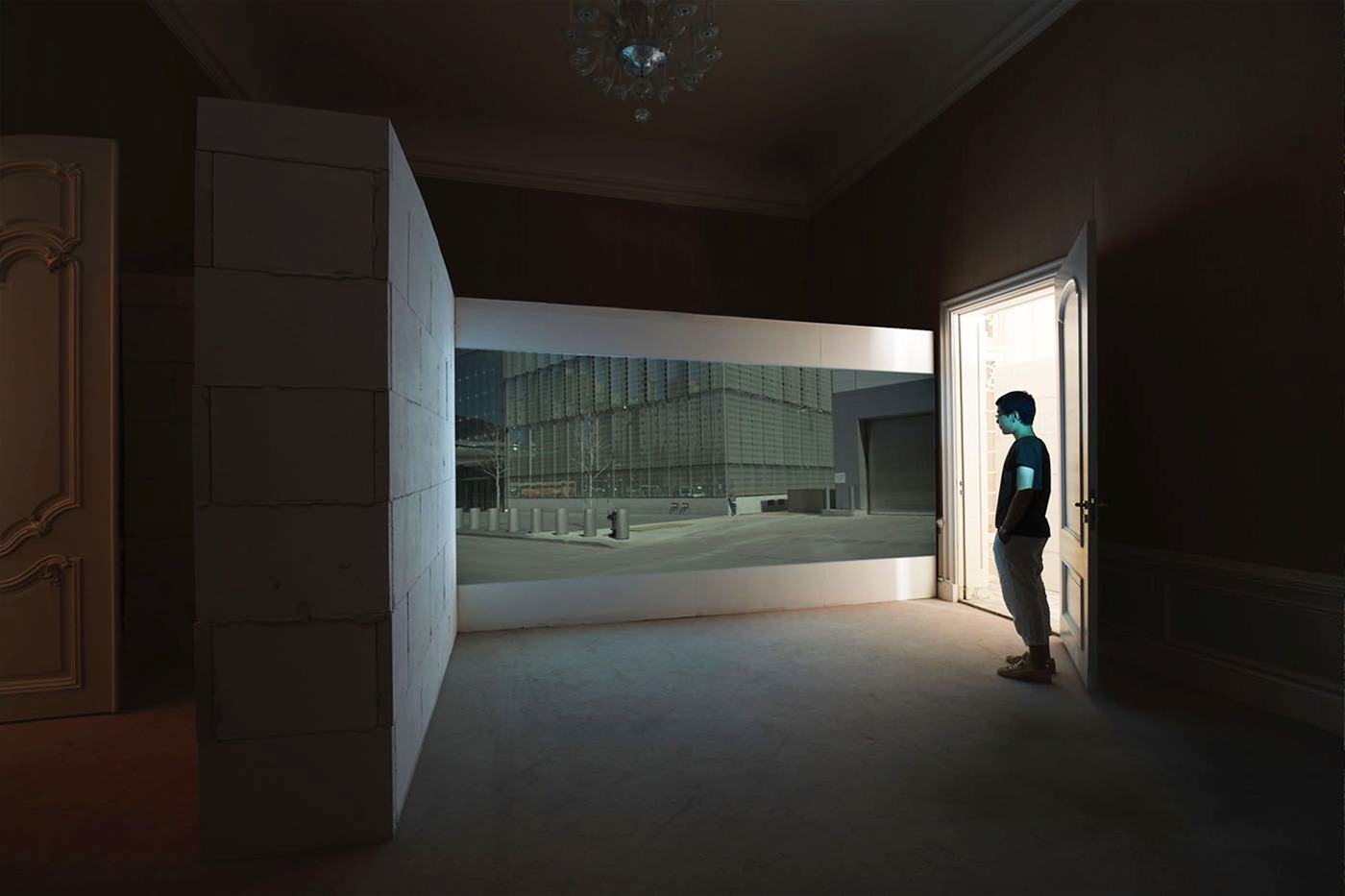 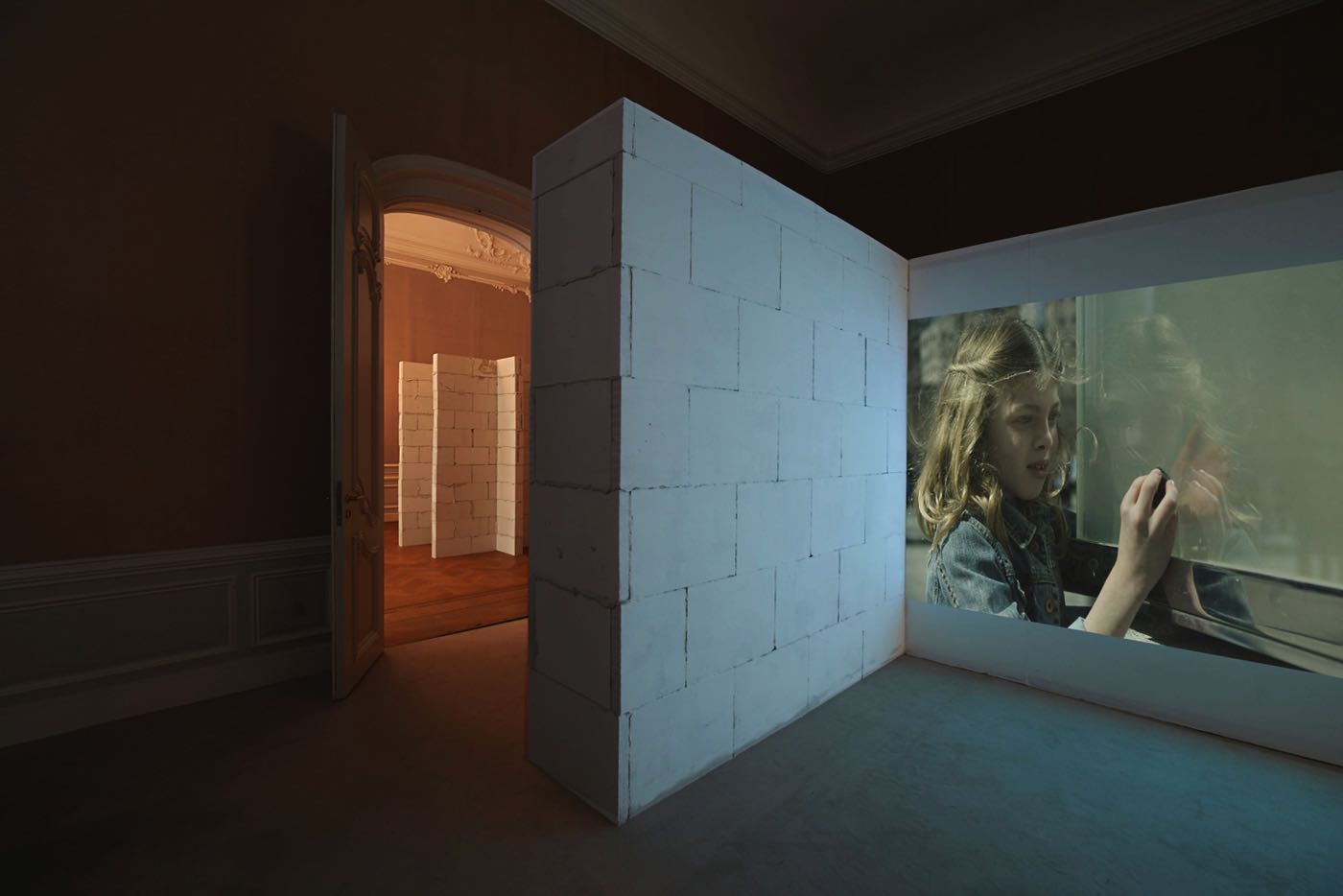 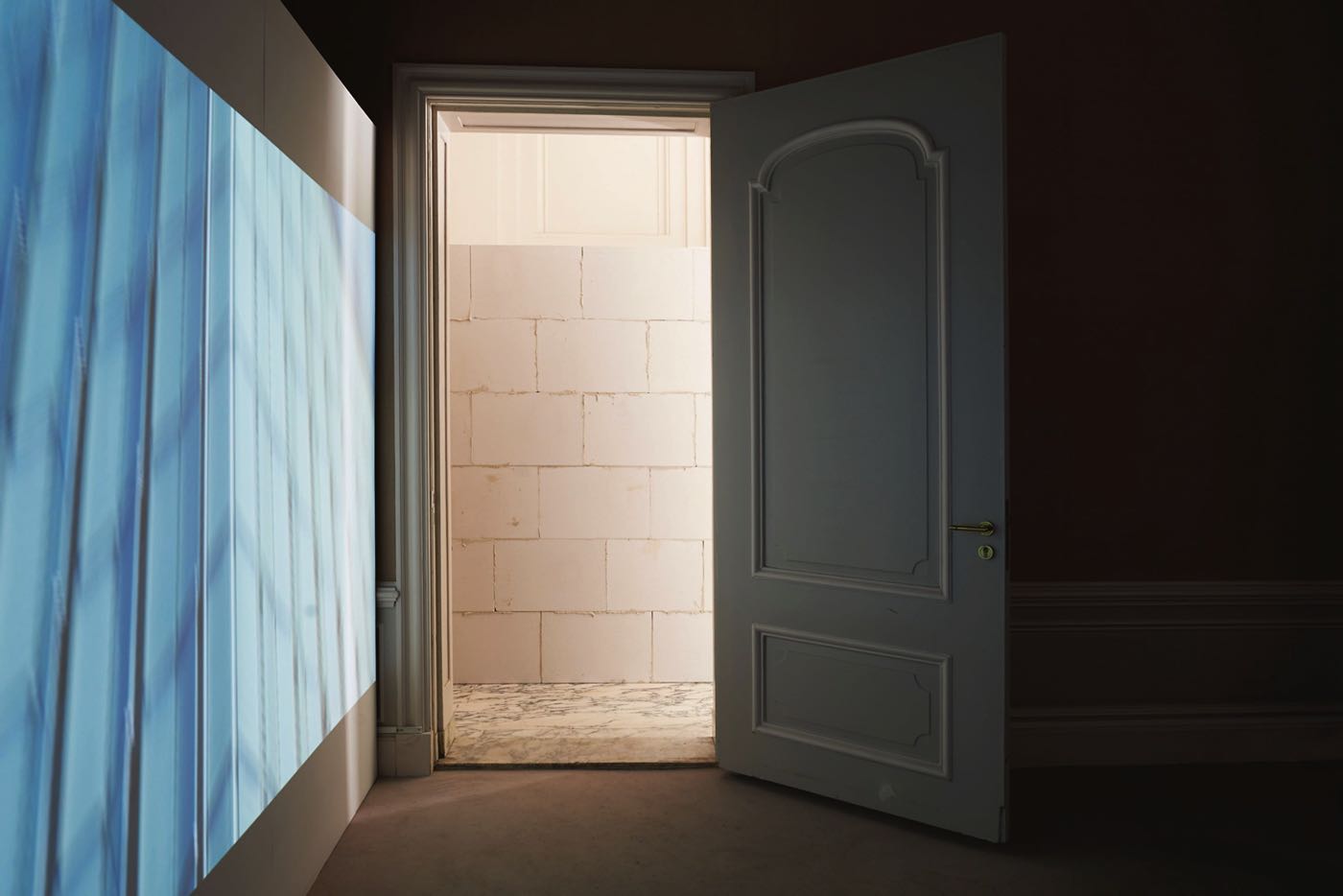 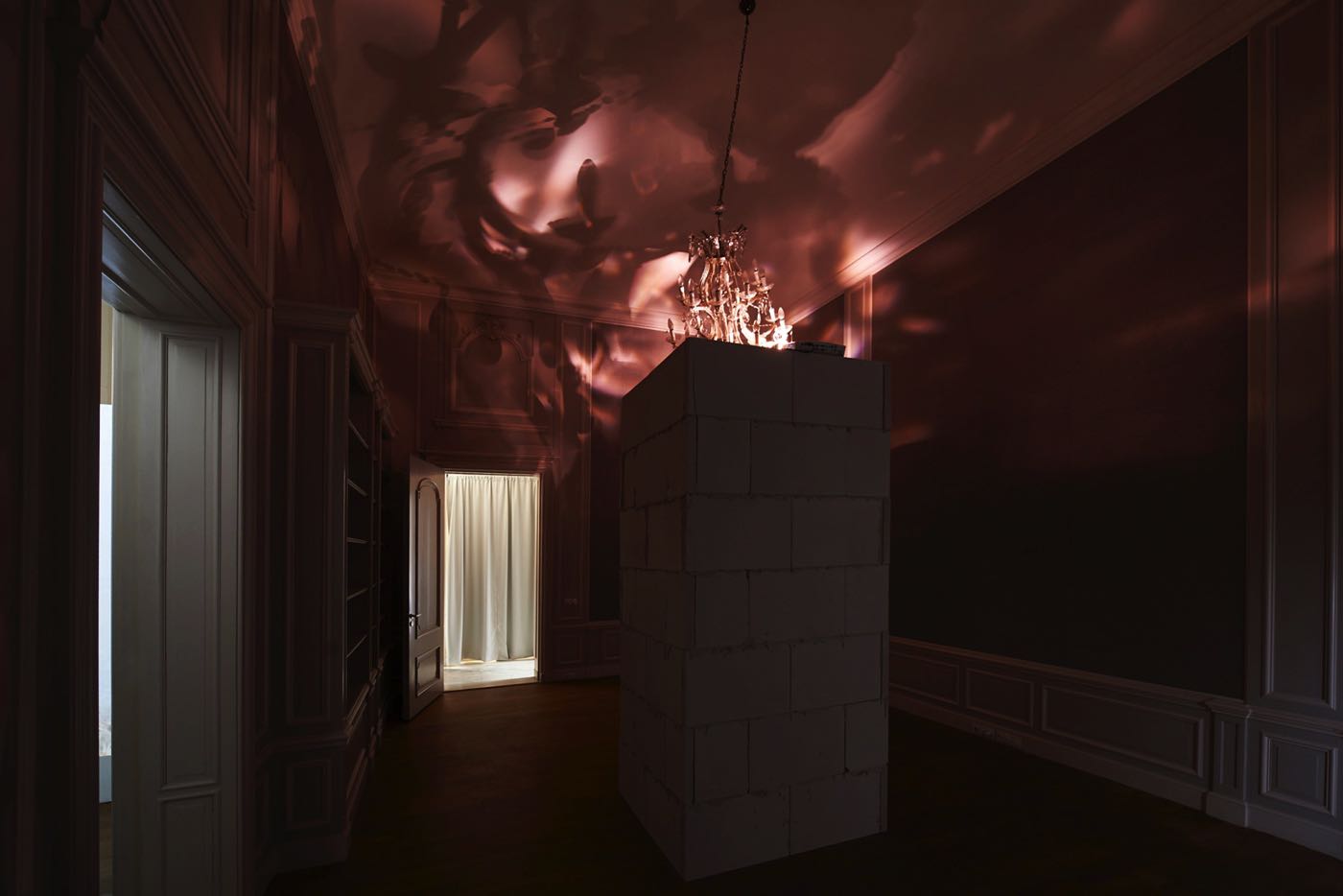 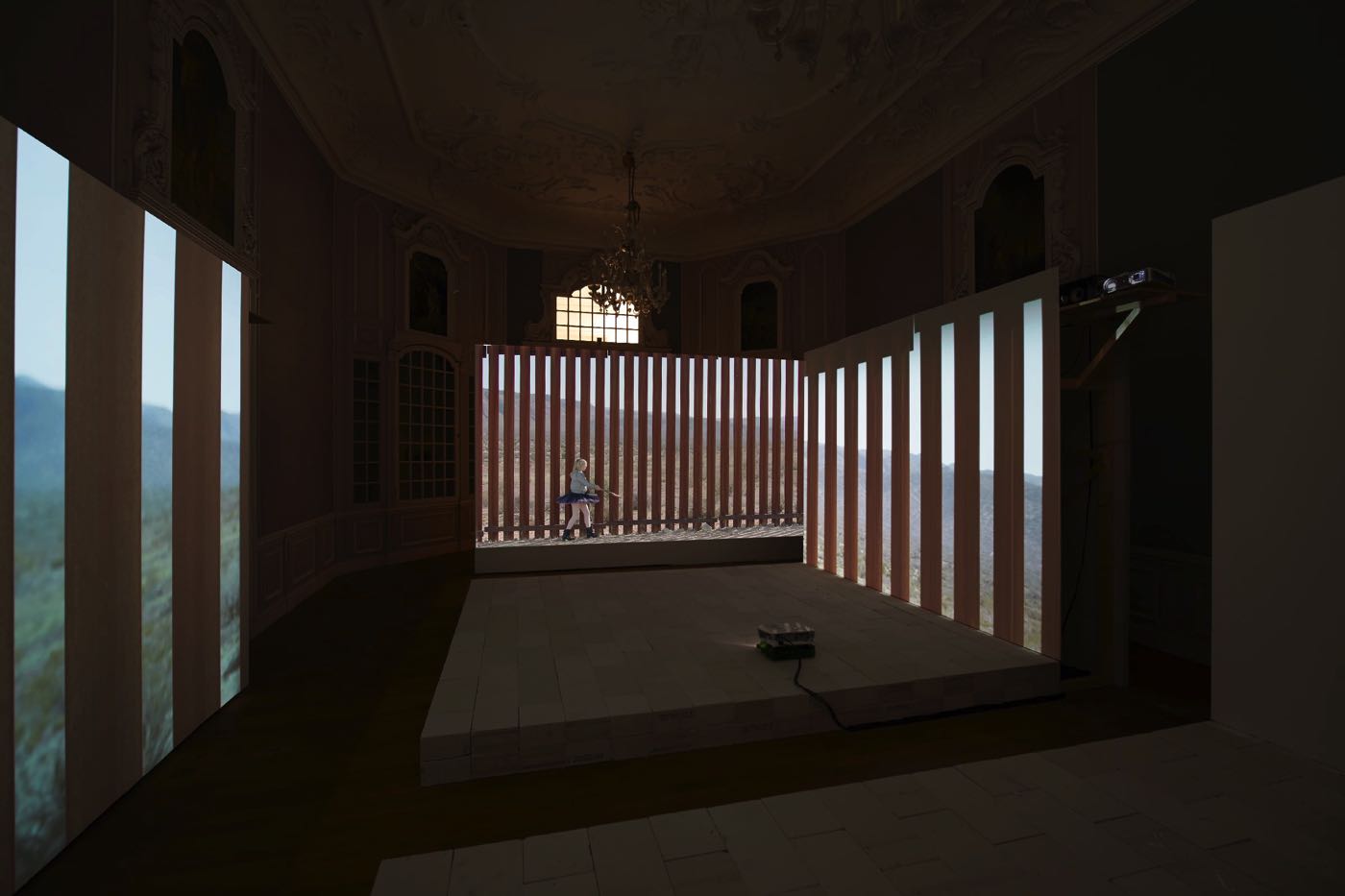 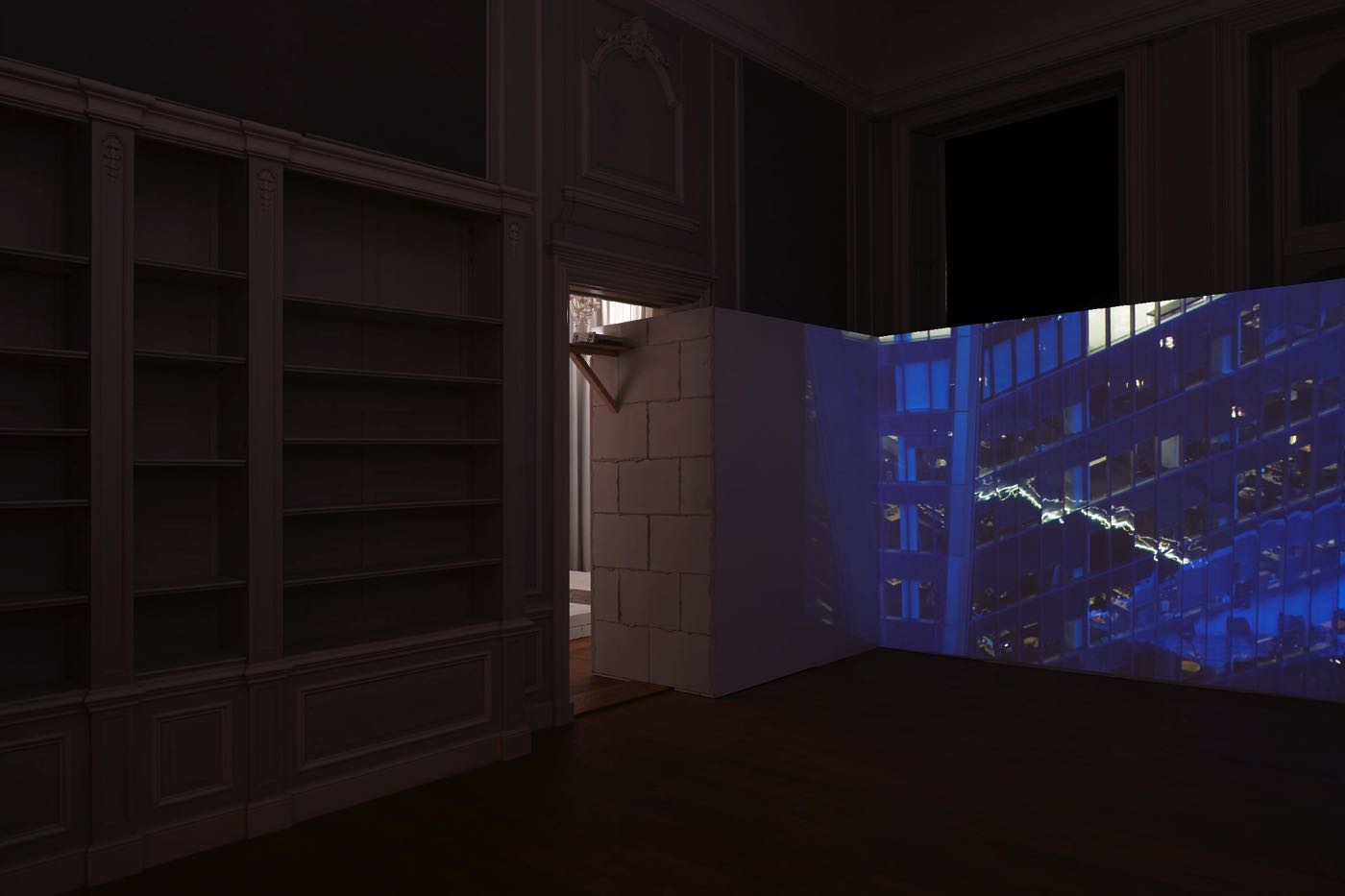 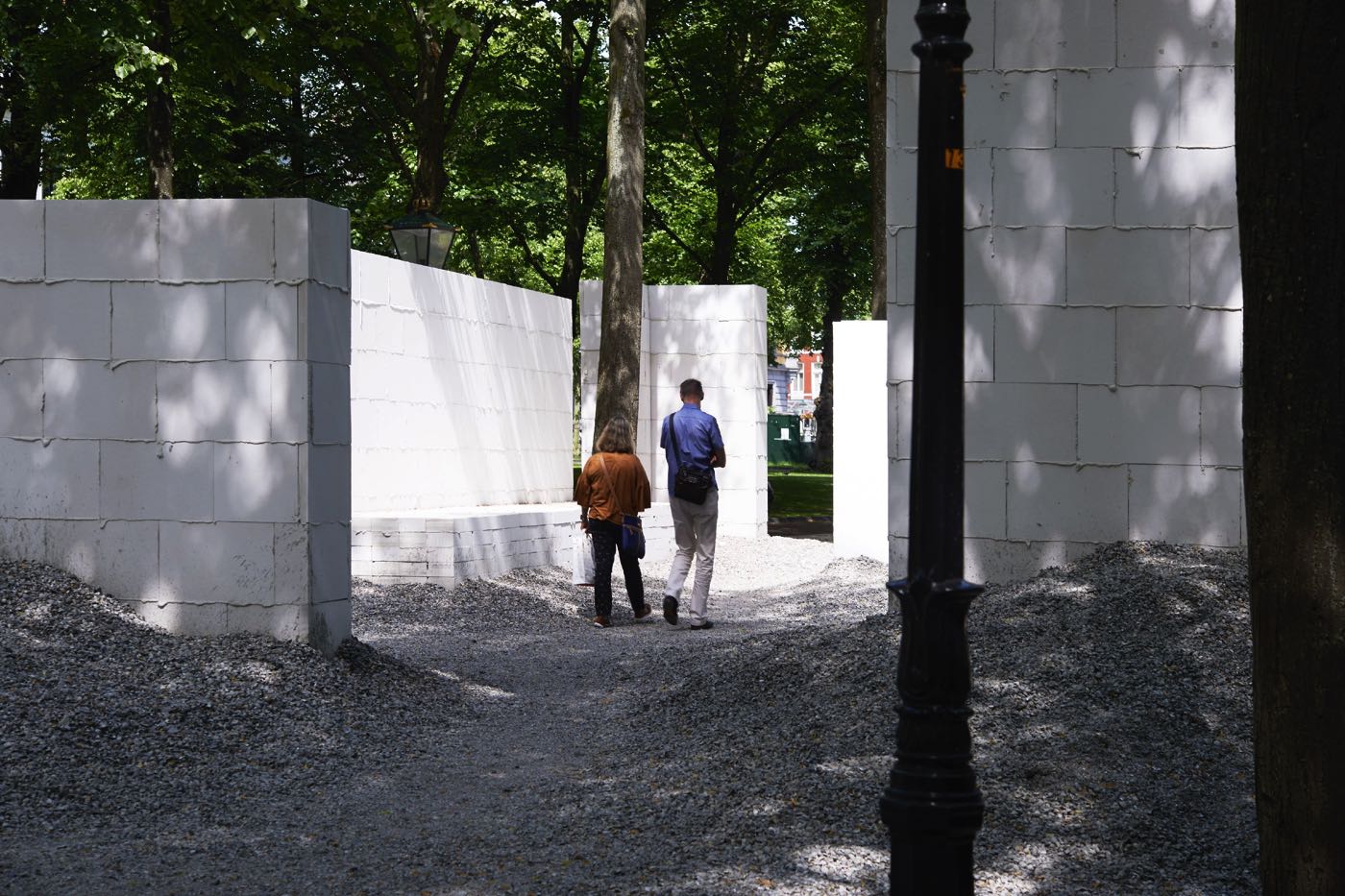 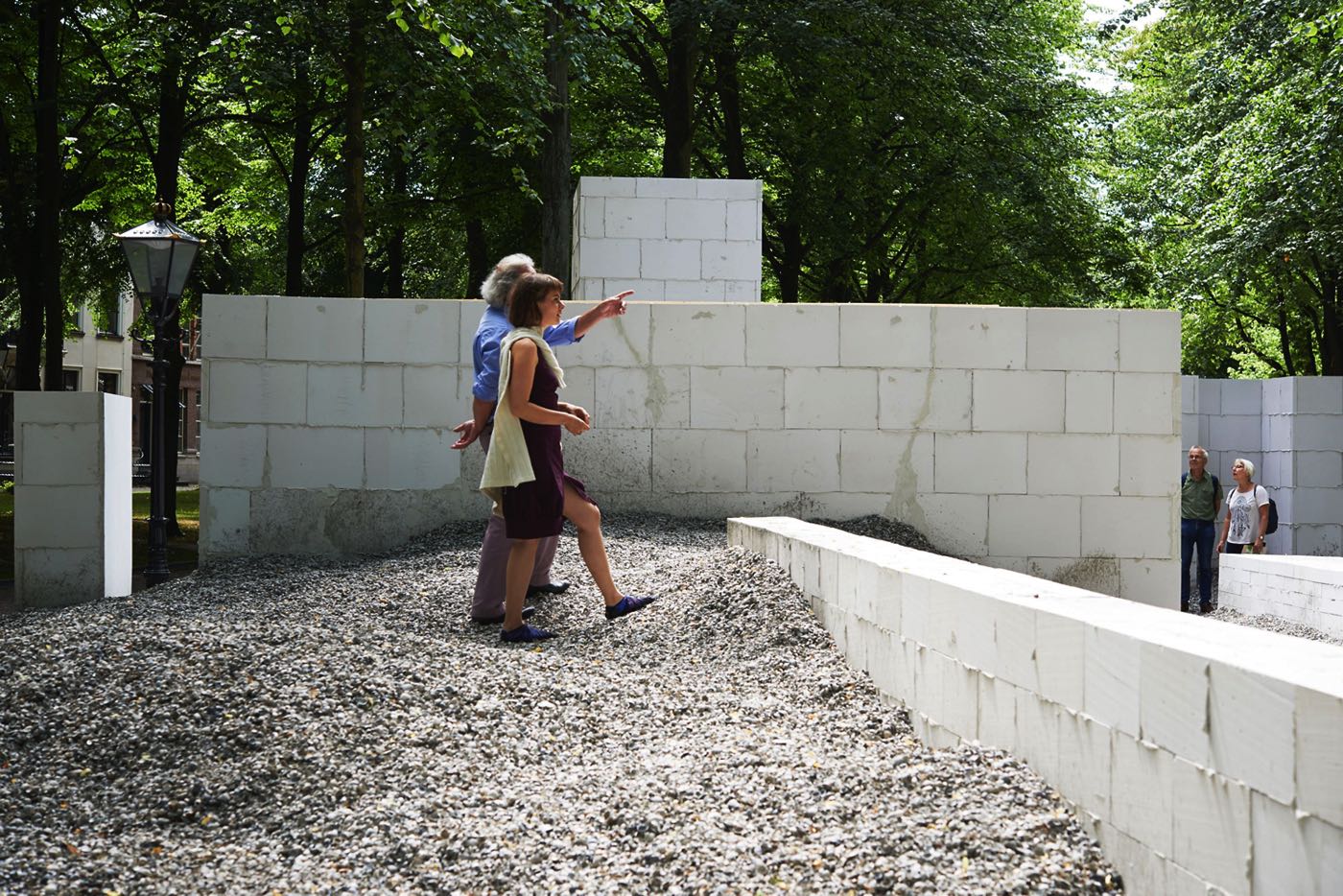 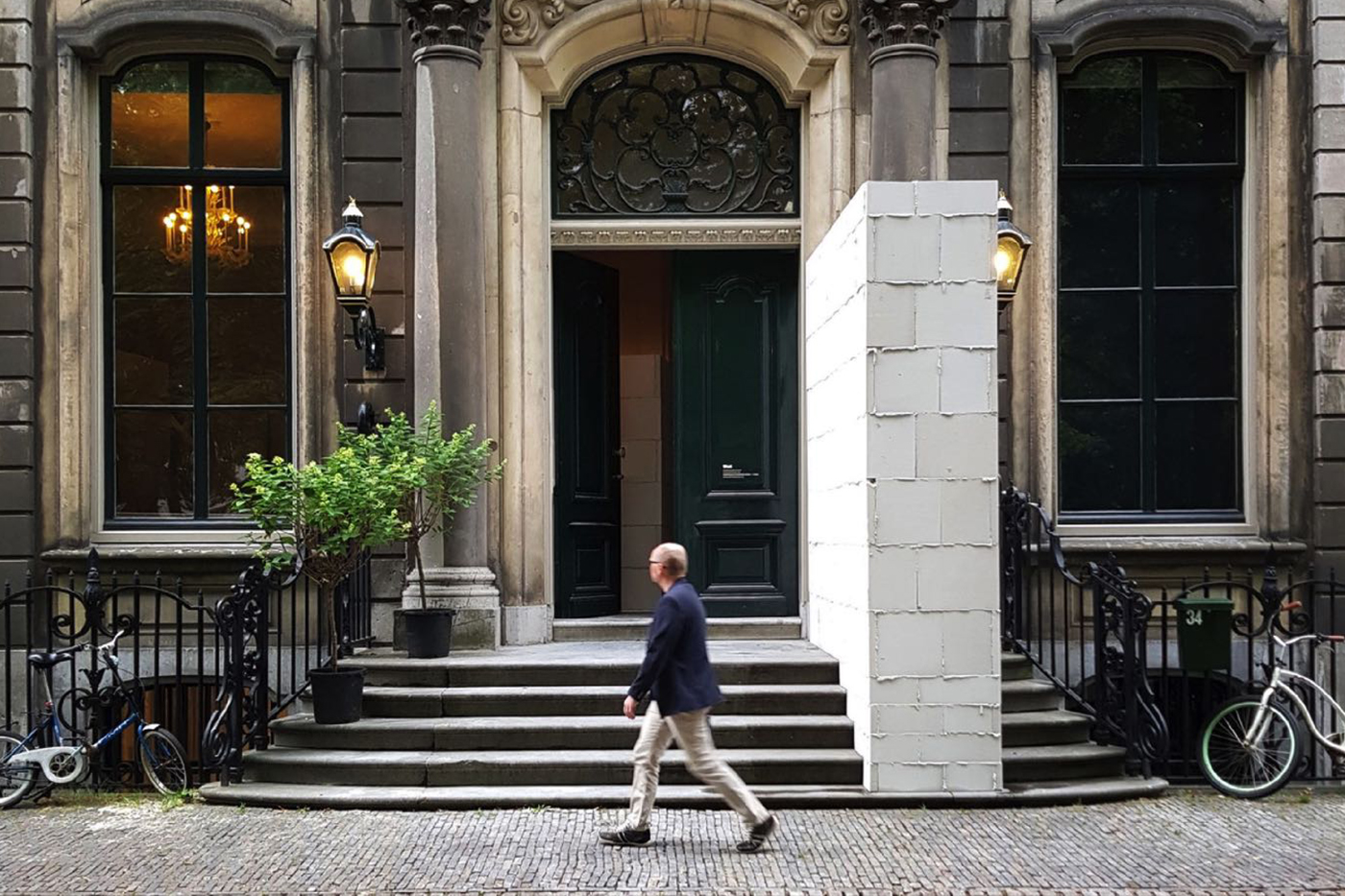 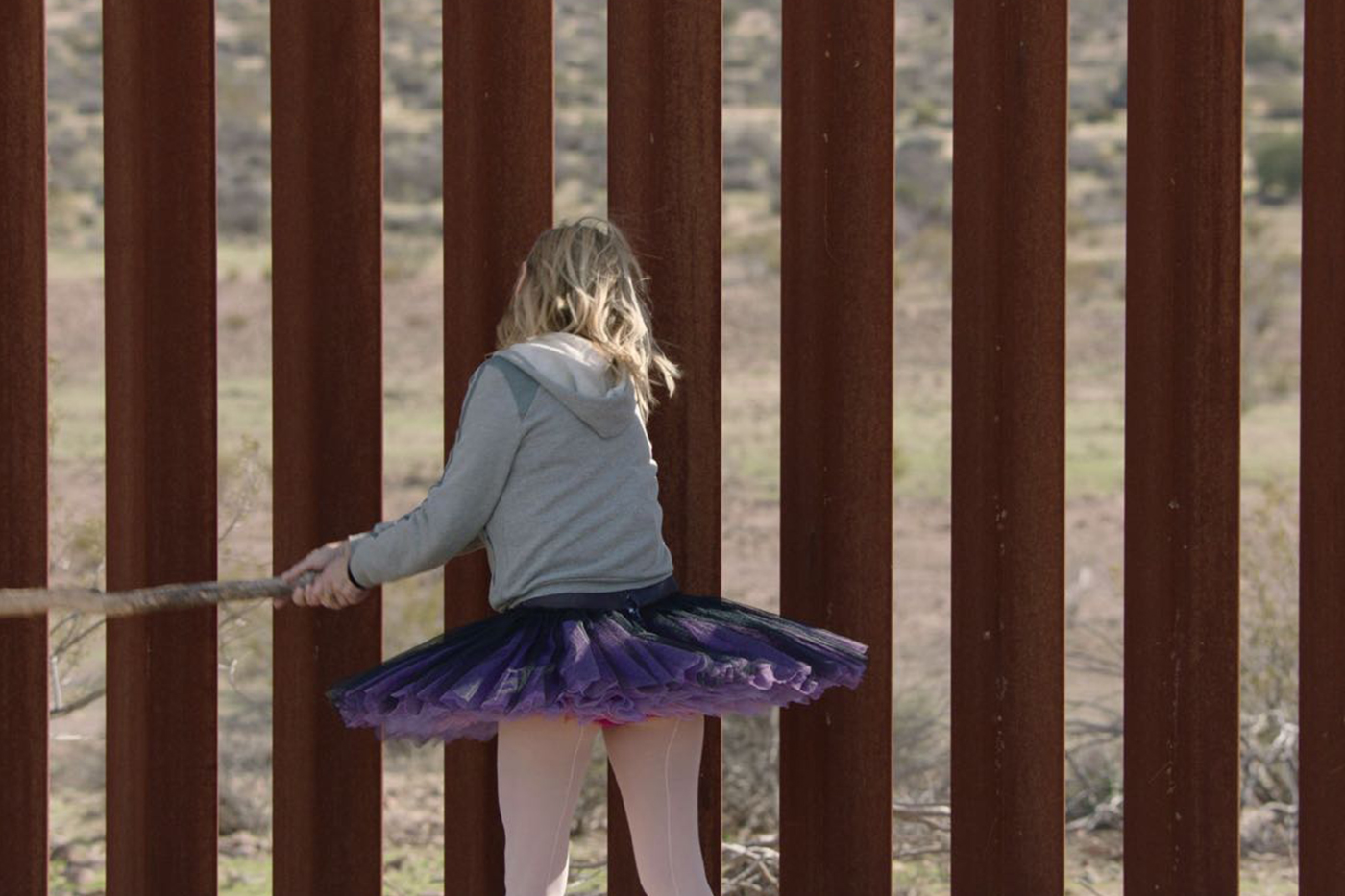 The exhibition photographs take you on a walk through the open air architectural intervention and into the former spaces of West Den Haag in Huis Huegutan, which was built in 1734. Just‘s physical intervention disrupted its immediate surroundings, elevated by its seemingly unfinished ruin-like state. Navigating through the structures, the visitors found themselves on a continuous journey, encountering in every space another video work by Just. The characters in the pieces, as the visitors of the exhibition, were exploring the space in their immediate surrounding. As Just explains in the interview, the structures in the exhibition resonate with what is going on in the video pieces, and simultaneously direct the path of the visitors.

The exhibition project Arcade #1 — Continuous Monuments played with the fact that the videos are never ending, they are all looping. Based on Just‘s investigations into the poetics of space he started playing with the concepts of the 1960s/70s architecture collective Superstudio. They rejected modernistic architecture and wanted to return to a point of zero by abolishing all architecture and design. The group made drawings of superstructures on top of existing city scapes. Just did something similar with his intervention, that was life-sized and injected with his video works. The building blocks forced a superstructure on the way people promenade on the avenue of the Lange Voorhout, disrupting and slowing down their movement.


Artist talk with Jesper Just & Rutger Wolfson moderated by Christel Vesters situated in the middle of Jesper Just‘s architectural intervention on the Lange Voorhout in The Hague.