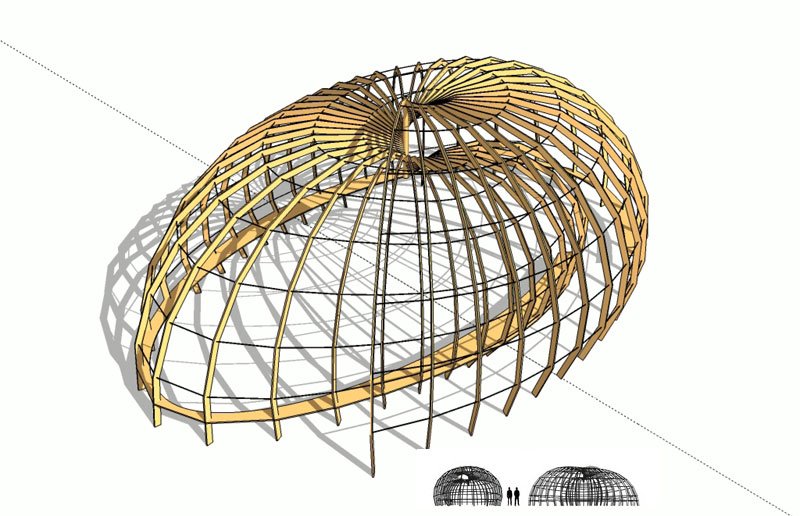 With the creation of ‘Superstructure’, Jasper Niens and Thijs Ewalts provide the centre for an ongoing programme of performances, debates and presentations by museums and all sorts of institutes. In cooperation with West, Jasper Niens has made four site-specific installations over a period of three years, successively at the Preview Berlin, Art Forum Berlin and Nada Miami fairs, and in 2010 at Art Basel Miami Beach.
West is proud that Latitudes, the Dutch Embassy and the Mondriaan Fonds have given Niens the assignment to create this national assembly.

Following the success of his installations 6 Doors and Handicap Principle II in Berlin, 5 Rooms and 35-II in Miami, Jasper Niens (1980) currently presents a new, very large-scale installation. This time, Niens has avoided any of the physical ‘obstacles’ that he used in his previous installations, such as narrow passages, heavy weight or closed doors.
For ARCOmadrid they have chosen to use an accessible scheme, a structure in which the visitors are invited, instead of challenged. Partly due to the space’s function, the artist has interpreted the assignment as a search for a shape in which he simultaneously exposes and screens the inner room.
‘Superstructure’ has been built up in cooperation with designer Thijs Ewalts, and radiates the character of a snail's shell. The spiral, in its entirety, has been made of sheet material, which has accurately been carved into wooden elements, using CNC milling techniques. The installation as a whole is about 100 square meters deep and 4,5 meters high, and can accommodate 60 to 120 people. The fair visitors are drawn inside the space and will automatically circle to the central plaza, where meetings and presentations will take place. By providing a continuous programme of performances, presentations and debates, ‘The Dutch Assembly’ (curated by Latitudes) will draw the attention of the international art audience to the developments in the Netherlands, emphasizing the artistic connections between Spain and the Netherlands.
Niens’ installations have previously been shown at, among others NADA 2009, Art Basel Miami Beach; Gemeentemuseum, The Hague; Tent, Rotterdam; Site-actions, Zaragoza, Art Zuid, Amsterdam and West, The Hague.

Thijs Ewalts (1979) studied at the Design Academy in Eindhoven, and is free-lance designer. Together they are credited with various projects, such as: Randstadrail for the International Architecture biennale 2007, A landmark for Charlois 2008, Setdesign for theatre Bonheur, Rotterdam 2010 and Slum Village, an iconic landmark along the A28, 2011.

If you would like an invitation, or a ticket for one of the other days of the fair, please call or email Marie-José Sondeijker using the contact details below.

We look forward to welcoming you at Superstructure or stand 10D26 in the section Focus The Netherlands at ARCOmadrid 2012.
For press photographs and more information please email marie-jose@west-denhaag.nl or call +31(0)70.3925359.