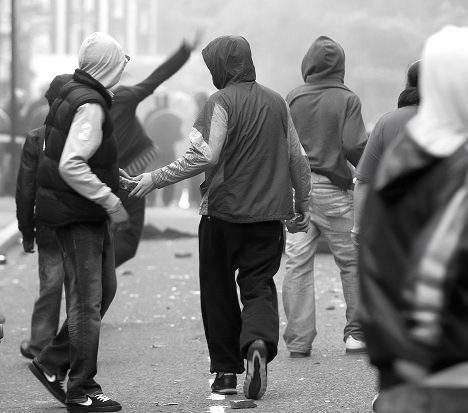 Image from the article 'Hoodies have taken on a violent significance’ Photograh David Bebber for The Times.