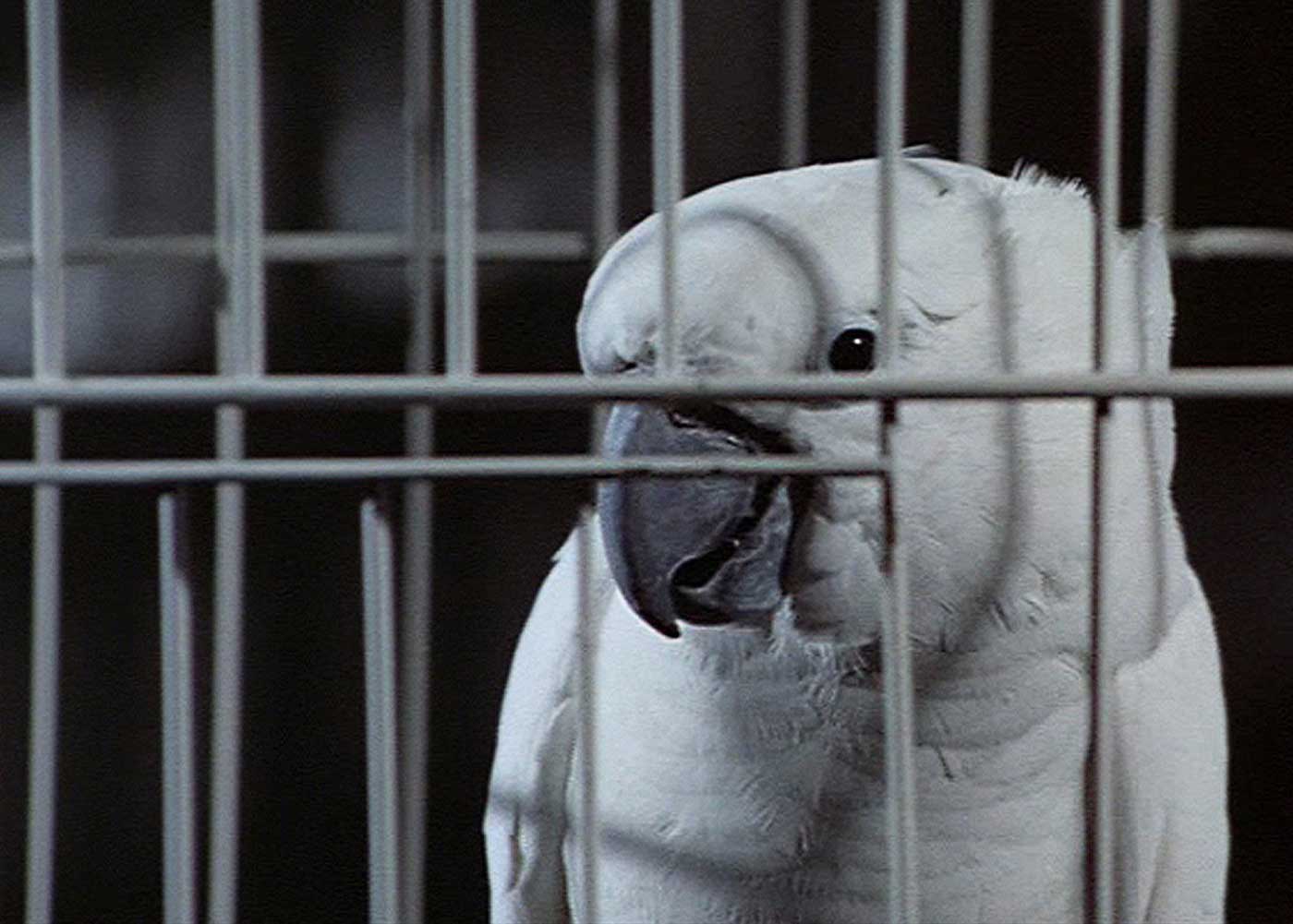 Christoph Girardet & Matthias Müller
Somebody, Nobody, Anyone

The work of the German artists Christoph Girardet & Matthias Müller focuses on re-contextualizing found footage. They often use various fragments of older films of different genres (feature films, commercials, corporate films etc.) taken out of their original context, creating new connections and generating new meaning in doing so, enhanced by the addition of sound.

While, in a number of works, the artists show the repetitive element of film by putting innumerable similar scenes from various films after one another, they also have produced a large amount of works revolving around one single emblematic motif. On one hand this invites the viewer to critically reflect on standards of cinematic representation. On the other hand, Girardet and Müller liberate their footage from its original source and serving function in offering it a new life. All the time the videos show incisive observations of both specific and generic phenomena in film which of course simultaneously reflect certain stereotypes and notions valid in the world where they originated. The way they are edited regularly make for certain ironic overtones and also abstract recognizable situations towards a more alienating reality.

Christoph Girardet's & Matthias Müller's solo show in Huis Huguetan combines collective and individual works of the artists. One of the centrepieces is their film ,personne’, shown in an exhibition here for the first time. In various scenes the same man is being shown: alone, lost in thoughts, suffering from an identity crisis, encountering himself at another age, transforming into others at times. Images of dysfunctional devices – a crashed car, empty sheets of paper, broken glasses and of doors seemingly leading nowhere – seem to symbolize the passing of things, the emptiness of existence. What we see is the impact of a society pervaded with images of fear on an individual – that turns into somebody, nobody, anyone.

Christoph Girardet (1966) and Matthias Müller (1961) had solo shows at institutions such as Kunstverein Hannover; Walker Art Center, Minneapolis; Bozar – Palais des Beaux-Arts, Brussels; Solar – Galeria de Arte Cinemática, Vila do Conde; and Fotomuseum Winterthur. Their joint projects were also part of various group shows at institutions such as Deichtorhallen Hamburg; EYE, Amsterdam; and Palais de Tokyo, Paris – among others. Besides, the artists' individual works were shown at esteemed institutions such as Hirshhorn Museum and Sculpture Garden, Washington D.C.; and Tate Modern, London. Their films are regularly screened at international film festivals, including Cannes, Venice, Berlin, Rotterdam, Toronto, New York, and Oberhausen, where they have gained many awards.