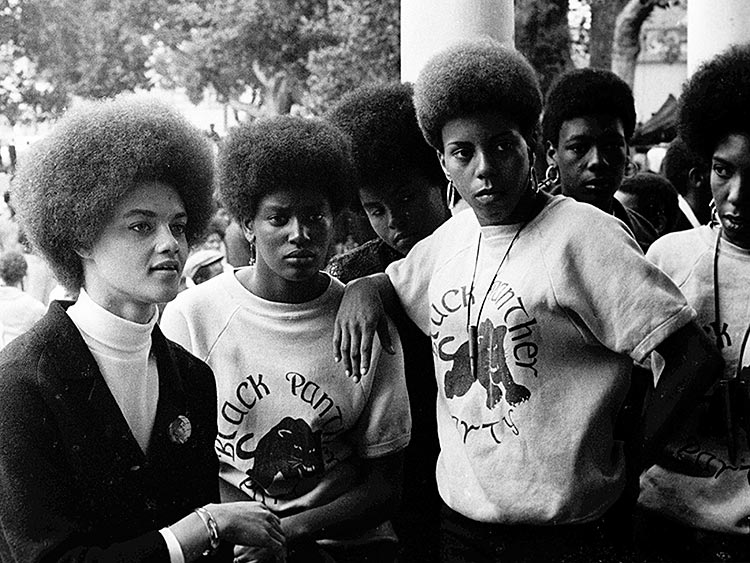 International Symposium
All Power to the People!
Wednesday 28 and Thursday 29 November 2018

The struggle of the Black Panthers is alive today. It is a struggle for political recognition and representation, for equal rights and emancipation from systemic oppression and persistent exploitation. The Black Panthers were not ambivalent about their goals, theirs was an internationalist, socialist, abolitionist program.

For many activists today, the slavery paradigm has not ended but has merely transformed into the prevalence of prison labour and institutional racism. The slaveowners have been liberalised, the new masters are faceless corporations run for the benefit of disparate financial interests. Black liberation has not been achieved, and this is why we are seeing a new generation of activists who call themselves the ‘new abolitionists’.

Systemic transformation require international solidarity networks and generations of struggle to achieve. Such networks can not be built and sustained by politics alone, they require a cultural dimension which can sustain the movements through the challenges. Another world is possible, and not only possible, it is immanent.

Through the insights of our discussants, this symposium brings actors from the cultural, academic and activist sectors from The Netherlands and around the world to catalyse concerted action to energizing a political movement for international solidarity.