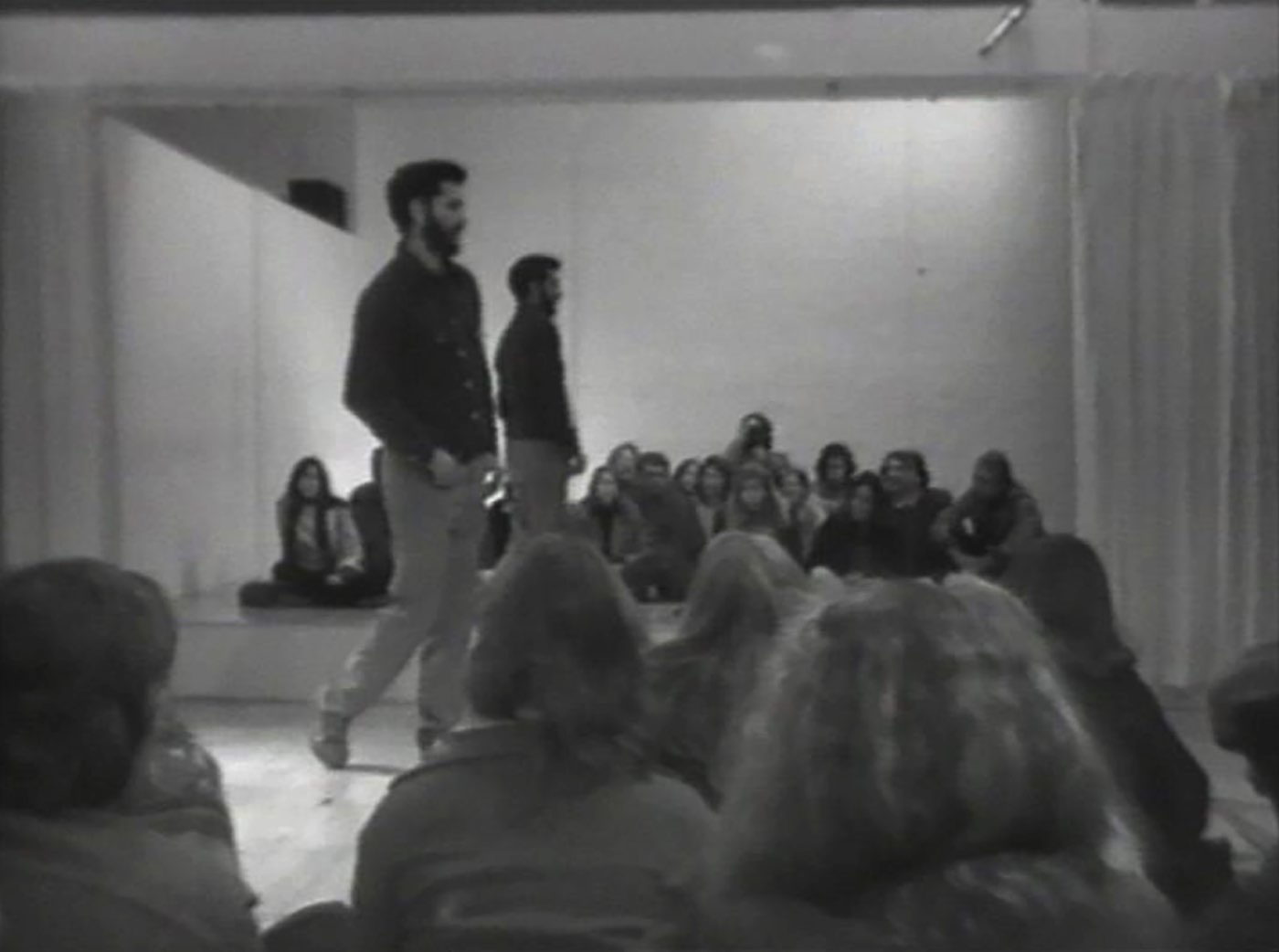 A lecture performance encapsulates processes of subjectification and embodiment, as well as desubjectification and disembodiment, in a real time event unfolding here and now for a limited duration. The immediate quality of a lecture performance is associable with both physical and virtual live events, with claiming a specific identified presence among other specific identified presences, and with being converted into a fabricated digital image in a community of fabricated digital images.

The exhibition ‘Facing the Crowd: On and Around Lecture Performance’ presents documentations of performances along with performative video works utilizing the form of a lecture, speech, or a sermon. Including works from the mid-1970s until present-day, ‘Facing the Crowd’ articulates the different ways in which language, human behavior, the artist’s body and voice, modes of verbal expression, and social identities, become the medium and material of the work of art.

While following the path paved by 1960s performance art, the presentation at West Den Haag also relies on the important role played by spoken poetry and live storytelling in contemporary art practices. It is informed by Bertolt Brecht’s method of breaking the ‘fourth wall’ to incorporate the audience as an integral part of the scene, and at the same time, responds to the videoblog aesthetic of YouTube and other sharing platforms.

During the exhibition, West Den Haag will host performances by Ed Atkins, Hanne Lippard, and Jesper List Thomsen. Please keep an eye on our website.


Ory Dessau (1979, Tel Aviv) is an independent curator and writer based in Brussels. He has collaborated with museums such as the Tel Aviv Museum of Art, Neue Nationalgalerie, Berlin, S.M.A.K., Ghent, and Moderna Museet Malmö. Dessau’s texts are regularly published in different (inter)national art magazines and is the editor of several monographs, for example, ‘Stanislaw Fijalkowski: Before and after Abstraction’