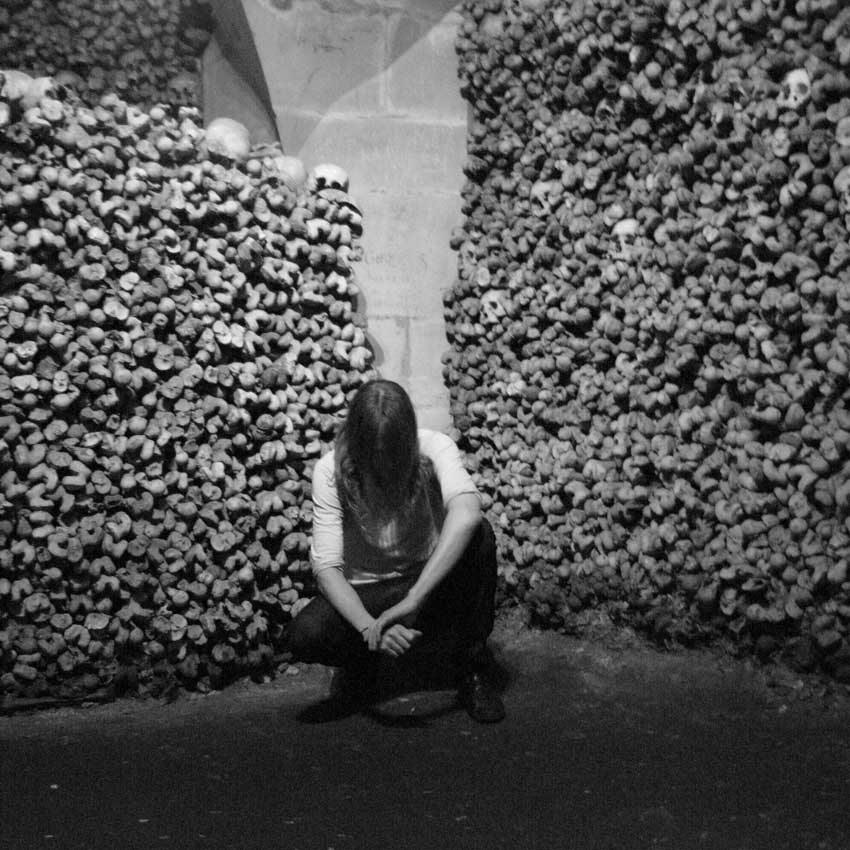 Lars Laumann: untitled, 2012
Lars Laumann’s process of creating is something entirely opposite to the old perception of the artist genius working alone on his masterpiece. Here instead a constant exchange of ideas is how the work materialises. Essential to his work are the collaborations, community and friendships that both develop with his work and is also necessary to make them happen.

This natural social structure that develops around Laumann’s work is also the starting point for this presentation at MiART 2012 where Dan-Ola Persson, a close friend, joins him to show the brand new collaborative work Por Tago (2012). The small installation consists of the sound of a few words that are repeated over and over again from an empty flat screen. The words are understood as an repetitive enumer- ation of separate articulates, the days of the week. Esperanto is the most widely spoken constructed international auxiliary language and, in 1887, created by L.L. Zamenhof to foster peace and international understanding between people from different countries. But in this ‘video’, by Laumann and Persson something completely different is at stake. The words loose there meaning and become a way of meditation. As a technique that changes the mode of consciousness. This gives the viewer space to contemplate and think about the work itself. Laumann and Persson are playing with their role as artists and they make us wonder, where is art made?

On the walls at the side West presents two new photo’s by Laumann that show a fascination in abstracting reality. We are looking at a young man sitting in front of a carefully constructed installation, a mass grave consisting of millions of human bones and skulls. He is introverted and doesn’t seem to be aware of his environment. The photo has been folded twice, it revealed the image not straight away. The image becomes an object, the person on the photo as a sculpture. The other photo shows a medieval wooden church that was dismantled and moved in the eighteen fifties from Norway to Poland.

In his art Laumann is researching ‘the free will’ and became aware of the fact that it can only be realised in the context of religion, human structures, social life and relationships. In order to be an completely free person you have to be a participant of society. In the masses individuals show their power. With the work ‘Love Parade’ (2011) we are confronted with the terrible disaster in Duisburg where, in 2010, the dance event ended in a massive crush in witch nineteen people were killed. The video is constructed with found footage of the surveillance cameras at the site. The images are softened by the clean, white amorf sculpture on which it is projected.

Lars Laumann (1977, Brønnøysund, Norway) finds his inspiration on the outskirt of popular culture and tells stories that blur the difference between high and low culture and reality and fiction. At the 2008 Berlin Biennale, Laumann showed the video installation Berlinmuren (2008), which became one of its main attractions. The video portrays the Swedish woman, Eija-Ritta Berliner-Mauer, who married the Berlin wall. Laumann displayed the film on a fallow piece of land where the wall (her husband) used to stand. Shut Up Child, This Ain’t Bingo (2009) is a documentary about the relationship between a Norwegian artist and an American prisoner on Death Row. Through telling both these stories, Laumann tries to impart something incomprehensible to the audience.
His work has been shown at the 5th Berlin Biennial in 2008 and the Liverpool Biennial in 2010, the Museum of Modern Art, New York; the Whitechapel Gallery, London; Kunsthalle Basel; West, Den Haag; Maureen Paley, London; Foxy Productions, New York and the Astrup Fearnley Museum, Oslo among many other venues.

Benjamin Alexander Huseby (1978, Norway) works with photography and installation, often juxtaposing his somewhat disparate interests in esoteric science, natural history and counter culture. His dissemination of images and subjects are connected through an idiosyncratic visual language of forms and colours. Together with Laumann he has created a very personal video ‘You can’t pretent to be somebody else – you allready are’, developed from their mutual obsessive interest in the fallen Warhol superstar Nico. Dan-Ola Persson (1975, Sweden) is a musician currently based in Oslo. He is guitarist and singer in the Swedish death metal band Cardinal Sin and has also per- formed with Entity and The Ancient's Rebirth. His latest record, with music composed for Lars Laumann's films, was released by Torpedo Press in 2010.

Rein Vollenga (1979, The Netherlands) creates sensuous, suggestive objects that can be worn as sculptural adornments; these ‘wearable sculptures’ have been commissioned by Paris fashion label Mugler and by performers including Lady Gaga. Vollenga has had solo exhibitions at Suvi Lehtinen, Berlin and Candy, Tokyo.
Press announcement from MiArt:

MiArt 2012, 17th edition. From the 13th to the 15th of April, Milan, the capital of the Italian art market, is the site of a crucial period of meetings and cultural exchanges for the annual appointment with MiArt, which once again this year presents a selection of the most preeminent galleries of the art world which consider Milan as the strategic exhibition hub for their clientele. MiArt’s artistic director Frank Boehm underlines the continuity of the two worlds, the contemporary and the modern, which are purposefully brought together within the same time frame in a single, completely renovated exhibition venue. A choice which in the intentions of the new director, who is also the artistic director of the event, is expressly designed to highlight the mutual contaminations so as to provide the best possible presentation of the period on show which runs from the beginning of the 20th century to the present day.

Galleries and art dealers are the leading figures in this exhibition as they present Italian and international collectors, curators, museum directors and art enthusiasts with the kinds of choices they have made in these unquestionably difficult times, which are consequently all focused on guaranteeing the ultimate in terms of quality in order to satisfy the tastes and expectations of collectors. This is the goal sought by all the works on show at the MiArt, representative of artists from all over the world and promoted and supported by the efforts of the galleries, which pin their hopes on the excellence and the variety of the works on show in the various sections of artistic production which include painting, sculpture, installations, photographs, drawings, video art, performance art and special site specific projects.

The result of the exhibition projects presented directly by the art dealers will be further enhanced by the new section structure outlined below:
1. Established, which will include all the galleries with a long-standing experience in both modern and contemporary art;
2. Emergent, which will feature the galleries with the most cutting edge artists;
3. Solo/Double, which is designed to show monographic exhibitions or comparisons between two artists of the past or very recent;
4. Special Project which pays tribute to curation projects.

MiArt 2012 also embraces other arts such as fashion, design and architecture, all fields in which Milan excels and to which the fair program dedicates a share of its schedule events.

The many voice conversation program led by Milovan Farronato, though restricted in terms of time, covers all artistic disciplines and periods and will provide a moment of reflection and dialogue on contemporary issues as seen through the medium of these artistic endeavours which are becoming increasingly cross-fertilizing and abound in shared references.

The “modernist text” and its re-interpretations, is the exhibition curated by Giorgio Verzotti and hosted within the context of the fair event. A number of artists from the younger generations look at the research activities that held sway between the middle of the sixties and the middle of the subsequent decade. Practices and objectives of those periods which seem to deserve to be reviewed today, almost as if their conceptual and operative validity were now being put to the test. On the other hand a number of the major figures of that experimental era are now being presented even by the more recently established galleries, as if to mark a need for confrontation with a recent past and its effects on contemporary artistic production. So works of the past are shown beside those produced very recently by young artists. A lowest common denominator, not a condition but rather an indication: abstraction based on rationalist tenets, expressed not just in painting but also in sculpture, installations and video.

A great deal of space in this edition is given over to young artists and recently established galleries.

Young artists will benefit from the “Premio Rotary Club Milano Brera per l’arte contemporanea e i giovani artisti” (Rotary Club Milano Brera prize for contemporary art and young artists), which involves the purchase of works by artists under the age of 35 which will subsequently be donated, along with the collection that will have been built up by then, to the Milan Contemporary Art Museum which is currently being set up. The theme chosen this year is painting. The jury members are Chiara Bertòla, Laura Cherubini and Christian Marinotti.

MiArt 2012 will be held at fieramilanocity, pavilion 3, from the 13th to the 15th of April with the opening ceremony taking place on Thursday the 12th.