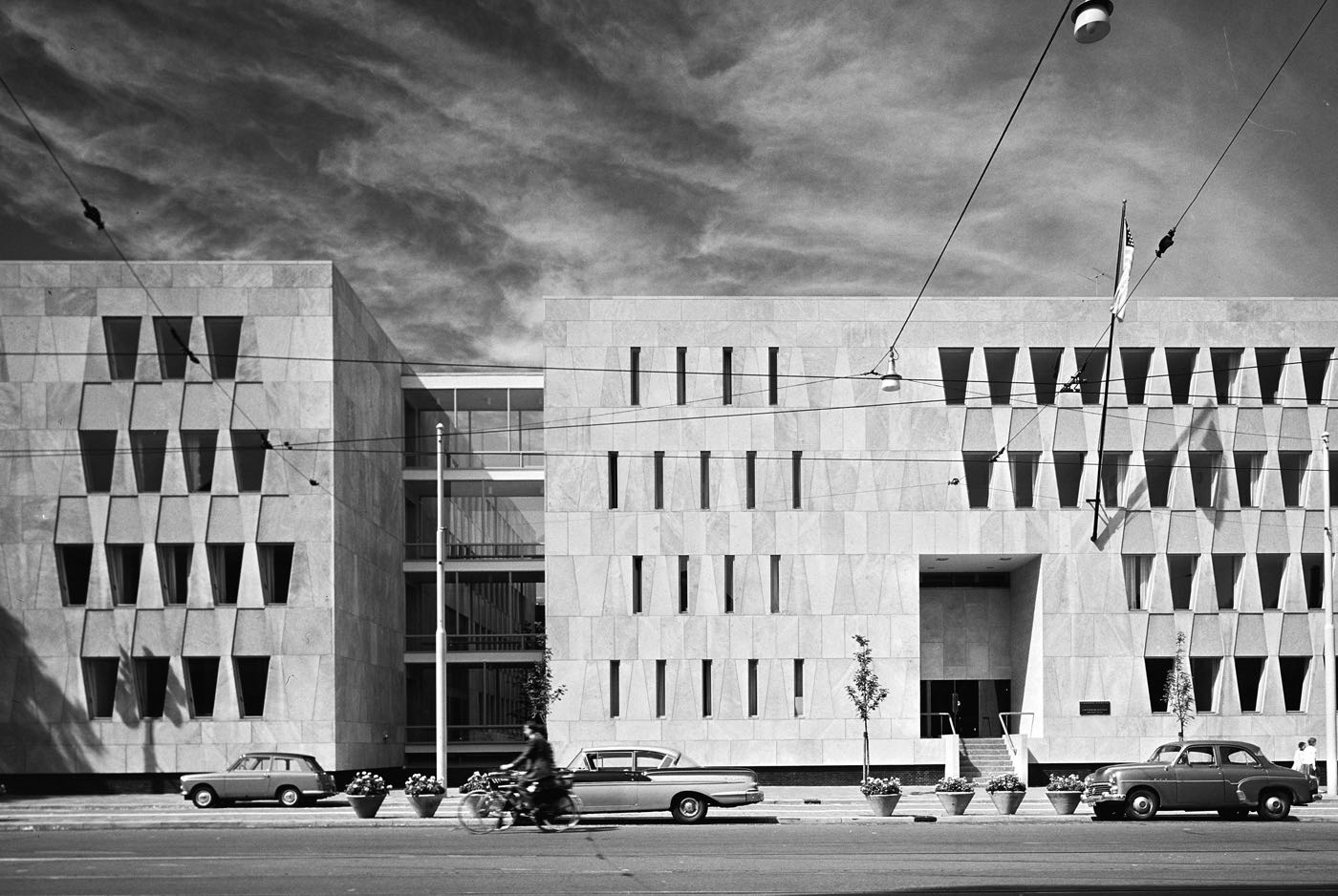 On Saturday 8 and Sunday 9 September, West The Hague and ANNA Vastgoed & Cultuur will welcome you to two locations. It is the best opportunity to visit the two special monuments for free.

Lange Voorhout 34
Huis Huguetan on the Lange Voorhout in The Hague has a rich royal history. This city palace built in 1734 was the temporary residence of William I in 1813. William II and his wife Anna Paulowna made use of it as well. Construction of the town palace at No. 34 commenced in 1734. The architect Daniël Marot, wo was court architect to Louis XIV of France, designed and built the house for Adriana Margaretha Huguetan, a wealthy banker's daughter. After her death, her neighbour Baron van Tuyll bought House Huguetan. Since he also owned the house on the other side, he was able to connect the houses with one another by building a single façade at the front. This façade was finished in 1761.
At the same time you can visit the exhibition ‘Radical Software: The Raindance Foundation, Media Ecology and Video Art’ The exhibition presents rarely seen video works and installations by Frank Gillette, Beryl Korot, Ira Schneider, Michael Shamberg and honorary members Davidson Gigliotti and Paul Ryan and also archival materials and the Radical Software journal.

Lange Voorhout 102
This American Embassy has become free due to the fact that the embassy has moved to Wassenaar, after which the municipality of The Hague acquired the ownership of the premises. In anticipation of the final destination, the municipality has allowed ANNA Vastgoed en Cultuur and a national art center for contemporary art West Den Haag to temporarily use this national monument.
The embassy building was designed by the famous Hungarian-American architect Marcel Breuer and has a unique architectonical and substantive significance. In Breuer’s oeuvre, this building (1959) plays a major part, as it is one of the first large buildings that he managed to realise. At the same time, the extraordinary window and façade construction makes this building just as distinctive as the MET Breuer museum in New York. On the one hand, this national monument is an icon of the reconstruction after the Second World War and a symbol for ‘Pax Americana’ and later the Cold War and terrorist threat. On the other hand, the building is also an important monument for what might be the most influential cultural movement of the 20th century: Bauhaus. An institute that introduced, from 1919 to 1933, a pioneering new view on the assembling of various art disciplines and technology.
By reflecting in a substantive and critical way, ANNA Vastgoed & Cultuur and West Den Haag will provide its audience with a stronger feeling for the unique cultural-historical significance of the building, and at the same time give them an insight into a new age. That is: the age of imagination.

During Monumentendag 2018, we will open the doors of both buildings to the public. In Huis Huguetan, Lange Voorhout 34, the exhibition 'Radical Software' can be seen. At the former American embassy, Lange Voorhout 102, will offer guided tours through the special library, the conference room and the ambassador's room.