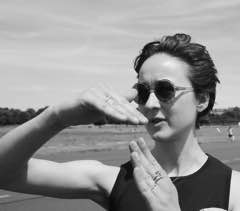 Florence Freitag
Florence Freitag is a Berlin-based dance/performance & video artist, writer, researcher & curator, working in close relationship to continuously unstable moving bodies, sounds & images. She studied cultural-media science/philosophy (B.A. Bauhaus Weimar), cinema/image practice (M.A. RUB Bochum/Sorbonne Nouvelle Paris) and dance (CND Le Mans/Lyon a.o.) and received training in various somatic, body and voice practices. working on a vast range of interdisciplinary projects, she currently is listening to unheard voices, looking for queer feminist perspectives of environmental togetherness through artistic collaboration. Since 2015 she is co-organizer of the Berlin dance and performance festival LUCKY TRIMMER. In 2016 she initiated the collective tbc together with camille käse, facilitating the workshop "camera-body-eye" and since 2019 is part of the feminist LGBTQIA+ collective Altes Finanzamt Berlin, where once a month she and others* "gather voices“, as well as co-founder of the Neisse Center for Contemporary Arts e.V. 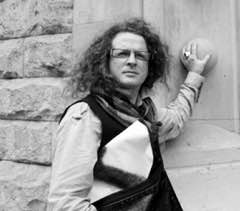 Baruch Gottlieb
Trained as a filmmaker at Concordia University Montreal, he has a doctorate in digital aesthetics from the University of Arts Berlin. From 2005-2008 he was professor of Media Art at Yonsei University Graduate School for Communication and Arts in Seoul, Korea. He is active member of the Telekommunisten, Arts & Economic Group and laboratoire de déberlinisation artist collectives. Author of ‘Gratitude for Technology’ (Atropos Press, 2009), ‘A Political Economy of the Smallest Things’ (Atropos Press, 2016), and Digital Materialism (Emerald Group Publishing, 2018) he currently lectures in philosophy of digital art at the University of Arts Berlin and in cybernetic aesthetics at the TU Cottbus. 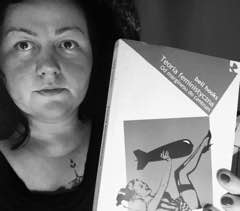 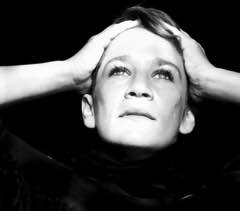 Cassie Thornton
is an artist and feminist economist working between Thunder Bay Ontario, Berlin and Oakland California. Her recent work concentrates on how debt affects the imagination, working with large and small groups to orchestrate collective rituals and practices for understanding how debt and financial suffering encodes itself in our bodies and in our relationships. Thornton is founder of the Feminist Economics Department and co-director of the Re-Imagining Value Action Lab (RIVAL) at Lakehead University Thunder Bay. She is also founder with Max Haiven of the University of the Phoenix, the world's only institution of higher education dedicated to accumulating the human capital of the no longer living.