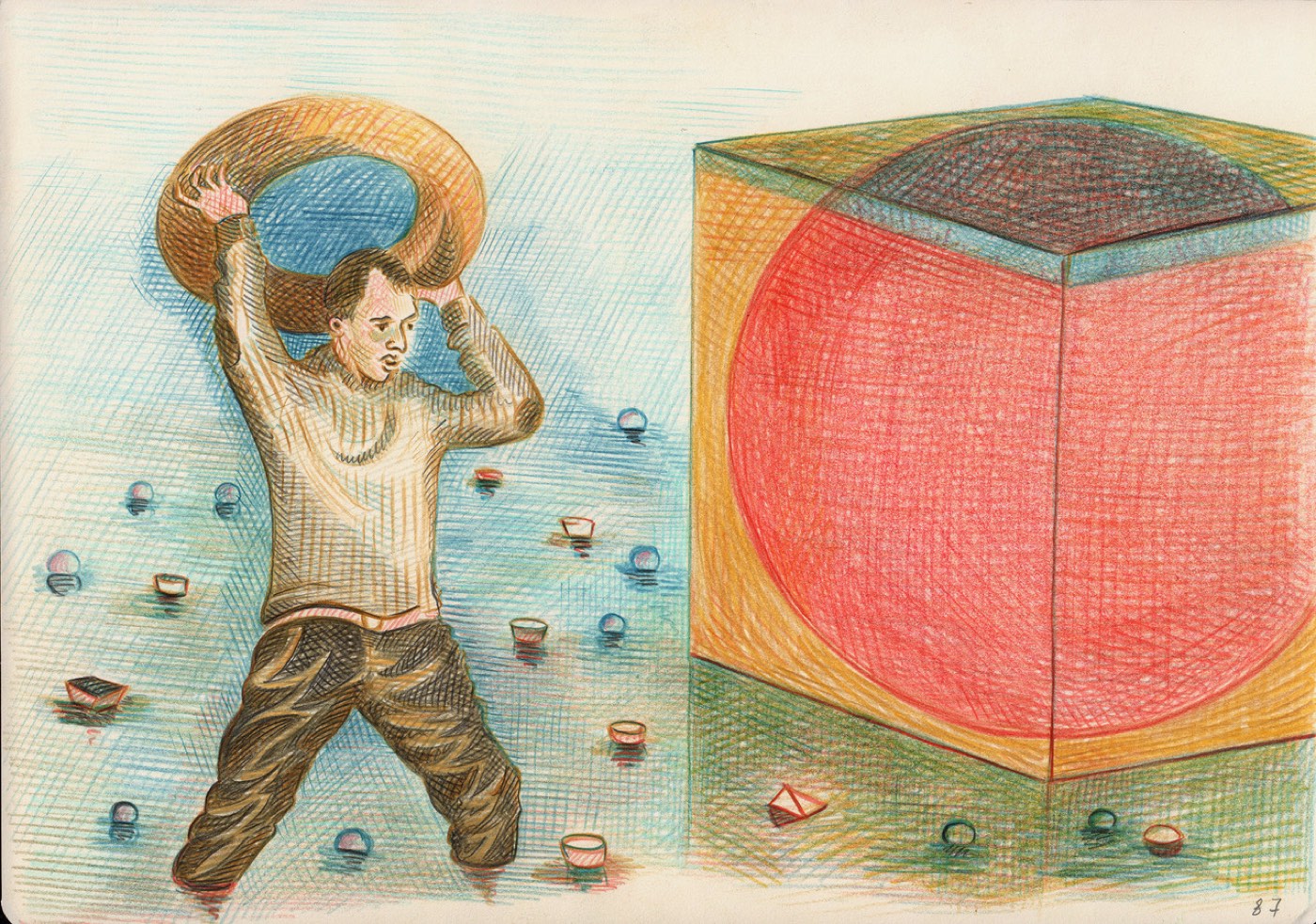 In twenty-two rooms, Mattia Denisse brings different stories together. By linking drawings and graphic images to separate words and short texts, the artist creates a world of his own. Colourful and absurd. Each time different connections are made between science, philosophy, personal perception and fantasy. In a series of book covers by an imaginary publisher, site-specific wall drawings, hundreds, sometimes very humorous, drawings and a sound work, Denisse shows the elasticity of his and our imagination.

For the series K contra K, the fictional book covers, he works with the computer, tight lines give the image a graphic appearance. The accompanying flap texts provide grip and make the work complete. In the non-existent book Theodore's Dream the text ‘...We would have to write a universal history of doors. Doors are as numerous as the possible corridors they open onto. But it isn’t enough to find the door – you have to open it....’ In the accompanying fictional commentary of the Gazette of the Society of Exotic Pathology: ‘This isn’t a book to get us to Heaven, or even Hell, for that matter. If you should ask where to then, I’d say a hole, a cave, a pantry, anywhere you can hide.’ By creating a world of its own and then commenting on it, for Denisse the snake bites its tail. It may be a quest for the useless, but at the same time it touches the essence of art. The imagination is put to work and anything is possible.

‘Theodore’s Dream’ describes a search for parallel worlds and a key that fits. ‘Polymath' Gottfried Wilhelm Leibniz (1646 - 1716) was a versatile scientist, physicist, philosopher, diplomat and one of the founders of logical thinking. For him, the most fundamental philosophical question was why is there something and not nothing? Nothing happens without reason. Logic, mathematics and metaphysics can be traced back to Leibnitz's binary system, the system of two elements or the numbers 0 and 1. In his work, Denisse adds a third, fundamental element to this binarity. The idea of 'maybe'. ‘Maybe yes’, ‘maybe no’ or just ‘maybe’. “It is this ‘maybe’ that is an inconsistency, an imperfection, an incoherence of reality and causes a rupture in our ideas, a fracture in our convictions that gives a science like ‘Pataphysics a possibility to slip in.”