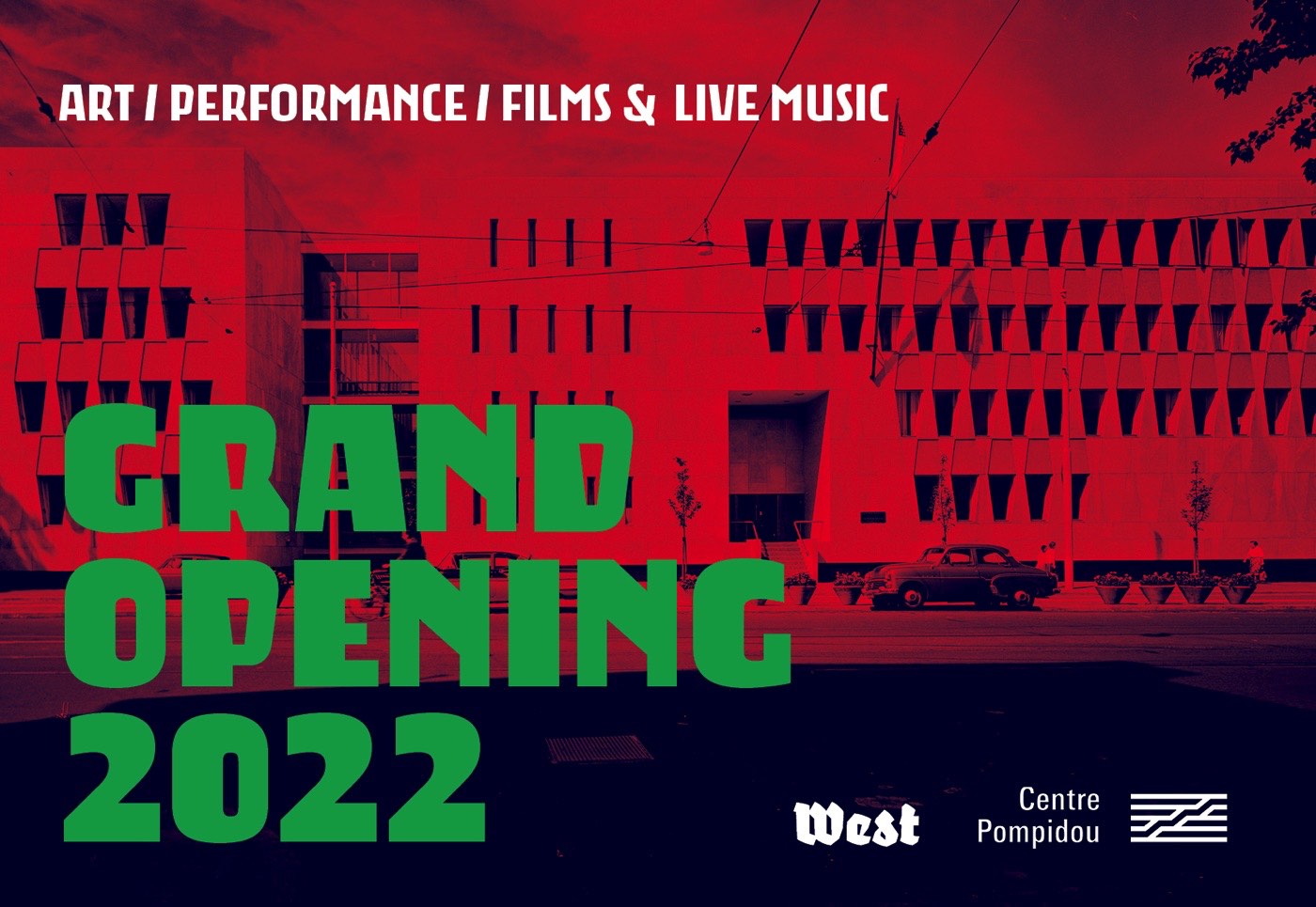 19:30: Exhibitions open
PIERRE BISMUTH (FR): Everybody is an artist but only the artist knows it
ASAD RAZA (US): Coalescence
ALPHABETUM X: The Serving Library
PAUL ROBESON (US): The Artist as Revolutionary

1. PIERRE BISMUTH (FR): Everybody is an artist but only the artist knows it
Pierre Bismuth gives us material to wonder why Beuys statement ‘Jeder Mensch ist ein Künstler’ remained a statement and not a reality to all of us. The question that arises from this is: What is creation, when does it happened and why are we not conscious about it? Bismuth work is based on unblocking matter, or to put it another way, on intuition. Bismuth is known to the general public for winning an Oscar in 2005 for best original screenplay for the feature film ‘Eternal Sunshine of the Spotless Mind’. His exhibition at West varies widely in form and includes readymades, photographs, flags, videos, food and even a modified car that once belonged to a famous Belgian art collector. Visitors can taste a new chocolate with a ‘decolonial’ flavor, specially manufactured for the Dutch public. Created in collaboration with Centre Pompidou in Paris.

2. ASAD RAZA (US): Coalescence
Dialogue is central to artist Asad Raza’s practice, which posits the artwork as a metabolic and active experience. ‘Coalescence’ is Asad Raza’s first solo exhibition in the Netherlands. Raza’s exhibition is occupying rooms on various floors where visitors experience works or groups of works in linked mises-en-scene. Combining several new works with older works reimagined for this social context, ‘Coalescence’ focuses on the struggle to integrate lived experience across barriers and separations. Raza is using actions and processes such as soil-making, tennis, and horticulture, his projects create encounters and have been realized by institutions a.o. the Whitney Museum of American Art, Kaldor Public Art Projects, Gropius Bau and the Serpentine Galleries.

4. PAUL ROBESON (US): The Artist as Revolutionary
In the new one-year-long program West is examining the inspiring legacy of Paul Robeson (1898 – 1976). A unique encounter of artistic virtuosity, celebrity, political conviction and leadership. The exhibition features films, documentaries, music and printed archival material from his activist career. As historian Gerald Horne put it, Paul Robeson was an artist and a revolutionary, a man of his time and ahead of his time, a tireless fighter for universal human dignity and a martyr to a world still not able to ensure that dignity to all.

Rhodri Davies
Rhodri Davies is a Welsh harpist working in the fields of improvised and experimental music, recognized for his very physical use of his instrument. His music is unique in its exploration of alternative methods of playing the harp, an instrument less common in the fields of experimental improvisation, while simultaneously reflecting an honest love for traditional folk songwriting, the two of which are seamlessly woven together creating very unique and expressive music. It is for this very reason he stands out as an experimental musician, as his recorded music and live performances, either solo or as part of collaborations, as physical, harsh or loud as they may be, are always driven by a desire to create melodic music.

Yeah You
Yeah You is the British electronic duo consisting of Elvin Brandhi and Gustav Thomas. Having made a reputation for themselves through their video documentations of improvised bursts of noisy beats and aggressive spoken word, often taking place during an evening walk or while driving in their car, they are acclaimed, though slightly feared, members of the UK and european experimental music scene. Although these video performances are most often made in isolation, away from unsuspecting passersbys, the two have no restraints when unleashing the same sonic explosions on live audiences as well, resulting in uncompromising, often very physical aural and visual experiences. Due to the improvised nature of their work, each show is completely unique, influenced by the space and the objects found within it.

Jéricho
Through the use of French folk instrumentation, voices and the stomping of feet, the central France based quartet Jéricho create devine musical experiences while fully embracing the desperate humanity of the act. In their own words: For the troubadours, nothingness was the expression of love's great jeopardy; absence, suspension above a poetic void, the loss of matter and meaning. Only amorous passion can temporarily repel it. But so as to not succumb you must give form to this madness, listen to the cold and the wind, taste the luminous rays and the birdsong. Giving it shape is to create: 'obrar'. Through texts from Marcelle Delpastre, Jan dau Melhau, Guillaume IX d'Aquitaine and traditional folk themes, (we) follow love's pathways, from darkness to dazzling illumination.

Acidic Male
Acidic Male is the sound based research project of visual artist and writer Puck Schot, employing electronic music as a means of exploration and expression. Attracted to the ephemeral nature of sound and it's abrasive potential, she has found a medium in which ideas she has, limited when applied through other mediums, have space to take full form. As Acidic Male, she accentuates her written work through the physically triggering use of voice, she manages to create truly engulfing aesthetic experiences through her creative use of hypnotic percussion and noise, and by employing the entire context of a club night with the social element it entails, she is capable of bring out and triggering the participants vulnerabilities when on the dance floor. It may be important to note that she refers to her choice of performing name as a 'revenge title'.