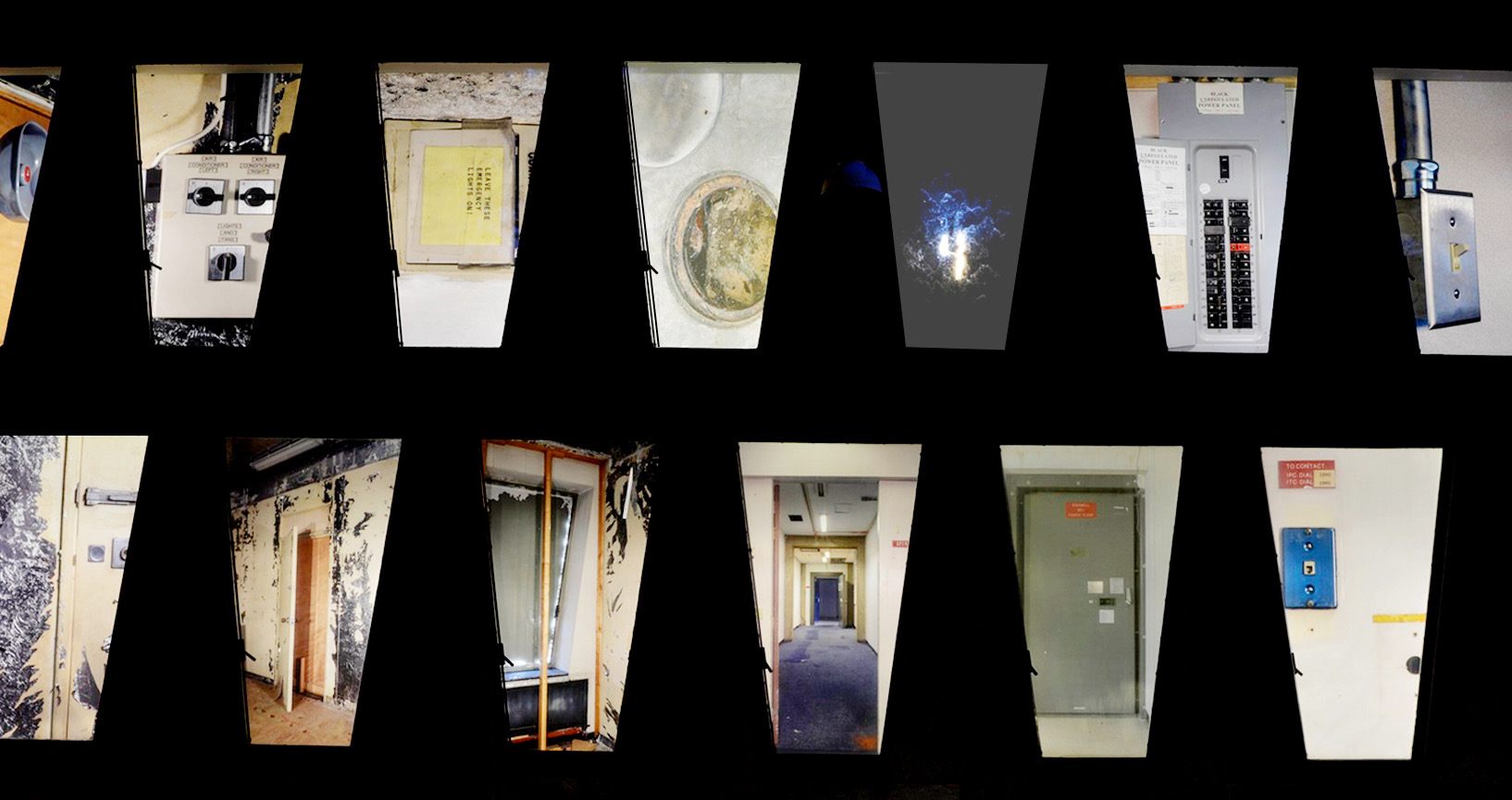 The work of the German artists Andree Korpys and Markus Löffler could be considered paranoid. By means of a punctual examination of the 'crime-scenes', they show evidence of facts that may or may not be based on reality. The American embassy, West's new location, is the ideal environment to arouse these feelings. New work, an extensive photo series of 'The Vault', shows details of the forbidden space in the building. The visitor automatically becomes a detective, a spy or a security guard. The Cold War is haunting, and the exhibition by Korpys/Löffler reinforces the atmosphere. The artists sometimes use the facilities of the press to get close to their 'objects'. All the material was shot by them, even if it appears to be found footage. The World Trade Centre in New York, Bush's state visit, nuclear football, the role of the security guard, the trampled-out cigarette butt and the novel 'The Last American' are all points of departure. The exhibition connects the location to art in a poetic way.

What is real, and what is fiction? Where does the fascination for East-West relations come from? What role does sound play? How important is the detail? What role does politics play? And which side is the artist on? Baruch Gottlieb will lead the discussion with the artists and discusses the differences between the world of cinema, short films, music and the visual arts.